Rob Pallent Bright, an apprentice at car dealership Lookers, has won two separate awards over the course of a single successful week. 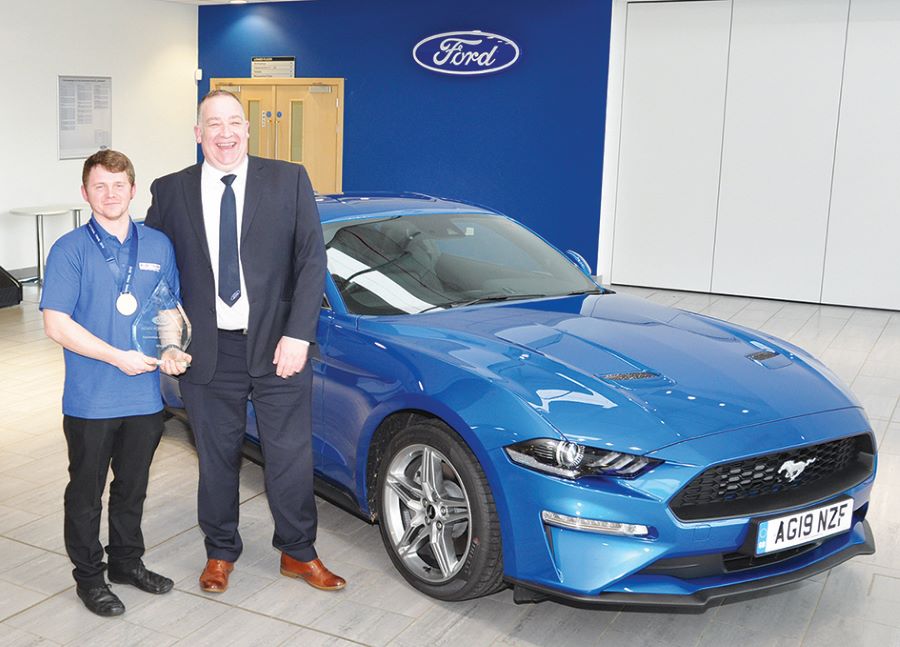 Based at Lookers Ford Braintree, Rob won the Automotive Technology category at the 2019 WorldSkills UK finals as well as being named Ford Apprentice of the Year just a few days later. Almost 600 apprentices and students competed in 70 different disciplines at the WorldSkills finals. In the Automotive Technology category, entrants are assessed their skills, knowledge and abilities to maintain and service cars and light vans. The competition was part of the WorldSkills UK Live event, which saw 72,000 people visit the NEC Birmingham to visit 150 exhibitors.

Just a few days after taking gold at the event, 25-year-old Rob was crowned Ford Apprentice of the Year at a ceremony in the Henry Ford Academy in Daventry, beating out competition from other Ford apprentices from across the UK.

“To win at WorldSkills was amazing but to follow it up with Ford Apprentice of the Year absolutely blew me away,” said Rob.

“I’ve worked so hard over the last year, so to be recognised in this way, from both a training body and Ford themselves, is a phenomenal way to end the year. I’m now looking forward to completing my training and starting out on my career as a qualified technician.”

Rob’s employer was also celebrating the win, heralding it as a major success for its apprentice scheme. According to Lookers, this year it welcomed another 150 trainees to the programme, bringing the current total to over 500.

“We are immensely proud of what Rob has been able to achieve,” said Matt Clay, group qualifications manager at Lookers.

“Winning both awards in the same week is unheard of and just illustrates how talented he is. Everyone at Lookers wishes him the very best of luck as he embarks on his career, which I’m sure will be hugely successful.”

What are the highest-paid engineering jobs in the UK?