Solar cells could become more efficient and cheaper to mass produce as a result of an EPSRC-funded research project at St Andrew’s University. 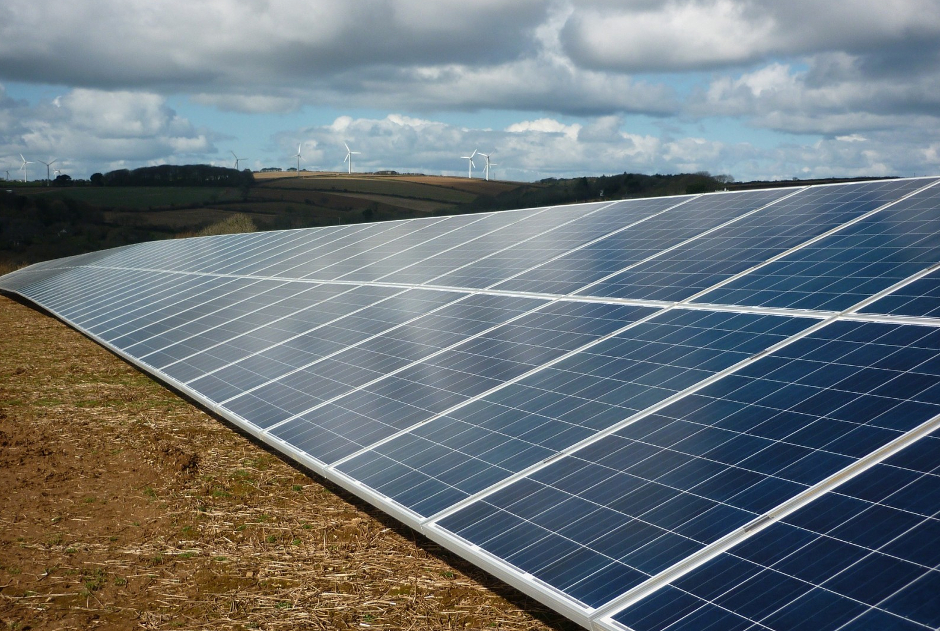 The project, led by research fellow Dr Jonathon Harwell of the university’s physics and astronomy department, aims to develop a back-contact perovskite cell, improving efficiency and making the cells easier to mass produce.

Perovskite describes a type of crystal structure, but in solar cells refers specifically to lead-halide perovskite, which is attracting intense interest because it has electrical properties like silicon. But whereas silicon must be grown slowly as crystals at temperatures of over 1000oC, perovskite is cheap to produce. It can be crystallised out of a solution of two inexpensive raw materials and deposited by methods including printing.

As a result, PSCs have the potential to be flexible, thinner and cheaper than silicon solar cells, with similar efficiency and with a lower cost of manufacture.

Perovskite solar cells are currently made as a sandwich, with the solar absorbing layer between two conducting layers for collecting positive and negative charge respectively. The top layer must be both transparent and conductive. Currently indium tin oxide is used, which is expensive and rigid. Because the light must pass through the layer before it reaches the absorber, efficiency is also reduced.

Harwell’s key aim is to produce a back-contact perovskite cell – with both sets of conductors on the back of the absorber. This can be achieved using conductors shaped as interlocking metal fingers (with different coatings to make them selectively absorb either positive or negative charge). However, the spacing of the fingers must be similar to the thickness of the absorber. For a typical silicon wafer this distance is around 50μm, but for perovskite it is 300nm. So far, no cost-effective or scalable way to fabricate the contacts at this size has been found.

Harwell had previously made diffraction gratings for lasers with features of a similar scale. The gratings were produced using nanoimprint lithography, in which a master ‘stamp’ imprints the pattern into a hard polymer, and this is then used as a mask to etch the pattern in metal. This technique allows the pattern to be reproduced quickly over large areas and Harwell aims to adapt it for perovskite cells.

Video of the week: high-speed e-motorcycle races through trials