Henry Stonehouse started working at BAE Systems Maritime Services as a graduate naval architect in 2017 and joined the Boats engineering team two years ago. Since then, he has designed a concept for a Logistics Support Craft (LSC), part of the next generation of small boats that are pushing the boundaries of marine capability. The Student Engineer caught up with Henry to find out about his career path and what life is like at BAE’s Boats team.

What first led you towards a career in engineering?

My grandpa was a Naval Architect in the Royal Corps of Naval Constructors and I grew up on his stories about his time working and training in the navy as a designer and constructor. I’ve always loved designing and creating things, and have had a passion for military history, especially naval, very likely sparked by him. As a result of this, I grew up wanting to design warships, which lead me to become a Naval Architect like him. Naval Architecture is not generally a profession most people associate with engineering but it very much is. You have to have a good understanding of all the systems and equipment that will be fitted on a vessel (which can be a lot!) and how they interact with each other, as well as knowing how to design a hull that can operate efficiently and safely in some of the most hostile environments.

What was your path like through school and university?

At school I found I was strongest at maths, physics and D&T (design and technology). Pair that with the fact that I wanted to design warships and it wasn’t hard to focus on these subjects. While looking into university courses I found that the University of Southampton offered one of the top Naval Architecture degrees in England. I managed to secure a place there and went on to have a brutal 4 years!

A degree in Naval Architecture, for me at least, was not a walk in the park. I will add here though that I am dyslexic, and was never top of my class so your mileage will likely vary. Although it was tough, and despite a lot of late nights studying, I had an amazing experience. There were a lot of great people on my course, some of whom will be lifelong friends, and through working hard I achieved better grades than I had originally hoped for and learned a great deal about myself in the process.

Did you join BAE as part of the grad scheme? If so, how did you hear about it and what was the application process like?

I originally did a summer internship with the Maritime Services Naval Architecture team in 2015. I had already heard about BAE through my own research as one of the few big companies in the UK that design and build warships. After my first year at university, I met someone who worked there and they suggested that I check out a summer internship as it was a great way of testing the water so to speak, getting paid while doing so and potentially springboarding into a graduate role. This is advice I now look back on as some of the best early career advice I have been given. I applied for a summer internship and managed to get it. I had a great summer working with the Naval Architecture team at Portsmouth Naval base (I got to spend a week surveying a Type 45!) which ultimately lead me to apply for a graduate role after university. My advice for anyone going through them is to do your research about the company (which you will have to have done to get that far) and just be yourself.

Was maritime/naval your first choice?

It was. I wanted to design warships so I focused my efforts on making that a reality. Completing a summer internship after my second year of university really helped though as it gave me confidence that I could both secure and succeed in a defence naval architecture role.

Can you tell us a bit about the LSC and its design process?

The LSC was an interesting project and the sort of task I became a naval architect for, and is ultimately why I joined the Boats team. It was taking a basic set of user requirements to do X, Y and Z, and coming up with a concept that draws from our existing products but is modified as such that it can perform the desired role. In this case, the requirements allowed me to be creative and develop a concept with some really innovative capabilities. This is really amplified in Boats. As the scale of the vessels are smaller, you are personally responsible for the whole design rather than just a small aspect of it. You also get to work closely with other teams across the business. 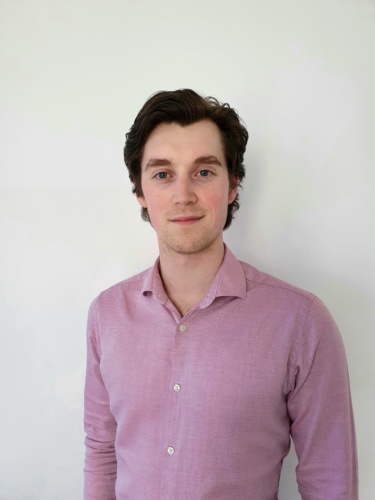 What does a typical day – if there is such a thing – look like as a naval architect in the Boats Engineering team?

To be honest I’m not sure there really is – I get involved in all sorts of things day to day and week to week. I am currently responsible for the design and build of a new vessel with a small team while working closely with production and the shop floor to complete material testing. I have had to quickly come up with engineering solutions and work with the customer to provide in-service support, write composite repair instructions, as well as develop quick concepts to respond to bids and liaise with international companies in an engineering capacity. And that is just in the last three or four months! If you ask another member of the engineering team I’m sure you will get a different list. This is really one of the things I like about working in Boats. You get to do a lot of different things and each task has a very short turn around. You don’t get stuck doing one thing for years like in other roles.

Are there any future technologies in this area that you’re particularly excited about?

Unmanned Surface Vehicles. There is a lot of exciting work going on in the autonomous space, both in retrofitting normal craft to operate autonomously and designing completely new, fully autonomous craft. I’m excited to be a part of this development over the coming years.

What advice would you give to young people contemplating a career in naval defence?

Apply for a summer internship in an area you think you will be most interested in. It will help to give you a taste of what the work is like and you can observe the different roles and responsibilities the team members have. If you do decide to pursue, then it will be much easier to get a good starting role. Other than that just go for it, there are so many awesome technologies being worked on so if you like the idea of developing and working on cutting edge technology then the defence industry is a great one to get into.

For more information go to https://www.baesystems.com/en/careers/careers-in-the-uk/apprenticeships. The closing date for this year’s scheme is 28 February 2021.