A new government competition is looking for technological solutions that could mitigate the risk to radar systems posed by offshore wind farms. 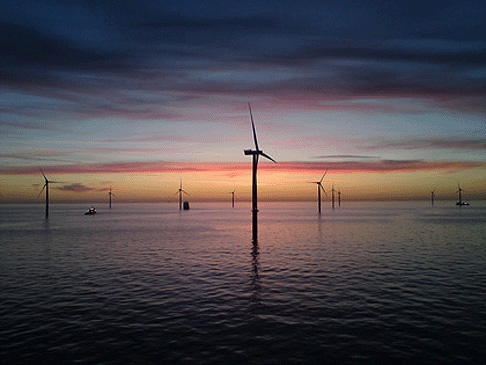 Launched by the Defence and Security Accelerator (DASA), the £2m innovation competition is specifically looking for solutions that can deliver future offshore windfarm mitigation for UK Air Defence surveillance, including alternative technologies that could fill or remove gaps in radar coverage. According to DASA, the competition should give a boost to the offshore wind sector by removing some of the barriers to more widespread windfarm rollout in UK waters.

“Crucial innovation like this is vital if we are to meet our renewable energy targets,” said Adam Moore, DASA delivery manager.

“This competition will not only help us meet our green energy needs but it will help boost UK prosperity, entrepreneurs and innovators by investing in their game-changing technology.”

Offshore turbines, when in the line of sight of radar, can have a detrimental effect on civilian and military radar systems. Radar signals where turbines are in line-of-sight comprise reflections from the static and moving elements, bringing different challenges for radar operators. While reflections from the stationary elements of wind turbines can be removed by utilising stationary clutter filters, the rotating turbine blades impart a Doppler shift on the reflection that cannot be easily removed.

“This competition demonstrates our commitment to keeping the skies above the UK safe from aerial threats whilst accelerating crucial work to allow the nation to do more to combat climate change,” said Wg Cdr Helena Ramsden, Air Capability Development, RAF Air Command.

DASA, the MOD’s innovation hub, is leading the competition on behalf of the Department for Business, Energy and Industrial Strategy (BEIS), the Royal Air Force, and the Defence Science and Technology Laboratory (Dstl). According to the government, the competition will build on the Offshore Wind Sector Deal, published in March 2019. Alongside 30GW of offshore wind capacity by 2030, the deal also set out industry targets of supporting 27,000 jobs and £2.4bn per annum of exports by the same year.

Physiotherapy at home could get VR boost

Made Smarter makes careers for women in engineering