Electric impact: What do innovations in electric drivetrains mean for cars and drivers?

The shift to electrification is one of the biggest changes the automotive sector has seen during its century-long history. In its earliest years, there was little indication as to what would provide the motive force for the new-fangled ‘horseless carriages’ and electric motors, petrol and even steam engines were developed in parallel. But after the petrol engine achieved dominance in the early decades of the 20th century, the automotive industry spent many decades refining what was essentially the same technology those early cars had possessed.

That’s not to say there was no innovation; but in the years since the introduction of the first truly successful commercial hybrid vehicle, the Toyota Prius, have seen the pace of development in the sector take off in a way it has never seen before.

The primacy of the internal combustion engine (ICE), whether in its petrol- or diesel-burning form, is now seeing what is probably its first real challenge.

But while much coverage has focused on specific aspects of this change — in particular the issue of range and how battery technology and charge management can help to increase it, and more recently the developments towards autonomous vehicles  — the issue of how using an electric motor to propel the car changes the way the vehicle functions and how its driver perceives a difference in it has been relatively ignored. Electric vehicles aren’t ICE vehicles; the change in motive force isn’t just a drop-in replacement. So what do innovations in electric drivetrains mean for cars and drivers? 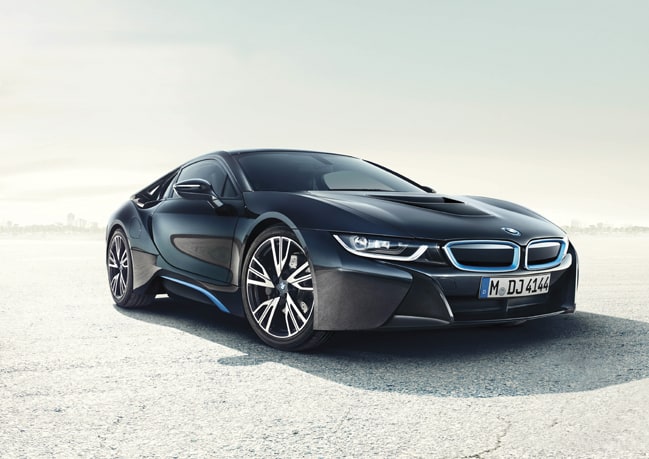 It’s fair to say that the main drivers for the switch to electric propulsion have been environmental. It was probably concern about climate change that first triggered the automotive sector’s interest in looking at electricity again: ICE systems are among the largest emitters of carbon dioxide. Alongside this and now becoming increasingly important is the other aspect of emissions: air quality. Burning petrol generates carbon monoxide and nitrogen oxides, while diesel also produces particulates; all of these can and have been reduced by fine-tuning engine technology, but as cities grow and their residents demand mobility, the detrimental health effects have become more pressing; and doing away with ICEs is the obvious (although challenging) solution. In the case of climate change, electrification of transport doesn’t eliminate the problem; it shifts it, making it an issue for the electricity-generation sector rather than automotive.

Bosch is one of the most important ‘tier one’ companies involved in electrification (this refers to companies who supply whole systems to car manufacturers, rather than making entire vehicles or just individual components), working on electric and hybrid power trains for a very wide range of major mass-manufacturers, including Volkswagen, Audi, BMW, Porsche and Fiat. According to Michael Budde, executive vice-president of Robert Bosch Battery Systems, “user experience is the main driver for the market success of electromobility. By integrating electric with automated and connected driving, the user can enjoy driving while contributing to environmental protection. In addition, we know that fossil fuels will be scarce in the long-term future, so electromobility is an important bridge to sustainability.” In general, a driver would notice a definite difference to a pure-electric vehicle or a ‘strong hybrid’ in electric mode, Budde said. These might include obvious things such as the quietness of the electric motor compared with the roar or chug of an ICE, and less obvious factors such as quicker acceleration; one of the notable differences in the performance of an electric motor is the instant availability of torque, rather than the slower build-up typical of ICEs.

Bosch’s efforts have tended to concentrate on hybrids where the electric motor acts in concert with, but can work independently of, an ICE, which is typically smaller and lighter weight than one in a similar pure-ICE vehicle. “Strong hybrids and range extenders are only an interim solution with pure electric vehicles a future solution,” Budde said. The full switch is dependent on improvements in

battery systems and power electronics, he added, with post-lithium ion technologies potentially capable of doubling the energy density of current systems by 2020 while also reducing cost.

The instant-torque ability of electric drivetrains is one that is currently being enjoyed by the lucky few drivers of the highest-end hybrid hypercars in the automotive stable. McLaren’s P3, the LaFerrari and Porsche 918 all use electric motors to boost the performance of their turbocharged engines; these suffer from a characteristic ‘turbo-lag’ which means that acceleration only kicks in a little after the driver stamps on the gas pedal. ‘Filling-in’ with an electric motor banishes this lag and gives the moneyed thrill-seekers the impression of their eyeballs being pressed into their sockets instantly. Like many innovations that started at the high end, car makers will expect the system to gradually filter down to more mainstream vehicles as it is optimised for mass production and the cost reduces. Diesel engines are typically turbocharged to improve fuel combustion (which also improves their power output) so are likely to become the beneficiary of this technology.

That torque can be used in a variety of ways. One of these is torque vectoring; which put simply is varying the amount of torque that’s delivered to the wheels on either side of the car as it turns. Used in concert with the conventional steering system, it changes the way the car feels as it goes into turns; either to make the driving experience more exciting, or to sharpen the car’s turning characteristics if it has to change lanes rapidly or swerve to avoid an obstruction. It’s among the technologies that have come down to conventional cars from motorsport, having its origin in rally cars.

This is one of the systems that Bosch is working on, as is GKN, another ‘tier one’ supplier. While torque vectoring is possible with conventional ICE vehicles, using an electronic differential on the driven axle to vary the amount of torque delivered to each half of the axle and therefore to the wheels, it’s a natural fit to electric vehicles, the company argues, because it already depends partly on electric power, making it a matter for systems integration; something GKN prides itself on. 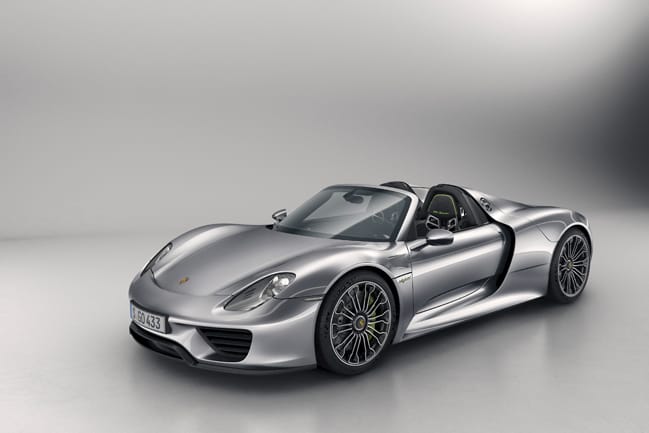 The company has recently unveiled a torque vectoring system designed specifically for hybrid vehicles. It’s based on it’s ‘eAxle’ technology, which as the name implies is an electrically driven axle system for hybrid cars; GKN developed it for the Porsche 918 Spyder and BMW i8 hybrid sports cars. “The success of our eAxle systems in sports cars demonstrated how the right kind of hybridisation creates new value propositions for the driver. We are now preparing mass-production versions of the technology that can also deliver torque vectoring,” said GKN Automotive president of technology Peter Moelgg at the launch of the system. GKN believes that by 2025, 40 to 50 per cent of cars will have some degree of electrification in their drivetrain, and that as time goes on, vehicles will derive more of their power from electricity. Currently, most mass-production hybrids get no more than 30 per cent of their power from batteries, but Moelgg expects this to rise to 60 to 70 per cent for future vehicles, even relatively small and low-cost ones. “GKN’s research and development is focused on developing technologies that can achieve this crucial tipping point for electric drives in mass production. More powerful, dynamic electric drives from GKN will help put batteries in the driving seat and create new electric driving experiences for customers,” he said.

The eAxle system uses a 60kW, 240nM motor with a 1:10 transmission connected to a dual clutch that distributes 2,400nM of torque between the wheels. GKN expects it to be available for mass-market cars within three years. The eAxle system can also give a front-wheel drive vehicle the driving characteristics of rear-wheel drive, or vice-versa, or more commonly, allow drivers the option of all-wheel drive, with its advantages in handling and grip. 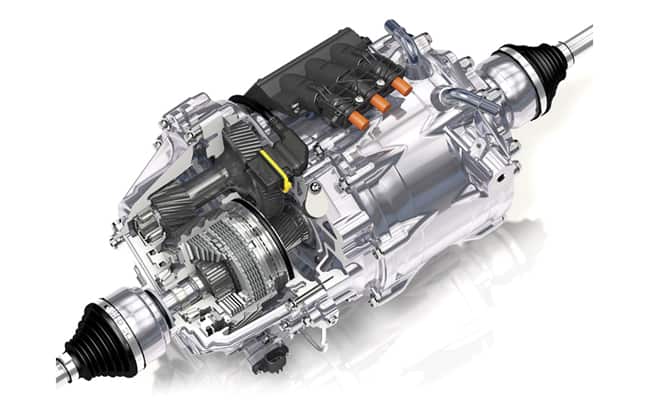 The idea of using electric technology to improve the performance of conventional cars is one that’s gaining traction. Audi, for example, is to use an electric supercharger in production vehicles to tackle the problem of lag mentioned earlier in the article. Lag occurs because turbochargers are driven by the car’s exhaust gases; they operate a compressor that forces air into the engine, improving combustion efficiency and boosting the amount of energy the burning fuel generates. Simple physics state that the pressure of the exhaust gases puts a hard limit on how effective this can be. But using an electric motor to drive the compressor gets around this limit, as the turbo effect is now independent of the engine. Switching it on provides an instant boost of power; it also allows the engine to be run at lower revolutions without compromising power. 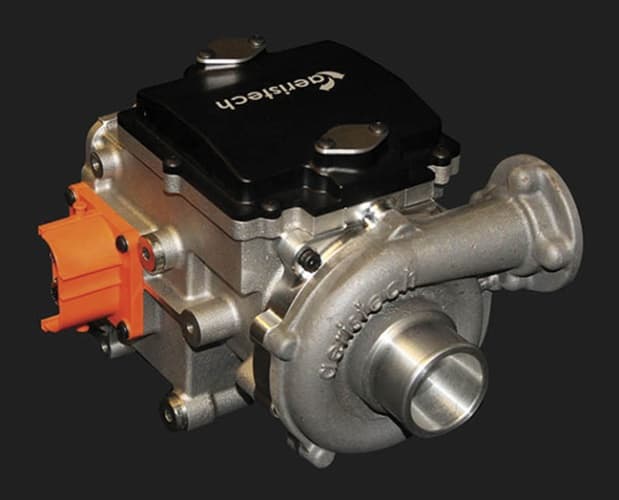 Charging infrastructure is a vital prerequisite for electric vehicles to flourish 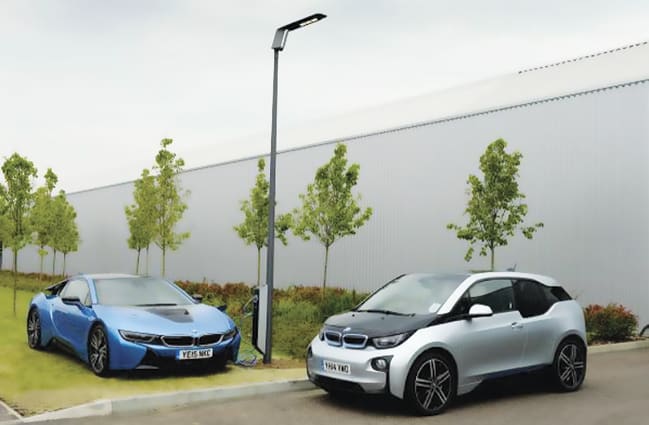 Electric vehicles may change the way we drive but another thing they will have to change is the streets themselves.

Charging infrastructure is a vital prerequisite for electric vehicles to flourish, whether they’re pure electric or one of the wide variety of hybrids. While there is uncertainty about who should provide charging infrastructure and where it should be located, one of the automotive industry’s largest players has taken it upon itself to put a metaphorical toe into the water. BMW, whose i-series vehicles are seeing it take a leading position in the electric vehicle sector, earlier this year revealed another hybrid: an LED street light that incorporates a car charger.

Given the self-explanatory name Light and Charge, the system is an attempt to simplify street furniture requirements of a road by making the necessary lighting multifunctional, thereby not cluttering up the roadside space with more items. Use of LEDs, which consume much less electricity than incandescent lighting systems used for street lighting, means that the lamps could dramatically reduce the electricity usage (and bill) for lighting. Moreover, the units are equipped with a smart lighting system that detects motion around them and only brightens when there are people or vehicles moving in their vicinity; this results in further saving of electricity and cuts light pollution, without risking safety.

“It uses so little electricity we could virtually give the power for charging away,” claimed BMW board member for sales and marketing Ian Robertson, at a recent summit organised by the Society of Motor Manufacturers and Traders in London. It also makes the system modular and flexible: “Up to four LED modules can be used to provide night-time lighting on main roads, while one or two modules are sufficient to provide lighting on side streets and in residential areas,” BMW said in a launch statement for the system.

Each Light and Charge unit is equipped with a socket that allows a standard charging cable to be plugged in, and charging is initiated by swiping a card.

Electric, Hybrid or Alternative Fuel Cars – Which Will Prevail?