But whilst Li-Ion will remain the dominant battery technology for some time to come, there is also a growing push to develop and commercialise a new generation of alternative battery technologies that could overcome some of the limitations of the incumbent technology.

We asked the leaders of three different UK research groups, all funded by the UK’s flagship battery research programme The Faraday Institution, to tell us about the status of their research and comment on its long-term potential.

What technology are you working on and what are the objectives of your research?

Prof Mauro Pasta (MP): My research group is working on a variety of battery chemistries “beyond” the current, commercial Li-ion batteries. The aim is to decrease cost, increase energy density and improve charging rate. Solid-state batteries are arguably the most promising beyond Li-ion chemistry as they hold the potential to address all these needs with the further benefit of improved safety. Unfortunately there are still some challenges that are hindering the path towards their commercialisation.

The SOLBAT (SOLid-state BATteries) project funded by The Faraday Institution that I am currently leading aims at investigating the challenges that are inhibiting commercialisation and providing solutions to these challenges with the ultimate goal of bringing this technology to the market.

Dr James Robinson / Prof Paul Shearing (JR/PS): The LiSTAR programme, funded by The Faraday Institution, spans nine university and additional industry partners all with a shared interest in the acceleration of a new battery chemistry: the lithium sulfur battery. This emerging battery chemistry has some significant advantages particularly when considering the overall weight of a battery system, but is less commercially mature than Li-ion.

Prof John Irvine (JI):  Through the NEXGENNA project, we are aiming to put on the path to commercialisation a safe sodium-ion battery with high performance, low cost and long cycle life. Sodium-ion batteries (SIB) promise to revolutionise the area of low-cost, safe and rapidly scalable energy storage technologies. The use of raw elements obtained ethically and sustainably from inexpensive and widely abundant sources makes this technology extremely attractive.

What are some of the potential advantages of your technology over conventional lithium-ion batteries?

MP: In solid-state batteries, the liquid electrolyte used in conventional Li-ion batteries is replaced with a solid, bringing along a suite of advantages. The superior stability of a solid empowers the use of more energy dense materials that are not compatible with a liquid. This includes metallic lithium, the most coveted anode material since the invention of Li-based batteries. A successful implementation of metallic lithium anodes would provide a step-change in energy density and potentially a significant cost reduction.

The high conductivity of the new generation of inorganic sulphide-based solid electrolytes, coupled with their ability to selectively conduct Li-ions, holds promise for superior charging rates comparable with traditional internal combustion engine refuelling. Lastly, the intrinsic stability of inorganic ceramics compared to flammable organic liquid electrolytes used in commercial Li-ion batteries would provide an intrinsically safe battery chemistry. What we are looking to develop is a “no-compromise” battery chemistry that would power up electric vehicles with range, charging time and cost comparable with current internal combustion engine vehicles.

The inherently lower cost of the materials used in Li-S electrodes materials are low-cost alongside the more sustainable, and secure, supply chains provides a benefit in terms of the cost of the ‘bill of materials’ as well as potential to significantly improve sustainability. From a performance perspective, Li-S batteries have the potential to store more energy per unit weight compared to Li-ion batteries, this is due to the ‘gravimetric capacity’ of the constituent materials, which offer the potential for high energy, low-weight batteries. This factor becomes critical in weight sensitive applications such as the electrification of flight.

There are numerous further possible benefits which include safety, which we are examining in the LiSTAR programme and the opportunity to engineer a new battery from the ground up. This provides some exciting opportunities to embrace best practices that have been learnt in the development of Li-ion and other battery chemistries to accelerate the commercialisation of Li-S technology and consider end-of-life scenarios from the beginning.

JI: Advantages relate to avoidance of critical and costly element such Li, Co and possibly Ni in electrodes and avoidance of need for Cu in negative electrode current collectors.  Sodium ion batteries also offer important safety benefits, notably the ability to ship batteries in an “empty” state which facilitates both distribution and installation.  These features greatly enable applications where weight/volume is not of concern, such as off-grid energy storage, load levelling and starting-lighting-ignition batteries, covering a potential worldwide demand of ≈ 1 TWh.

That said, recent advances in thinking around battery pack structures suggest that sodium ion batteries may be easier to assemble into packs than the highest performing lithium-ion technologies.  As current power and performance levels are sufficient to suggest that sodium ion may well deliver suitable technology for implementation into the larger electric vehicle markets, global interest in sodium ion is booming.

What is the current status of your research and how close to commercialisation is the technology? 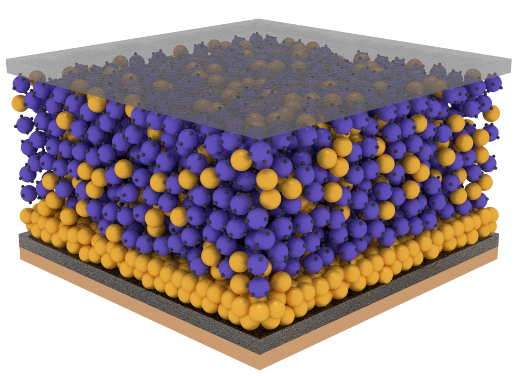 In the SOLBAT project, we have divided these challenges into four main areas: anode interface, cathode interface, modelling and manufacturing. The challenges at the anode-solid electrolyte interface are mostly associated with the phenomenon of dendrite formation, the growth of metallic lithium filaments leading to short circuit and cell failure. At the cathode-solid electrolyte interface the loss of contact between electrolyte particles and a volume-changing active material upon charging and discharging leads to rapid capacity fade often requiring impractical stack pressures to achieve long-term cycling. Coupling electrochemistry and mechanics is at the core of these challenges and the focus of the modelling activities in the project. Understanding and providing solutions to the roadblocks that might prevent solid-state batteries from being manufactured at scale and at cost is essential to their future success. Recycling-driven design considerations need to be considered and implemented at the stack design stage to mitigate some of the challenges that Li-ion batteries are facing.

In the past five years, the scientific community as a whole has made great progress in developing this fundamental understanding. In parallel, automotive companies have heavily invested in solid state batteries R&D and in startups aimed at commercialising solid state. Solid state battery prototypes are already available and more will be developed in the years to come. On the other hand, for the aforementioned “no-compromise technology” to be able to power the next generation of EVs, we might need to wait a bit longer.

JR / PS: Li-S batteries have been established as a next generation battery technology for some time, but in recent years we have seen an acceleration in the development and deployment of these batteries in real-world applications. Notably, the use of Li-S batteries in unmanned aerial vehicles has led to some exciting demonstrations. Around the world, there are numerous large scale programmes in industry and academia focused on this battery chemistry, and with this critical mass, we are witnessing some rapid and very promising developments. Some challenges still persist, which include extending the operating temperature range of the battery, improving the rate at which the battery can charge and discharge, and as with all battery research programs we are keen to extend the lifetime of cells. 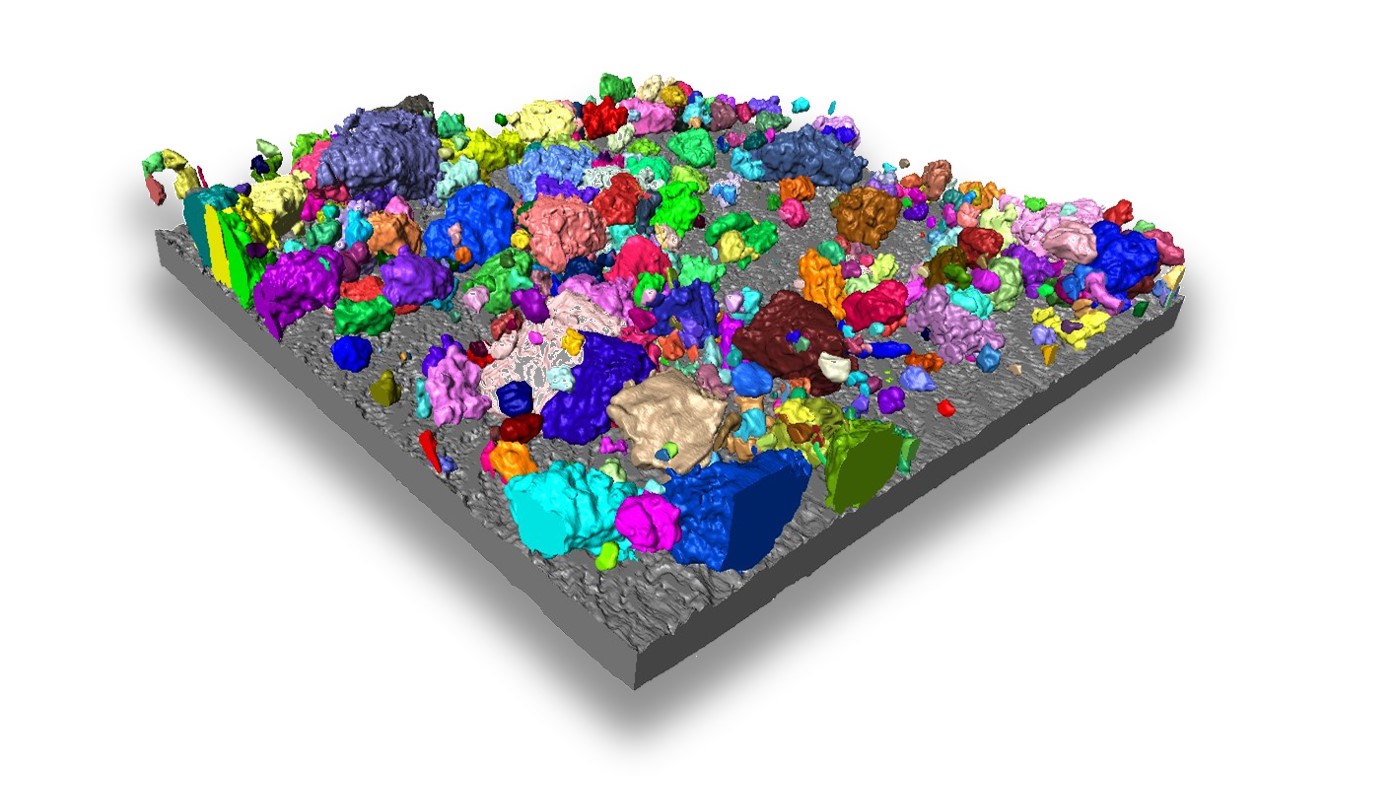 In the LiSTAR programme, our works spans fundamental science and its translation to real-world devices. By adopting this twin pronged approach we are continuing to explore the mechanisms that govern the battery performance, and rapidly translate this understanding to high performance prototypes with input from our industrial partners which we hope will accelerate the commercialisation of the technology in the coming years.

JI: Given the similarities in fundamental working principles and materials used in SIBs and the well-known rechargeable LIBs, swift implementation of this technology into the market is expected by using existing battery manufacturing lines.  There is significant commercial interest around the globe and a range of technologies are being considered (e.g.positive electrodes being layered oxides, Prussian blue analogues and vanadium-based polyanionic, compounds; negative electrodes being hard carbon, oxides; and aqueous and non-aqueous electrolytic solutions), , highlighting the immense scope of SIB materials research by developing new chemistries for positive and negative electrodes and electrolytes.

Of critical importance in effectively bringing together the different elements of the battery structure, is characterisation of the SEI under operando or in-situ conditions to provide a good insight to the behaviour of this layer, and to draw correlations between electrolyte and electrode formulations, physicochemical properties of the SEI and battery performance. Similarly, understanding the long- and short-range processes occurring in electrode materials during battery operation is vital to characterise the charge compensation mechanisms occurring in the different families of SIB materials.

More on batteries from The Engineer

FutureCat plugs into next generation of lithium-ion batteries