Accounting for around three per cent of global CO2 emissions, the shipping industry poses some major challenges when it comes to decarbonisation. The Engineer spoke to three different players in the sector about their various approaches to turning marine green.

What green shipping technologies is your organisation is working on?

JJGA: Ulstein is approaching the decarbonisation of the industry in the same way that we have approached our ship design activities until now, holistically and systematically. Ulstein’s vision is to create tomorrow’s solutions for sustainable marine operations. This has required us to understand the needs of the operations – what is the vessel going to do and finding a smart way to support those needs in a sustainable way.

Zero carbon shipping is a complex choice of alternative fuels. There is not one unique solution to decarbonise shipping. Each vessel type, region of operation and type of operation will lead to the selection of a preferred solution. In any case, we at Ulstein believe that more sustainable shipping operations will require the combination of four strategies: i) reduce energy consumption - by smarter hull designs – like Ulstein X-Bow,  X-Stern and Twin X-Stern, ii) use of greener energy sources – like methanol, hydrogen, ammonia or nuclear power, iii) smarter use of energy onboard – enabled by the use of hybrid power plants and battery energy storage systems, and iv) more efficient vessel operations – enabled by digitalisation and smarter use of data from operations. Ulstein is actively working with all four strategies and implementing them both in new-builds and vessels in operation.

BØS: On the two-stroke side, MAN Energy Solutions’ green journey began in 2011 with a full-scale test of a dual-fuel ME-GI (Gas Injection) engine at its Research Centre Copenhagen, followed by the first delivery in 2014. A low-pressure equivalent, the ME-GA engine, has since entered the market.

The first engine tests of the ME-LGI (Liquid Gas Injection) platform began in 2015, followed by the first sea-trial for the ME-LGIM (methanol) engine in 2016. Development of an ethane (ME-LGIE) unit followed in 2016 and ammonia-fuelled two- and four-stroke engines are also due to enter the market within the next few years. In general, on the four-stroke side, since the introduction of its four-stroke DF engines in the mid-2000s, MAN has made excellent progress in reducing methane slip. 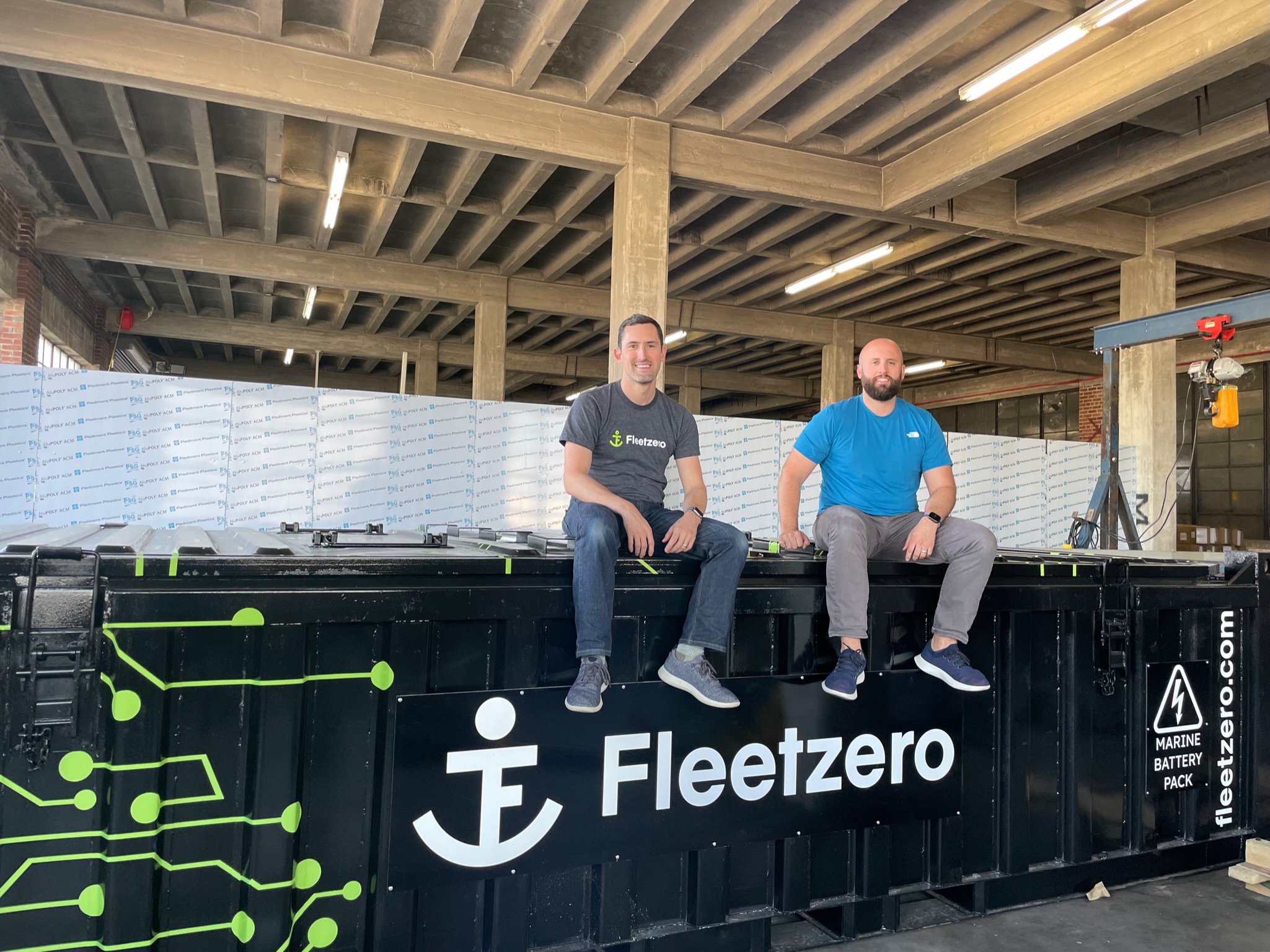 SH: Fleetzero is building battery-electric cargo ships to affordably decarbonize ocean freight. Our ships are powered by large battery packs designed into modified shipping containers - the same type of containers you might see carrying cargo on a truck, train, or ship. Containerized batteries allow us to easily adjust the number of batteries a ship needs on any given voyage while also allowing us to remove the batteries for charging and maintenance. Our batteries are built with unprecedented energy density and ruggedness specifically for the harsh marine environment.

What are some of the big engineering challenges associated with your approach to green shipping?

SH: Range. Batteries are still far less energy dense than liquid hydrocarbons. Our core innovations lie in ways to build incredibly energetic batteries and get the most distance out of them at sea. Another challenge is battery safety in a marine environment- specifically in designing batteries that are resistant to excess heat and fire conditions. We’ve developed many innovations that make our batteries much safer than the status quo for batteries used in other industries.

JJGA: The ongoing agenda for decarbonisation of the shipping industry is still surrounded by a set of technical, commercial, and operational challenges that need to be catered for during the design and engineering process of new vessels.

Technically, decarbonising shipping requires the use of alternative energies, new operational patterns, alternative ways of using energy onboard and many more implications. Thus, we as ship designers and shipbuilders are required to adapt our working processes – Rules and Regulations are under development, requiring case by case, risk based approval process, use of new and alternative technologies – different fuel densities, stricter fire and explosion requirements, higher redundancy, and to implement flexibility in our designs so that the vessels can be adjusted to the future uncertain market conditions.

In other words, we have adapted our ship design and engineering processes to support ship owners in the challenging process of ordering their sustainable vessels.

BØS: In light of decarbonisation within the marine sector, MAN Energy Solutions notes that the modular design of its conventionally fuelled, low-speed ME-C engine portfolio lends itself to extensive retrofit options in regard to alternative green fuels, and that such retrofits already have a proven track record. Indeed, the company has already completed 16 such projects since 2015.

What level of emission savings could be made if your technology is widely adopted?

SH: Shipping is estimated to emit a growing 1 billion tons of carbon each year and is a significant source of SOX and NOX emissions that are harmful to human health - especially to those in coastal communities and to mariners working aboard ships. Switching ships to battery-electric solves these problems by storing clean grid energy aboard vessels which have zero emissions when operating.

BØS: In light of the fact that three per cent of worldwide CO2 emissions are caused by shipping, right now and medium-term the company sees LNG as a good fuel to meet environmental standards and to reduce CO2 by up to 20 per cent.

Beyond this, proposals are well advanced for the production of carbon-neutral synthetic hydrocarbon gases, such as SNG (Synthetic Natural Gas), utilising green hydrogen and carbon captured from the atmosphere or other sources. Significantly, SNG is chemically the same as LNG but, thanks to its production from green hydrogen, is carbon-neutral and ideally suited for combustion in both two- and four-stroke dual-fuel engines and for progressive blending with LNG as the proposed steps in the Maritime Energy Transition advance.

Similarly, with MAN Energy Solutions’ methanol engine, you can start to blend in green methanol with blue or black methanol (i.e. from industrial or natural gas) and increase the green percentage as the market allows.

JJGA: Anything is possible and feasible if the right context is in place. We are working on projects ranging from 40 to 100 per cent emission reduction. With existing technology, we can achieve over 40 per cent savings today. One example is the exploration cruise vessels developed by Ulstein for SunStone Ships. According to one of the charterers, Albatros Expeditions, these vessels have demonstrated up to 60 per cent lower energy consumption compared to the previous generation of vessels.

Another example is the factory stern trawler developed by Ulstein to Bluewild, where the calculated energy savings can exceed 40 per cent. Zero emissions will be possible if the right technology pathway is fulfilled, and we have described two scenarios leading to it: a) by use of green hydrogen, b) by use of thorium and batteries. 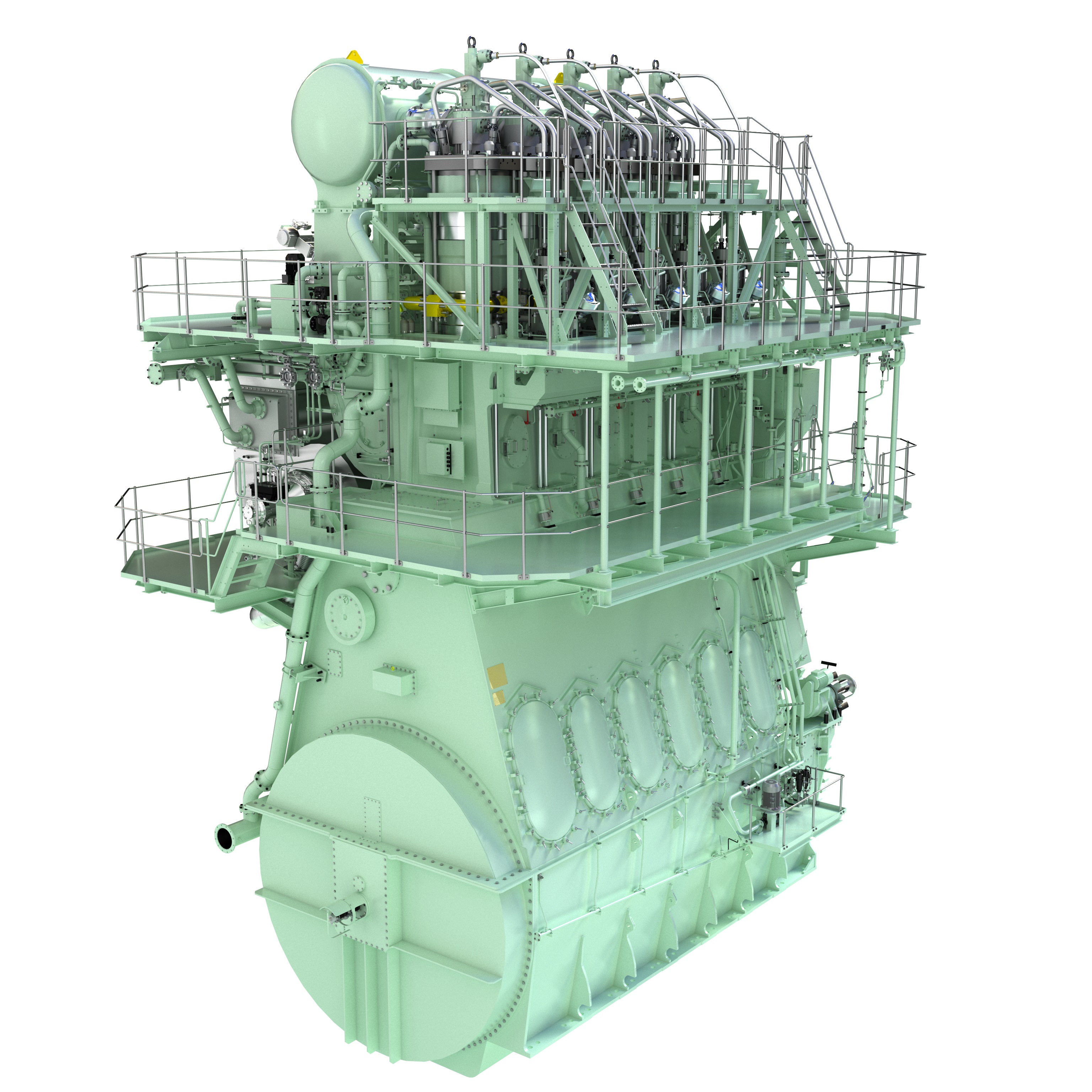 Are you hopeful the IMO’s target of a 50 per reduction in CO2 emissions by 2050 can be attained by the shipping industry?

BØS: Today, the Maritime Energy Transition is already technically feasible and underway on a limited scale. However, setting the framework conditions that will enable the global availability of synthetic fuels and their economic usage in shipping will be one of the most decisive political tasks in the coming years.

Decarbonisation in shipping can only happen by decarbonising the fuels used in internal combustion engines. Thanks to the Power-to-X process, renewable energy can be converted into green hydrogen and other, synthetic, climate-neutral fuels. The industry is already developing engines that run on such zero-emission fuels, but making the decision to ramp up green hydrogen and synthetic fuel production requires a clear political course and global regulations.

SH: Not without significant innovation. Besides Fleetzero, other proposed technologies to reduce shipping emissions come with great economic, safety, and environmental tradeoffs. Hydrogen and hydrogen-based fuels such as ammonia or methanol suffer from extremely poor economics as do bio-fuels. Additionally, hydrogen-based fuels are extremely flammable when compared to the hydrocarbons the shipping industry is used to handling. Ammonia and methanol are both lethally toxic to humans and wildlife. All of these hazards mean, ammonia, methanol, hydrogen, and bio-fuels will be very costly and difficult to scale as marine fuels. Fleetzero’s is the only solution that leverages existing global infrastructure and is rapidly scalable.

JJGA: We are optimistic and for the future of the industry hope this can be achieved. However, we cannot wait and see, and we need to start making it possible today. We believe that concepts like Ulstein Thor can enable IMO’s 2050 target, and will work towards its realisation, together with other enabling technologies.