Internet of wings: the rise of aerospace 4.0

Aerospace, by its nature, has to take a conservative approach to new technologies. Failure at 30,000 feet has consequences not commonly found in other engineering sectors, and a low tolerance of risk is inevitable. As a result, the aerospace industry has perhaps not enjoyed the same benefits of digitalisation that less risk-averse sectors have. But at this year’s Farnborough International Airshow, the winds of change were blowing. 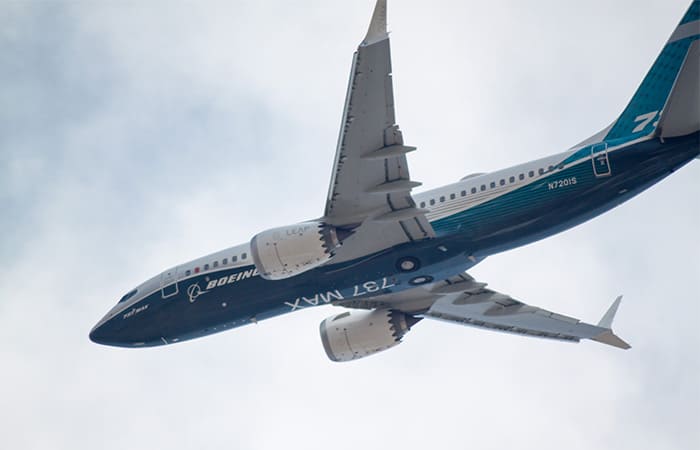 For the first time, Farnborough hosted an Aerospace 4.0 Zone. Exhibitors included SAP, Deloitte and Frazer-Nash Consultancy, alongside organisations such as the High Value Manufacturing Catapult and Sheffield’s Advanced Manufacturing Research Centre (AMRC). While a range of digital technologies was on display, additive manufacturing (AM) and its potential benefits were undoubtedly the focal point.

“There are massive opportunities in aerospace for AM,” Andy Brooker, additive manufacturing development manager at Frazer-Nash Manufacturing, told The Engineer. “It’s kind of the perfect technology for it.”

According to Brooker, the manufacturer has been working with several space companies over the past five years, laying a foundation for moves into the wider aero industry. But where space start-ups can perhaps tolerate some of the risks associated with nascent technologies like AM, the aviation giants must tread more carefully. Added to that, certification to operate in the sector can be time- and cost-intensive.

“We’ve just passed our second stage initial audit for AS9100 approval, and we now we go into a three-month cooling off period where they do all the investigation and check it all,” Brooker explained. “So we should get that for the entire company around October. That’ll enable us to go directly to aerospace companies like Boeing and Airbus.

“It’s a lot of expense to pay out when there’s no real guarantee of return. I think AS9100 is about £20,000 for the initial audits, so unless you’re going to get £100-150,000 back in business, it’s kind of difficult to wage it. Because we already work with space companies, we can justify it without spending out for it.”

Where Frazer-Nash Manufacturing has an advantage, said Brooker, is in its roots as a traditional machine shop. High-end AM parts will often require some CNC finishing, which the firm can easily provide, allowing it to offer an end-to-end service to the customer. Despite this, he doesn’t expect the company’s push into aerospace to be a gold rush, describing the process as more of a “slow burn”.

“Aerospace is incredibly slow moving,” said Brooker. “But it’s an interesting time to be in aerospace.”

Luke Hill, project engineer at the AMRC, agreed. But, like Brooker, he acknowledged that certification is undoubtedly a barrier to entry, especially for smaller manufacturers. “I think certification is still one of the big challenges,” Hill explained. “Because we’re a research institution, in theory we’re in a good position to help with the certification side of things.”

Inextricably linked to the certification issue – and perhaps the biggest challenge facing AM – is repeatability off the production line. Adoption will only gain momentum once there is confidence across the whole supply chain that parts are being produced exactly in accordance with their CAD dimensions, to tolerances that consistently compare with traditional manufacturing. It’s an area that Hill is exploring at the AMRC, and one where simulation is playing an increasingly important role.

“One of the big problems for certification is the residual stress,” said Hill.  “How do you guarantee the parts have come off the way they should? How do you guarantee the part is going to be anywhere near the CAD model? So we’re doing a lot of work at the moment on managing residual stress so you can minimise the defects during build, and also looking at simulation beforehand so you can understand how the part is going to behave.”

Speaking to The Engineer at Farnborough, Paolo Colombo, aerospace and defence director at software giant Ansys, said advanced simulation tools are helping to drive innovation by giving engineers greater confidence and understanding of a range of new approaches and technologies.

these things are bringing a huge amount of innovation,” said Colombo. “If you want to keep pace with it you have to either bring more risks into the equation or find a way to keep those risks lower, and this is where simulation is playing a big role.”

AM has huge promise for the aerospace sector because of how it enables manufacturers to optimise the topology of components and reduces weight. But while AM is already used to produce a number of aircraft components, its application is limited. Echoing the comments of Hill, Colombo noted that concerns over the variability of parts was holding the technology back.

“In an AM machine many phenomena are happening,” he said. “You never have a good part the first part you bring back, and there are some deformations that are very hard to predict even if you are very experienced.”

However, in a development that Colombo said could be truly “revolutionary” for the sector, Ansys has recently developed a simulation tool for selective laser metal sintering that understands and predicts the variabilities arising from AM. It then feeds this information back into the process and automatically changes the geometry in such a way that the end component exactly matches the desired design.

Based on technology developed by 3DSim, a company acquired by Ansys in 2017, this multi-physics simulation tool takes into account a host of complex thermal, mechanical and electronic factors, explained Colombo. As well as understanding the performance of the machine and the process – for instance the complexities of what’s happening at the melting point – the tool also factors in the behaviour of the part immediately after the process.

“When you have the part done there is a certain amount of time where it is ‘moving’ because it’s cooling and so again you want to understand the stresses and the probability that the microstructure of the part is the structure that you want,” he said.

Another area where he expects simulation to play a prominent role is in the development of electric aircraft, a major emerging trend for the sector.

“We don’t have experience in putting powerful electrical systems in a flying environment – nobody has it, it’s something new,” said Colombo. “So, if you want to build experience very quickly and explore the design space to understand the problems that could arise or what happens when you put the whole system together – you don’t have any alternative to simulation.”

Here again, the ability to carry out complex multi-physics simulations that take into account a huge number of variables will be key to helping get the technology off the ground.

While simulation clearly plays an important role in driving forward new innovations, Colombo believes it’s also becoming a useful tool for the regulators who will ultimately determine whether these technologies fly or not.

“Most of the time you have to go for a physical testing route,” he said, “but there are a number of conversations going on with the regulatory entities about the need to have simulation as part of the certification process.”

The rise of the industrial internet

Adrian Moore, chairman for the Isle of Man Aerospace Cluster