The roads are yet to be dominated by fully electric passenger vehicles but that isn’t stopping the development of large electric vehicles weighing several tons.

As reported previously, a Swiss consortium is to electrify a Komatsu diesel dumper truck capable of transporting material down a quarry 20 times a day. Regenerative braking on the journey downhill will power up the truck’s 700kWh battery pack and reclaim more energy than is required to make the return trip. Excess power could then be fed back into the grid, according to the truck’s developers.

This led us to ask if electrifying large vehicles is practical, and over 500 respondents were largely optimistic that it is. 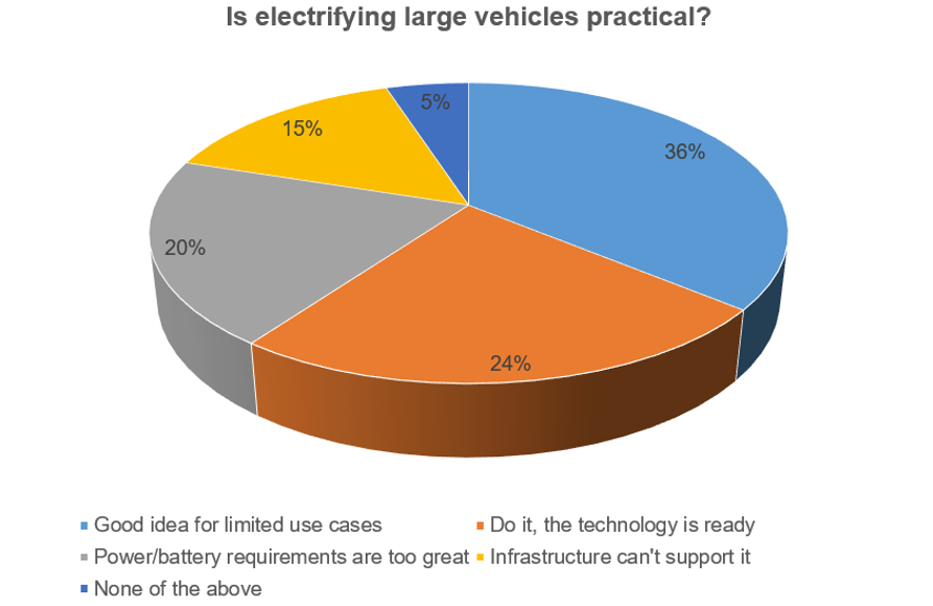 A total of 36 per cent of respondents agreed that it is a good idea in certain applications, whilst 24 per cent thought the technology ready to be applied to trucks.

A fifth of those who took part thought that the electrification of trucks is hindered by power/battery requirements, and 15 per cent held the view that infrastructure can’t support it. The remaining five per cent couldn’t find a fit, electing instead to choose the 'None of the above option'. 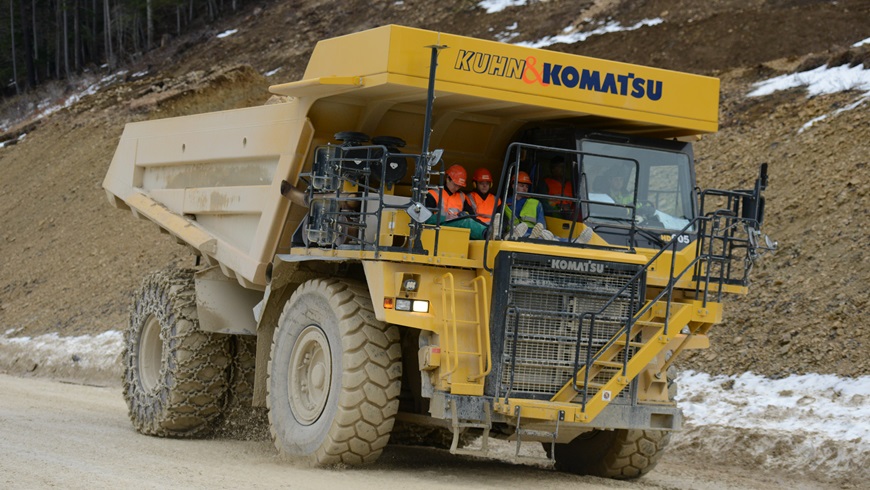 The Poll generated a good deal of debate, with many of the 40 comments making reference to the Swiss consortium’s plans for the Komatsu diesel dumper truck. Of the question posed by the Poll itself, Nick Cole said: ‘Yes technology can make these things work, but only in special cases. The power requirements are enormous and cannot be sustained for general purpose vehicles which require refuelling in a matter of minutes and not hours. And as yet the infrastructure is to all intents and purposes non-existent. Fuel power density, transportability and flexibility is the key.’

George Cramp added: ‘…the batteries will be very heavy and charging will be a problem. To overcome this, use compressed H2 and then drive the vehicle's electric motors with no pollution and very fast charging and no problems with sourcing lithium and cobalt. The technology for catalytic hydrogen manufacture exists already. It uses a lot of electricity but we will soon have an abundance of this with turbines and solar if the government allows this to be built.’

Finally, John Patrick Ettridge said: ‘The technology is already available, it is vested interests in the old technologies that are holding progress up.’

What do you think? Keep the debate alive using Comments below.

Last week's poll: would you buy an electric car?