Almost a quarter of respondents believe that engineers are undervalued in the UK.

Engineering pay is always an emotive subject for our readers, and 610 of you responded to our poll last week. It's a truism bordering on cliche that most people believe they are underpaid, and the results of the poll bear it out once again, with 69 per cent of respondents saying that engineers are undervalued (it might be worth noting that the word 'undervalued' encompasses a variety of meanings, not all of which have monetary connotations). There was a large gap between the largest and next options, with 14 per cent saying they felt their salary was a fair reflection of their skills, and 10 per cent said that they didn't get paid enough and wanted to change jobs. Only a tenth of those saying they felt undervalued - 7 per cent - said that engineers were well rewarded compared with other professions.

The Engineer's 2017 salary survey is now closed, and we will report the results in our upcoming June issue. In the meantime, please continue to send us your opinions on this subject 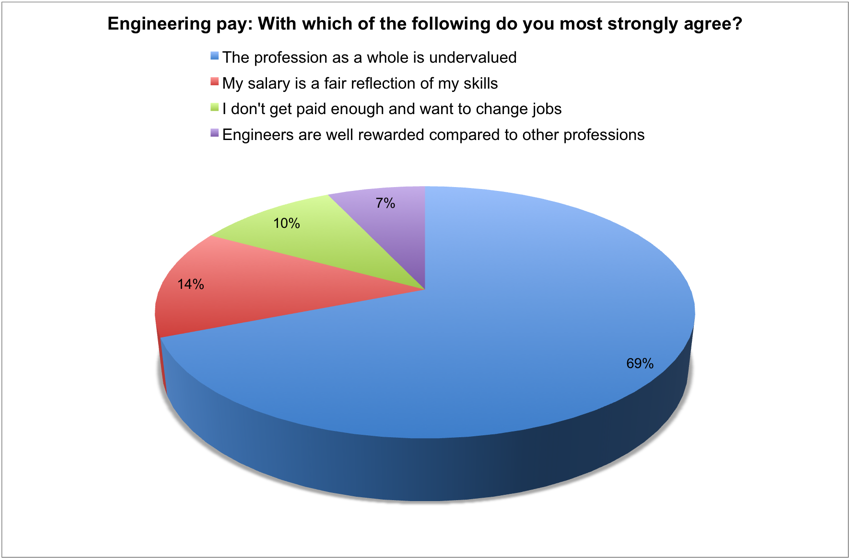