The collapse of Carillion raises many questions, including those surrounding the viability of public-private initiatives and the government’s apparent failure to practice effective due diligence before awarding contracts. 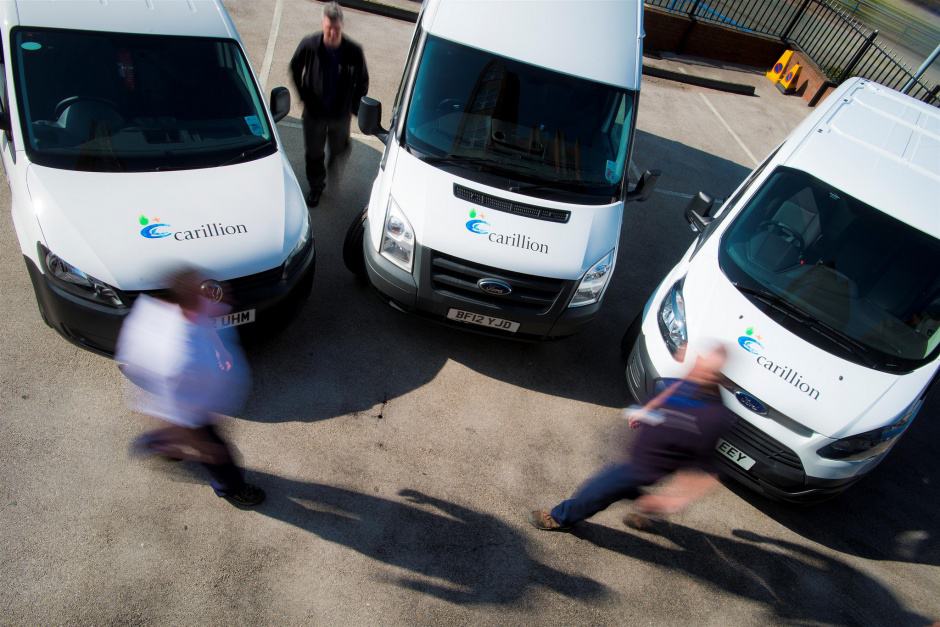 Before it went into liquidation on January 15, 2018, Carillion was one of the government’s biggest private contractors. In the UK alone it could count 20,000 staff working on construction projects and delivering services to UK schools, prisons, hospitals and the MoD.

In 2017 Carillion issued three profit warnings but was still awarded contracts worth £1.3bn to build key sections of the planned HS2 network.

The subsequent collapse of the company now raises questions about the delivery of key construction projects and maintenance of critical infrastructure.

In the near term, the company’s official receiver says employees, agents and subcontractors should continue to work on public services, offering reassurances that they will be paid. The situation isn’t as clear cut for those employees working on private contracts, although some suggest that work undertaken in consortium could see Carillion employees absorbed into partner companies.

The current predicament is compounded further down the supply chain where around 30,000 individual firms are owed money by Carillion. 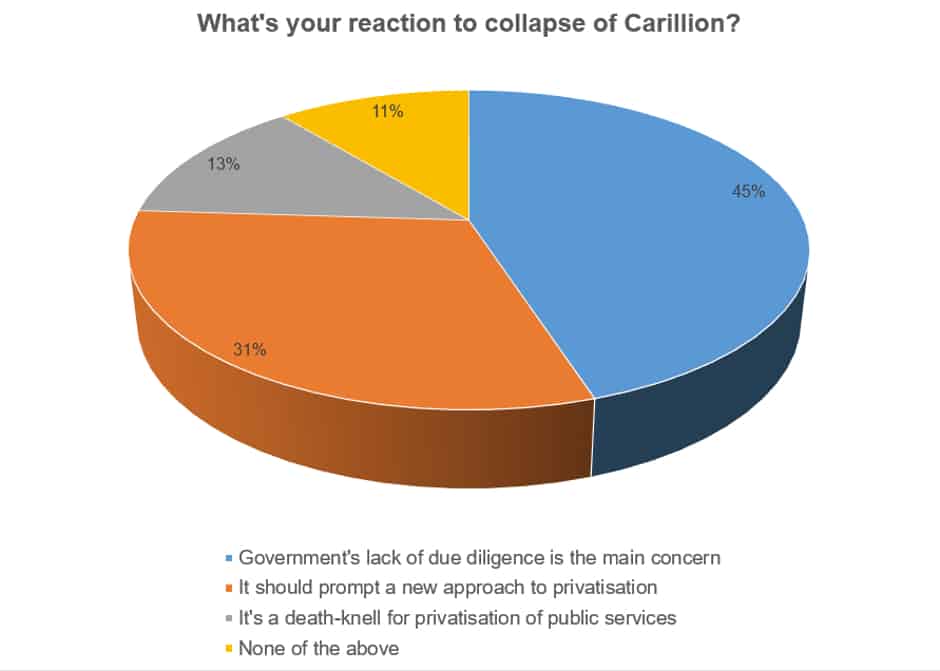 Of the 779 respondents to the poll, nearly half (45 per cent) agreed that the situation with Carillion arose because of the government’s lack of due diligence. Just under a third (31 per cent) thought the situation should prompt a new approach to privatisation, and 13 per cent agreed that the Carillion’s collapse marks a death-knell for the privatisation of public services. The remaining 11 per cent chose the ‘none of the above’ option.

The debate that followed put management and the machinery of government in the firing line, with Steve Coley stating: ‘Well if this is anything like the banking crisis no-one will be held to account and the inept management will go unpunished and no recovery of undeserved dividends and bonuses. How does something like this happen? Simple the White Hall pencil necks who dish out the contracts haven’t got a clue and they should shoulder some of the responsibility and should be sacked.’

Phil Mortimer added: ‘This is another example of the monumental incompetence and ineptitude that permeates all levels of government and associated agencies. It is rampant, endemic and at industrial/weapons-grade strength. The expectation that directors and related mandarins will fall on their swords is probably ill-founded. Something needs to be done to reform the whole rotten system.’

Ian concludes by saying: 'We all have views on civil servants being tasked with the role of senior buyers (which includes Due Diligence checks). If they could do the job they wouldn’t have become pen-pushing civil servants in the first place. As for the political aspect, we all know that this was partly driven by those in power and the mantra ‘competition always makes everything good’. Well, it doesn’t. But the alternative is leaving everything to civil servants. One thing nobody seems to have mentioned is the bonuses paid to executives within Carillion. Bonuses for what – profit warnings and losses?’

What do you think about the crisis at Carillion? Let us know via comments below.