Engineering salaries are on the up, particularly in the renewables and nuclear sectors where remuneration is higher than in the oil and gas sector. 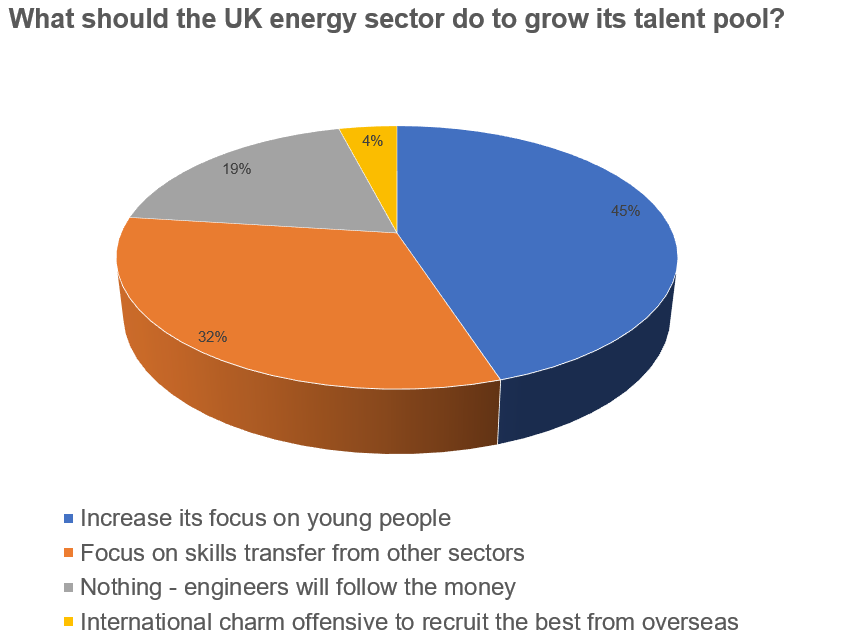 This was just one of many findings gleaned from The Engineer’s 2019 salary survey, which found engineering salaries increasing across the board.

The energy sector faces the dual challenge of ensuring security of supply whilst helping the transition to a zero-carbon economy, and renewables are increasingly helping to achieve these dual aims. But what is the best way to attract new talent into the seemingly healthy renewables sector when the engineering profession as a whole is constantly warning of skills shortages across its many subdivisions?

For 45 per cent of poll respondents, the answer can be found in the renewable energy sector increasing its focus on young people, followed by 32 per cent who think the focus should be on skills transfer from other sectors. Just under a fifth (19 per cent) agree that nothing needs to be done as engineers will go where there’s money to be made, and the remaining four per cent opted for recruiting the right skills from overseas.

In the comments that followed, Melanie Osborne said: “The industry must focus on recruiting the next generation. Engineering is already struggling to recruit the 200,000 engineers needed annually. Poaching talent from elsewhere is only kicking the problem down the road.”

For Chris Oates-Miller, protected status for engineers would help boost the number of young engineers, and Dale suggested making energy technology in the UK rather than buying from overseas.