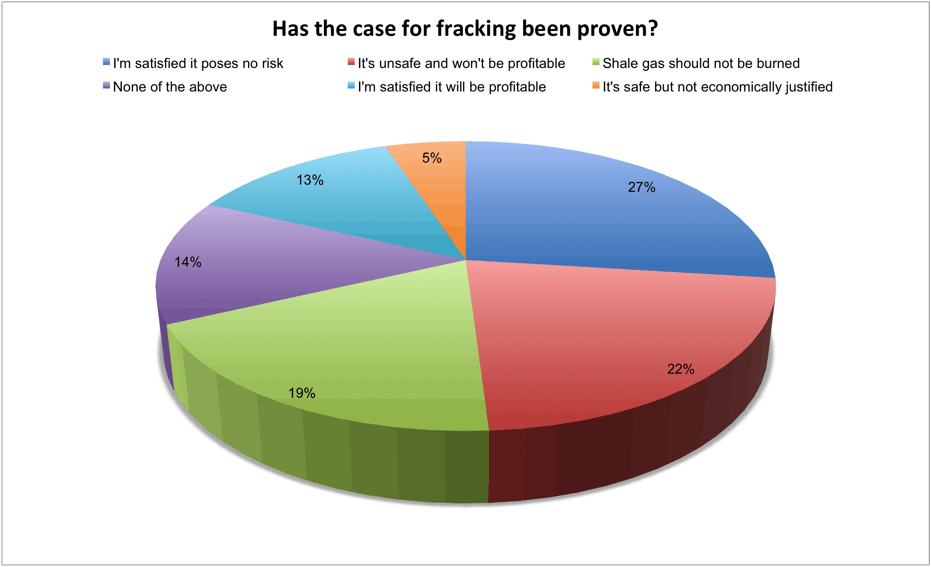 Advocates of shale gas exploration have a myriad of arguments to justify their position, one of which is securing an affordable supply of energy for homes and businesses.

North Yorkshire County Council’s approval for fracking to take place near the village of Kirby Misperton brought the process back onto the agenda last week, with our poll looking at issues surrounding safety and profitability.

If this were a first-past-the-post election, then the narrow winner would be the 27 per cent who are satisfied that fracking poses no risk.

However, not far behind were the 22 per cent who took the view that fracking is unsafe and will not be profitable, and the 19 per cent who said that shale gas should not be burned.

This block of 41 per cent of the vote narrowly pips the 40 per cent in the pro-fracking camp, whose numbers are completed by the 13 per cent of respondents who are satisfied that fracking would prove profitable.

Of the remaining votes, 5 per cent thought fracking safe but not economically justified, and 14 per cent failing to find consensus with the options presented to them.

What do you think? Let us know via the comments below.