Palm oil is used in products including soap, pharmaceuticals, fuels and cosmetics but its cultivation is seen by many as environmentally deleterious. 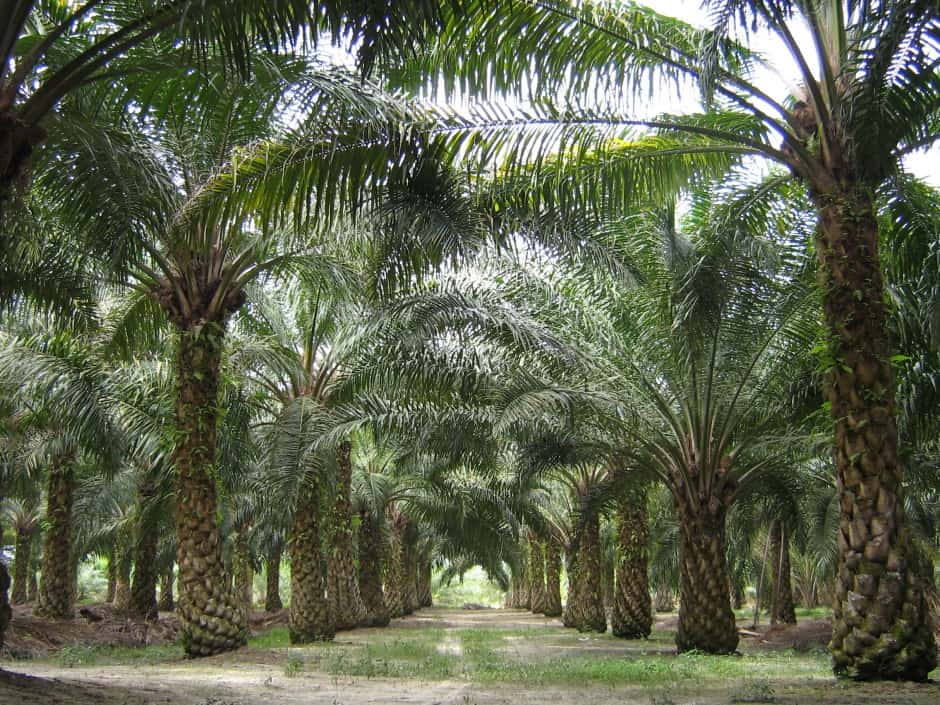 Most of the world’s palm oil is produced in Malaysia and Indonesia but potential expansion in Africa – where the plant originates – has led to warnings against growing the plant at the expense of indigenous wildlife, specifically primates. This prompted The Engineer to ask: how do we lessen the impact of palm oil production? 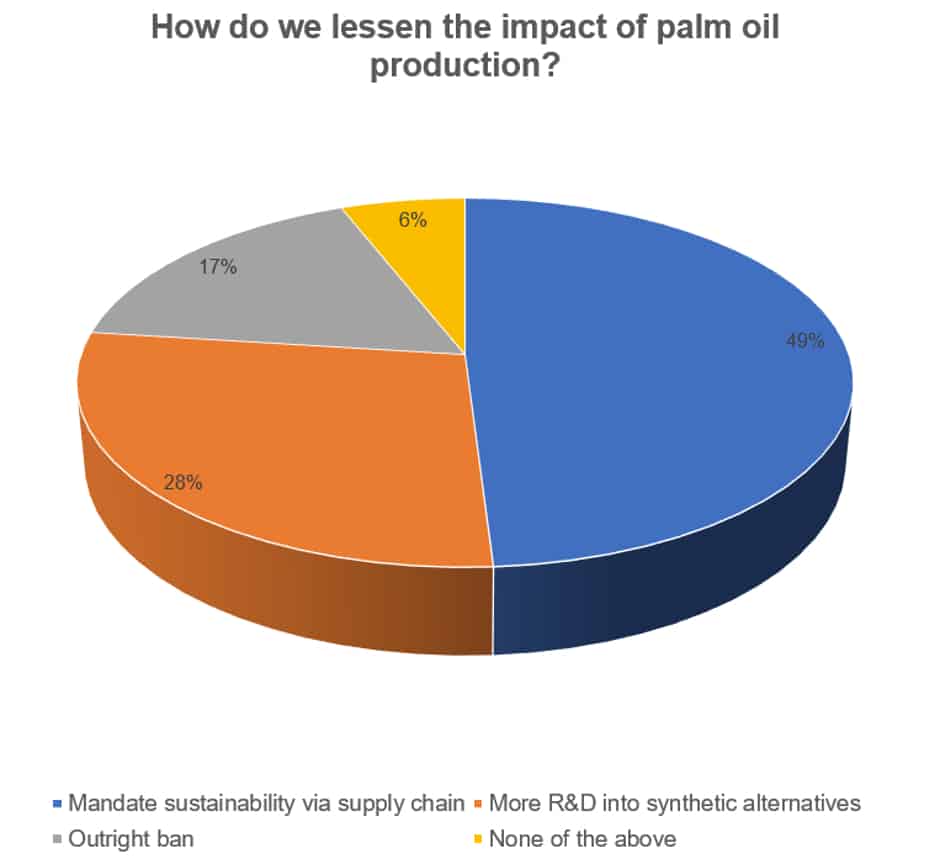 From the 406 respondents to last week’s poll, just under half (49 per cent) agreed that sustainability should be mandated via the supply chain, followed by 28 per cent who agreed that more R&D should be conducted into synthetic alternatives to palm oil. Of the remaining 23 per cent, 17 per cent opted for an outright ban on palm oil, and six per cent went for none of the above, including Another Steve who said: “Palm Oil was virtually unknown 50 years ago and now, apparently, we cannot live without it. Soap and Cosmetics now needs to be loaded with Palm Oil and Microplastics as our vanity is more important than our environment. Food stocks being used to fuel machinery and medicines loaded up with these oils, for what purpose? Someone’s profit!”

Stephen B Whiteley wrote in to say that he’d first-hand experience of palm oil plantations in Africa, noting that producers provide housing, schools and hospitals as well as employment.

“They do a lot of good,” he said. “But, the damage to forests and consequently to wildlife is very worrying. In Europe we destroyed our forests to use the land for farming and cities. Can we morally deny the African people the same opportunity for improving their standard of living? We need to in order to preserve wildlife, but it does seem wrong.”

Barry Jerome added that palm oil production would be curtailed if consumers boycotted it.

“In the last year there has been a change of attitude from manufacturers (probably in response to consumers choices) and many grocery products are now promoted as ‘Does not contain palm oil’,” he said. “When we discovered a few years ago the problems that palm oil production was having on the environment we started reading ingredient lists and avoided anything containing palm oil.”

The debate is still alive and we welcome your opinion in Comments below. All Comments are moderated. Click for our code of conduct.

Last week’s poll: what is the future of Bloodhound?