This is your chance to ask the team behind one of the UK’s most exciting engineering projects, Skylon, about the technology behind its revolutionary air-breathing rocket engine, SABRE.

One of the UK’s most exciting engineering projects, the effort to develop and build Skylon, a single-stage-to-orbit spacecraft, has captured the imaginations of people both inside and outside the sector. 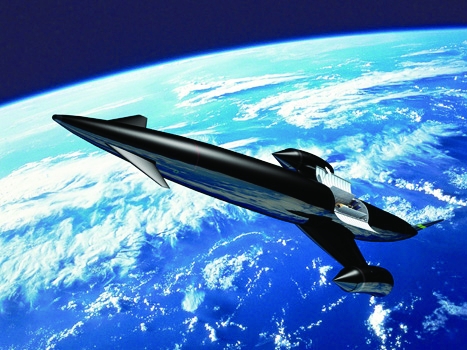 The team behind Skylon, at Culham-based Reaction Engines, has agreed to answer questions from readers of The Engineer about the propulsion system that will send Skylon into space.

The SABRE engine is unlike any technology that has been previously used for spaceflight.

Conventional launchers carry both their fuel and oxygen on-board, mixing and burning them to provide thrust.

SABRE, by contrast, uses the oxygen in the atmosphere, while it is available, to burn its hydrogen fuel, switching to on-board liquid oxygen only when the air is too thin to provide enough.

To achieve this, the air must be cooled drastically and rapidly as it enters the engine, and Reaction Engines has developed a new type of lightweight heat exchanger, combined with a frost control system, which uses the cold liquid hydrogen fuel as a chilling agent.

In air-breathing mode, SABRE will accelerate Skylon to MACH 5.4; once switched into rocket mode, it will take the craft up to orbital velocity of MACH 25.

You can read The Engineer’s 2010 feature about Skylon here, and visit Reaction Engines’ website here.

Use the comment box below to send us your questions about the SABRE engine and how it works; the heat exchanger system; and the possible applications of the SABRE engine, by noon tomorrow (28 September). We will pass the best ones on to the Reaction Engines team, and publish the answers in a feature next week.

Thanks for your questions. Comments are now closed.