Researchers from Washington State University (WSU) are helping NASA simulate the extreme conditions found on Saturn’s moon Titan, to see how a space submarine might perform there. 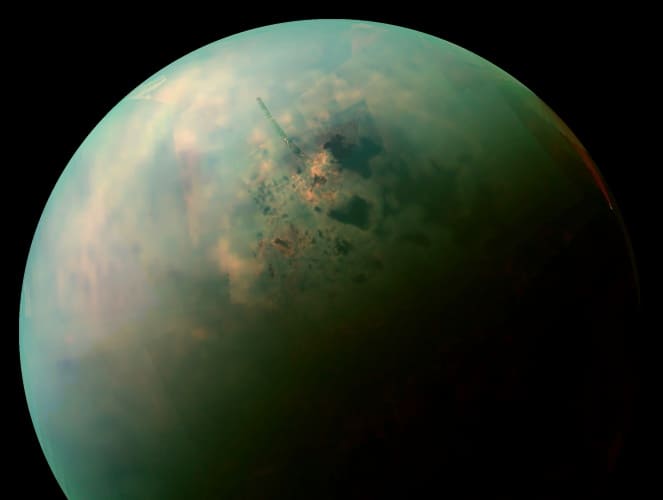 The US space agency is planning a mission to Titan within the next 20 years and needs an autonomous submarine to navigate the moon’s hydrocarbon lakes and seas. Comprised mostly of ethane and methane, these are the only known examples of stable liquid seas found anywhere in the solar system apart from Earth. However, the temperature in these hydrocarbon lakes can be in the region of -185°C, making them unlike any environment found naturally on our own planet.

To investigate how a submarine might operate in these extreme conditions, the WSU team recreated Titan’s atmosphere in its cryogenic lab, building a high-pressure test chamber housing an ethane and methane liquid mix at very cold temperatures. It then added a two-inch, cylinder-shaped cartridge heater to simulate the heat that the space submarine would create. According to the researchers, one of the biggest challenges was understanding how nitrogen bubbles caused by the submarine’s heat could affect its ability to manoeuvre, manage ballast systems and collect data.

In order to capture what was happening inside the chamber, the team engineered a solution using an optical device called a borescope and a video camera that could withstand the conditions. Successfully captured footage showed ethane-methane rain and snow, mimicking the hydrocarbon precipitation believed to take place on Titan. 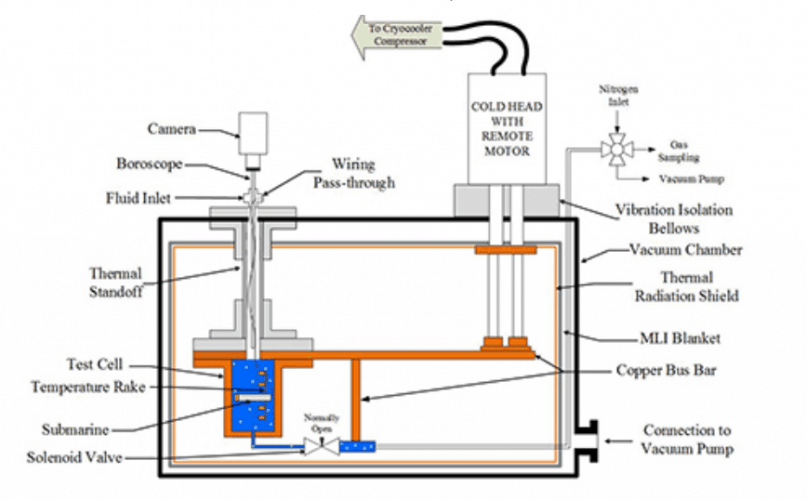 The group also studied the freezing temperatures for methane and ethane lakes and determined that, because of a small amount of nitrogen in the liquid, the lakes freeze at lower temperatures than would be expected: 75 Kelvin (-198°C) instead of 90.5 Kelvin (-183°C).

“That’s a big deal,’’ said Ian Richardson, a former graduate student at WSU’s School of Mechanical and Materials Engineering. “That means you don’t have to worry about icebergs.”

Richardson is WSU’s first-ever recipient of a NASA Space Technology Research Fellowship and was approached about the experiment during an internship at the space agency.

“My research just took a right turn, and I went with it,” he said. “It’s a crazy experiment, and I never thought I would have had this opportunity. It’s been a very fun and challenging experimental design problem.”

A paper detailing the work can be found in the journal Fluid Phase Equilibria.