High-tech, high jumps, and other highlights: The Engineer's best of 2012

Senior reporterOur final blog of 2012 looks back on the technology highlights of a momentous year for the magazine, its home city, and for our understanding of the solar system and the universe beyond.

It’s been a year of great change at The Engineer, as we took the decision to end the 156-year print run of the paper magazine and focus on our online output, to a much welcome and passionate response from our dedicated readers.

Hopefully there’ll be plenty more change in the next 12 months as we continue to develop our digital edition and launch our planned podcast, which will bring you lively discussion of the latest technology stories and pressing engineering issues, as well as some fascinating special guests.

As always, there have also been plenty of exciting developments in the world of science and engineering to report on. This is our run down of the top ten technology stories of the last year, the advances that have had the most influence on our world or provoked the most interest, excitement and astonishment. 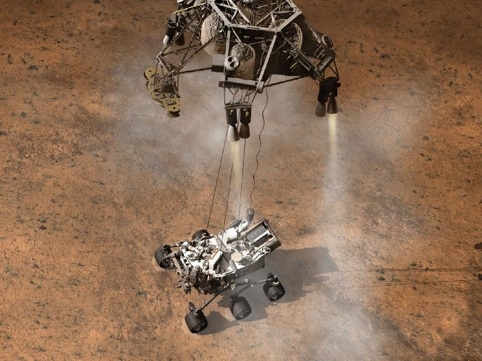 Thanks in part to a well-orchestrated media campaign, NASA’s latest planetary exploration vehicle Curiosity caught the public’s imagination in a way you might not have expected given that we’ve been landing robots on the Red Planet for the last 15 years.

But Curiosity had the advantage of not just its own Twitter feed but also an amazing landing system that brought the rover to a steady stop on the planet’s surface by lowering it from a rocket powered “Sky Crane”. 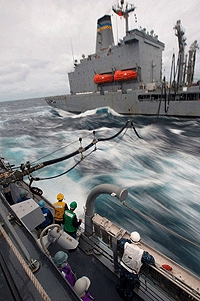 The US Navy announced the impressive feat of having developed a system for producing jet fuel from carbon dioxide and hydrogen derived from seawater. Their researchers believe they can scale up the technology to reduce costs to just $3 and $6 per gallon (between fifty pence and £1 per litre).

Although its use will probably limited, the advance joins a growing number of options for producing fuels using non-fossil sources of CO2, developments that could provide an extra solution to cutting carbon emissions, provided they can be made commercially viable.

Smartphones are so over. The best way to access the internet is now right in front of your eyes. Or at least it could be if Google goes ahead with 2013’s predicted launch of its augmented reality glasses that will allow users to call up information on screens incorporated in their eyepieces.

Ok, so this might turn out to be a really annoying way to check emails that just increases the number of rude idiots who are paying more attention to a screen than the world around them, but it if it takes off it should integrate the internet into our daily lives even more than now - for better or worse.

As much a feat of human bravery/stupidity as engineering, Felix Baumgartner’s record breaking jump from the stratosphere inside a specially-designed pressure suit held the world in awe.

While it doesn’t mean that astronauts could now jump out of the International Space Station if something goes wrong - it orbits at a height of over 300km compared to the 39km from which Baumgartner fell - the jump did provide an opportunity to test some impressive technology that could move us towards giving astronauts better protection in extreme scenarios.

The successful testing of a new engine that could enable flight from Europe to Australia in four hours was exciting not just because of the engineering achievement but also because it represented a triumph of British ingenuity and determination that might even make money.

We’re a long way off seeing the engine in the skies or powering the much vaunted Skylon space plane designed to make use of SABRE, but anyone who knows how long the Reaction Engines team have been working on their ideas will understand what a great step forward this is.

Perhaps it’s a signal of a greater popular appreciation of science but a few years ago you probably wouldn’t believe that huge swathes of the public would now be familiar (on some level) with the theoretical particle known as the Higgs Boson.

As well as being a great achievement for science, the discovery of something that could well be the Higgs Boson was a huge win for the engineers who designed and built the Large Hadron Collider, the world’s largest particle accelerator that lies beneath the Swiss mountains.

If jet fuel from seawater wasn’t enough, US government researchers also managed to engineer viruses that generate electricity when pressure is applied to them.

This isn’t going to solve all our energy needs but it could provide a new way to power small electronic devices without the need for inorganic piezoelectric materials made from toxic substances. And who knows, maybe one day we might all have virus-powered batteries.

It was virtually impossible to escape the Olympic and Paralympic games this summer. Luckily, that proved for most people to be a good thing as the country was gripped by positivity and national pride and the rest of the world looked on in admiration - not just of our sporting achievement but of our outstanding civil engineering and cultural output.

These games exploited and celebrated technology like never before, from the high-tech training equipment developed by UK Sport, to the remarkable prostheses and wheelchairs used by the Paralympians, and the recognition of Britain’s contribution to the modern world in the form of the World Wide Web.

There’s a sense that we’re on the cusp of a revolution when it comes to unmanned aerial vehicles (UAVs). While this year saw increased focus on the negative impact of so-called military drones, we also heard many more rumblings of their potential for their civilian uses - both good and bad, depending on your point of view.

But autonomous flying systems might not just be with us soon in the form of miniaturised unmanned craft. BAE Systems and its partners also began testing a computer that can fly traditional passenger planes without assistance. Of course, there’s still the huge matter of public acceptance to overcome but the technology enabling full autopilot is well on its way.

Not since the infamous Big Dog has such a device struck more fear into the hearts of The Engineer team. This year, the engineers at Boston Dynamics did it again by unveiling what could be the starting point for a new race of robots that look worryingly similar to us (apart from the lack of a head).

This is the last missive you’ll be receiving from Engineer Towers this year. We’ll be back with more news, features and comment on 3rd January. Merry Christmas and a Happy New Year to all our readers.

The best of glass: use it less and use it again

On the rails, in the wind and out of the lab