All in the craft - Learning the ropes at Cambridge Consultants

In the third and final part of our series on the Tech Scholars programme at Cambridge Consultants, The Student Engineer caught up with Jon Whadcoat. His time at the company has involved cross-disciplinary engineering, including a project to design a delivery system for craft beer. 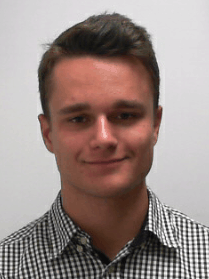 How did you hear about the Technology Scholarship programme?

An information email about the Technology Scholarship scheme was sent to the sixth form careers advisor who forwarded it on to me. I then had a look online at the kind of projects Cambridge Consultants gets involved with and decided to apply.

Fairly tough but I enjoyed it overall. I had four separate interviews, the first set of which was on the Cambridge Consultants site and included a tour of parts of the building. I was interviewed first by HR and then had three technical interviews, one of which was quite challenging academically. The interviews were from members of different departments in order to try and find the best group fit for me. 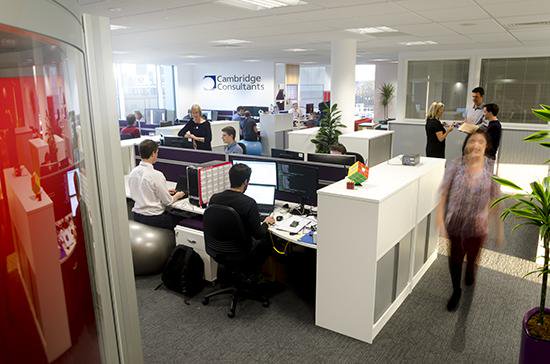 What are the benefits of a year at Cambridge Consultants before you start your studies?

I think the main benefit of this scheme is that it gives you a real-life engineering perspective to apply to your university studies rather than treating modules in the same way you would treat A-Level subjects, and going through the motions academically.

The nature of a place like Cambridge Consultants means that you can get an idea of what goes on in most disciplines of engineering. For example, despite the fact that my area is mechanical, I attended a course run internally on the basics of embedded system design and C programming for non-embedded engineers.

There is also a huge amount of engineering process that can be learned; everything from working with PDM for CAD tools to managing suppliers and communicating with clients. Free breakfasts and lunches are also a plus.

What are you studying at university following your initial stint at Cambridge Consultants?

I am studying mechanical engineering at Newcastle University.

Can you tell us about some of the projects you’ve worked on at Cambridge Consultants as part of the Technology Scholarship scheme?

The vast majority of projects I have been involved with have been client projects, so unfortunately I can’t talk about those in detail. But, in general terms, a lot of what I have done has been designing, developing and validating experimental test rigs and equipment for use in client labs. The highlight of this was being given the opportunity to demonstrate and install a piece of kit in a lab in another country in 2015.

I was also briefly involved in our Hoppier project which was an investigation into the feasibility of adding flavour to beer through dry-hopping with a system similar to the one found in an out-of-home coffee dispense system, wherein we replaced hot water and coffee grounds with chilled beer and ground hops.

The idea was that the system could be fitted into existing bar environments where craft beers are becoming more and more popular, the barman could then adjust the taste of a beer to the request of the customer at the point of dispense. This was interesting not just from a technical perspective – I also gained a bit of insight into the commercial aspect of how a business like this runs and how we sell projects.

What advice would you give to someone looking to get involved with Cambridge Consultants either with the latest Technology Scholarship programme or the Student Internships?

If you are looking for an environment where you will be stretched and challenged, with the flexibility to do real work on a variety of interesting projects, Cambridge Consultants is an excellent place to be. I don’t think there are many other places where interns/Tech Scholar equivalents are so well integrated into project teams. I would strongly encourage anyone considering it to go ahead and apply.

All in the mind