Students from Coventry University took home several prizes at this year’s Formula Student AI, the first time the event has been staged. 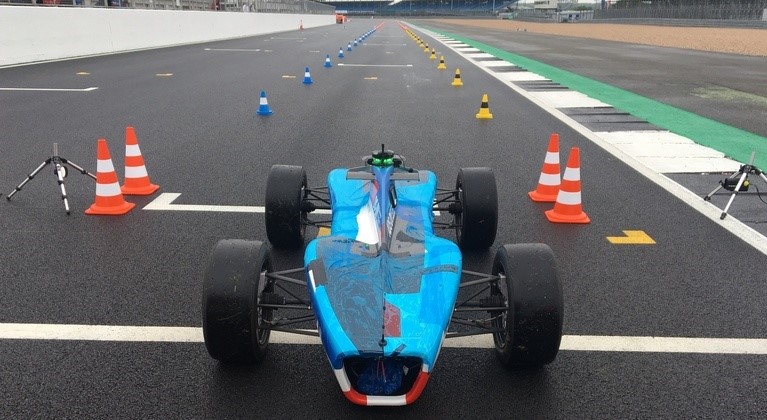 As reported by The Student Engineer, Italy’s University of Modena and Reggio Emilia won the overall Formula Student title. However, it was the inaugural unmanned autonomous category of racing that attracted much of the attention. Competing against teams from Bath, Edinburgh and Oxford Brookes universities, Coventry placed first in the acceleration, sprint and skid pan tests, as well as clocking up the fastest recorded lap in the endurance event. Despite this strong showing, Coventry was pipped to the Formula Student AI grand prize by a talented Edinburgh outfit.

“Our team of students and staff from across the Faculty of Engineering, Computing and Environment have been working on this autonomous vehicle for just eight weeks, so it is fantastic to see their labour bear fruit when judged against teams with up to 18 months under their belts,” said Jeff Peters, senior lecturer in motorsport engineering at Coventry University.

“This AI project provides an excellent platform for further research, teaching and development and of course entering more competitions in future.”

Run by IMechE, Formula Student has long been a proving ground for tomorrow’s motorsport engineers. Recent years have seen the introduction of an electric vehicle category and the competition has kept pace with automotive trends by adding an AI segment in 2019, acknowledging that software engineering will be a vital skill for the automotive sector.

“I am so proud to have contributed towards winning the acceleration and sprint competitions at Formula Student AI 2019,” said 2nd-year Computer Science student Sergiu Harjau, who developed the code for the Coventry vehicle.

“It is a privilege to be part of AI Coventry, which has allowed me to work alongside academics who are leaders in their field and dedicated students. Studying Computer Science at Coventry University has really opened up opportunities for me.”