Michael Tougher, CEO of Spark and Rocket, was named the 'brightest young engineering entrepreneur' last year in the Royal Academy of Engineering’s Launchpad Competition. Here he talks about how he’s bringing his product to market, and lessons learned since graduating with an idea and the desire to succeed in 2015.

How did you get started?

I always knew I wanted to be an inventor. Even as a child, I was always making things. Couple that with a musical upbringing and a love of playing the guitar, and it’s perhaps unsurprising that I ended up an engineering entrepreneur, creating and developing my own musical product.

What have you created and what does it do?

Soundbops, my technology, allows kids to compose their own songs without traditional instruments. Rather than using fixed keys, like a traditional keyboard or piano, it has brightly coloured buttons (the ‘bops’) that each play a different musical note when pressed and that can be moved around, rearranged and piled on top of one another in any order. It’s a bit like a Lego equivalent of music, allowing children to easily produce new sounds and create their own songs.

Where did the idea come from?

Soundbops started with my degree in Product Design Engineering – which consisted of a Mechanical Engineering course taught at the University of Glasgow and a Design Course at Glasgow School of Art. This was a fantastic basis for learning how to transform an idea into a real prototype that works and can be used. Over the course of my degree, I worked on a lot of ideas, but there was only ever one that I wanted to really pursue and take to market.

What motivated you to commercialise your idea?

I decided that I wanted to develop and launch Soundbops as a product after testing with kids. Having seen children struggle to play the keyboard, only touching one note at a time, it was great to see them engaging with my product and really learning to enjoy making music. Seeing this made me realise that I could make a success of Soundbops and develop a product that would provide real value to people. What’s more, because it’s something I’m really interested in myself – music – I knew I would find it exciting enough to pursue for the long term. 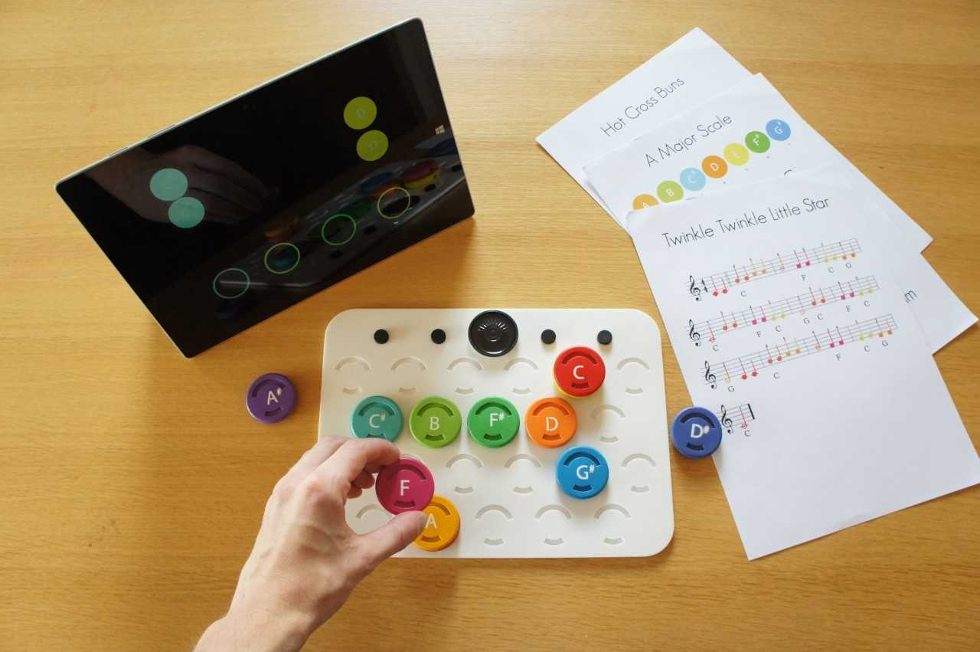 I left university in 2015 with a basic prototype, and the last two years have been non-stop since then. I was lucky enough to be named the UK’s best young entrepreneur by the Royal Academy of Engineering in their Launchpad Competition last September, receiving the JC Gammon Award and joining the Academy’s Enterprise Hub. Applications for this year’s competition close very soon, so if you’re an engineer aged 16-25 thinking about launching a business, you should take a look. The funding and, more importantly, the support that I received through that really helped me get my business going. One-on-one mentoring from leading engineering entrepreneurs helped me develop my business plan, has given me confidence in pitching for investment, and helped me build networks with industry contacts that have been an enormous help.

Where is the product now?

I now have a new functioning prototype that is ready for production and am looking for co-founders and others to join me. I’m about to launch a seed round seeking equity investment to help me build the team and product, and also run a crowdfunding campaign to get to market.

The STEAM toys market is set to be worth $30 billion by 2019, and I’m confident that Soundbops can carve out a space in this market due to its ease-of-use, making it both educational and fun for kids. Working further with toy manufacturers and schools will help to unlock this educational value in terms of teaching and engaging children in reading sheet music and composing songs, while being creative and experimental. It’s safe to say the next year is set to be just as busy as the last two!

Any advice for those with similar ambitions?

Working for myself has been amazing experience. Many of my university friends have got fantastic jobs at huge engineering firms, but I think mine is much more fun and rewarding. Being an engineering entrepreneur is definitely hard work and a constant learning curve – as you need to develop your product and master the art of business at the same time - you have to be prepared to work a lot of late nights and weekends. However, there is incredible support available to help you succeed, so I would urge anyone considering becoming an entrepreneur, or anyone with an idea they think could make a difference, to go for it.

All the right moves: Motoring ahead with Bosch

On the right track