As the Internet of Things moves from blurry concept to sharply-focused reality, an extraordinarily diverse range of applications are starting to emerge. From the real-time assessment of inflight aircraft engine performance, through to smart heating systems for the home, IoT-based products and systems are ushering in a new era of connectivity across industrial and consumer sectors. 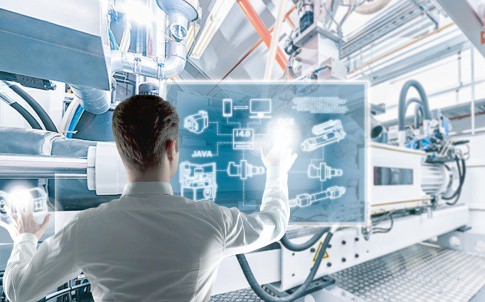 IoT - the networking of physical objects embedded with electronics, software and sensors, that enables the objects to collect and exchange data – is also a cause of much excitement in the academic world. At campuses across the country, engineering students are experimenting with connected technologies as a means of showcasing their creativity. Indeed, according to leading academics, IoT is providing a rich stream of project-based learning, leading to the creation of some exciting new applications.

“Research suggests that there will be 25 billion internet-connected ‘things’ by 2020, and young engineers are best placed to use this connectivity to its full potential as they grow-up with it,” said Prof Danielle George, Vice Dean for Teaching and Learning at Manchester University.

“The imagination of these young engineers will push the boundaries of connectivity even further, because they are familiar and comfortable with it. They will come at things from a different angle and give us new ways of solving problems.”

Prof George’s assertion that young engineers are ideally positioned to exploit the true potential of IoT was borne out of a recent competition run by global engineering group Bosch. The competition sought the best new IoT applications, with an emphasis on how the technology might transform the way we live our lives.

The three winners were all students currently studying engineering-related subjects at university. Each of their ideas exhibited real ingenuity, and included a sensor-based irrigation system that could ensure the perfect lawn; smart glass with micro-cameras that could record unauthorised entry into a vehicle; and a computerised recycling container that could incentivise consumers to recycle waste materials.

According to Steffen Hoffmann, president of Bosch in the UK, the competition showed that engineering students are excited by the potential of the IoT. “Here at Bosch, we see the IoT as an enabler of such talented individuals,” he said. “The winners displayed a vision for connected technologies, while having the imagination to deliver workable ideas that each had commercial potential. These are exactly the sorts of bright young people who will help bring the IoT to life.”

In each case, the competition winners had identified a problem and worked out how the IoT might deliver a solution. For Maz Chowdhury, a chemical engineering student at Surrey University, it was the wastefulness of conventional water sprinkler systems that was the starting point for her idea. Instead of a rotating device that continually sprayed the same patches of grass, she set about designing a more intelligent irrigation system that combined temperature and humidity sensors with telemetry to deliver exactly the right amount of water, at just the right time. Such a system would produce a lush green lawn, without carelessly squandering precious resources. “Current water sprinkler systems take no note of weather conditions, meaning they carry on operating even if it starts raining,” said Maz. “This is so wasteful,” 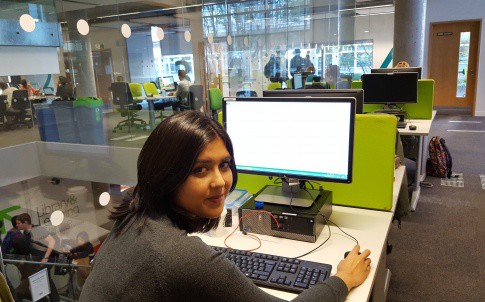 Maz got thinking about how the IoT might underpin a more sustainable solution. The result was an intelligent garden watering and irrigation system that was linked to ground-based sensors to ensure that lawns and plants would receive exactly the right amount of water, as and when they needed it.

“It struck me that by linking a rainwater collection tank, moisture and humidity sensors, a more targeted irrigation system, and even data provided by the Met Office, it would be possible to develop a much smarter solution that delivered water where it was needed, and at the right time. The whole system could be operated and monitored through a smart phone connection.”

According to Maz, one of the benefits of such a system would be its simplicity. “All the components are cheap, mass-produced parts,” she said. “Also, they all are proven technologies, so there is very little chance of breakdown. It’s a simple system that makes the most of readily available technologies.”

Maz is now planning to take her idea forward in her Masters year. “I will be designing and building a prototype of the sensor-based irrigation system and writing it up as a paper,” she said. “I chose to pursue engineering at university as I want to help solve the world’s problems. The Bosch competition has given me the chance to put that into practice.”

Sophie Spooner, a communications engineering student at Aston University, sought inspiration for her winning IoT idea from an unlikely source - her father’s profession as a driving instructor. Over the years, Sophie had listened to her dad’s distain over the lack of manners from other motorists.

“My father was always talking about people cutting him up, and even instances of people hitting his car in his absence and just driving off,” said Sophie. “That got me thinking about how I might use the Internet of Things as the basis of a security system that was more comprehensive than those currently on the market.”

Sophie’s idea leaned on her knowledge of electronics, which forms a major part of her course at Aston. She was aware of a new generation of micro-cameras that were so small they were almost invisible to the eye. What if these tiny video cameras could be front and rear windscreen-mounted, to give full 360 degree internal and external coverage? Such a technology, recording to a smartphone, could provide valuable security footage.

“These micro-cameras could be used as evidence of collision and to record dangerous driving, which would make my Dad’s job as a driving instructor much easier,” Sophie explained. “They could also be used to record video footage in the wake of unauthorised entry into a vehicle, sending real-time images to the car owner’s smartphone. Dash-cam security systems are already available but they are no deterrent to a thief smashing a window and stealing them. Micro security cameras are harder to detect and take.”

Sophie’s communication engineering degree provided her with a solid bank of technical knowledge that enabled her to come up with a solution that is highly commercial. The Bosch competition judges were impressed by how she had had taken a problem, exemplified by her father’s road experiences, and had developed a clearly workable solution.

“That was at the forefront of my mind,” she said. “When I was coming up with my idea I was thinking about everyday life and how I could develop a technology that helped solve a specific problem. My degree is a convergence of electronics and communications systems, and that pretty much sums up the nature of my idea.” 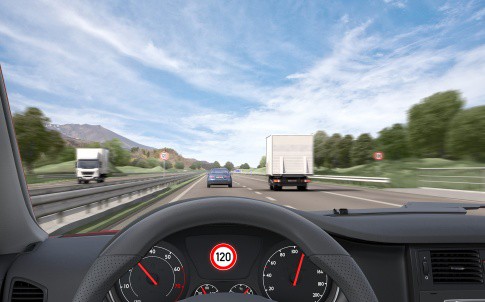 The third winner of the Bosch competition was Ka Man Wong, a student of modern building design at Bath University. Kaman’s idea comprises a multi-sensory recycling container that could classify the type of waste that consumers put into it, employing a points-based incentivisation scheme. A user-friendly interface would let recyclers know how many points they have amassed, with a voucher scheme used to reward them accordingly. The container would also use sensors and telemetry to inform the operator of the unit when its capacity had been reached. Ka Man believes that the introduction of the recycling system could help reduce the impact of a modern, throwaway society.

“I was born and brought up in Hong Kong, and I was always surprised at just how little effort went into recycling in my country,” she said. “Since I’ve been studying at Bath University, I have realised it’s the same here in the UK too – there is not a strong sense of recycling. I think there is a real need to encourage and incentivise people to act responsibly, and my idea tried to address that.”

Looking to the future, the three competition winners plan to continue developing IoT ideas. Their work will be underpinned by part of the competition prize – a Bosch Cross Domain Development Kit (XDK), which works as an all-in-one prototyping platform for any IoT use case.

Inspiring the next generation with the internet of things