Engineering graduates earned £5,000 more than the average salary for graduates, and their problem solving and numeracy skills are widely sought in a range of industries. 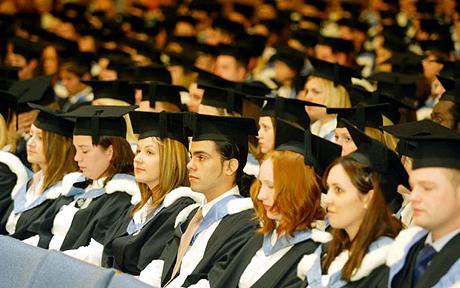 These are two findings from ‘Engineering Today: The Supply and Demand for Engineers in the UK’ from the ECITB (Engineering Construction Industry Training Board), which reveals the challenges facing the industry’s workforce.

Six months after graduation unemployment among 2015/16 engineering graduates stood at six per cent, compared to five per cent of all graduates.

Employer feedback suggests that newly-qualified engineers are not receiving the right education for today’s economy, with companies citing the content of STEM qualifications, and a lack of workplace experience and soft skills, such as interpersonal communication, among the reasons why engineering graduates struggle to find jobs in spite of demand.

Broader demographic analysis found the industry to be over 90 per cent white, and that evidence points to BAME (Black, Asian, and Minority Ethnic background) graduates receiving lower salaries on average and having fewer employment opportunities.

Women are now better represented - making up nine per cent of all engineers in 2016 compared to five per cent in 2009 - but still remain a minority within the engineering profession.

Consequently, the report recommends continuing efforts to encourage more women and BAME graduates into engineering professions and the forging of better links between employers and education establishments to ensure graduates have the skills training and experience required by industry.

“However, one area the graduates can focus on to make themselves more employable is through developing their leadership skills along with their engineering skills.

“Students can make themselves more employable by taking advantage of quality work placements during their studies and making contact points with industry as they approach graduation. This needs to be supplemented with high-quality careers advice and guidance from schools and universities.”

Claydon added that salaries remain an incentive to enter the engineering profession, and that in the engineering construction industry, median earnings are 44 per cent higher than all sectors while engineering apprentices earn an average of £34,400 a year after finishing their studies. Furthermore, he said, a career in engineering provides plenty of opportunities to progress in the workplace and learn new skills.

“This opens doors in the future not only within companies, but also across industry as the skills engineers acquire are highly transferable,” said Claydon. “We also need to see leadership skills embedded into learning — both academic and technical — to ensure we start cultivating future leaders at the outset of their engineering careers.”

Key findings across the report:

Report highlights challenges for women in oil and gas