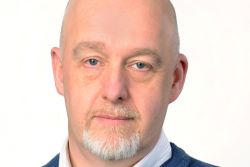 Digital twins have emerged as a lynchpin technology of the Fourth Industrial Revolution and their benefits are vast, says Dr Andrew Levers, executive director at the Virtual Engineering Centre (VEC) – Liverpool University.

By assimilating real time data from a physical asset into a digital twin, engineers can accelerate R&D by, for example, accurately modelling the impact of efficiency projects or managing risk through predictive maintenance. The ability to make interventions in accurate, simulated digital environments also holds major upsides for industries where security and safety are paramount, such as nuclear power.

So, it’s of little surprise that adoption is increasing. Research from Gartner, published in 2019, found that 13 per cent of organisations implementing Internet of Things (IoT) projects were already using digital twins, and 62 per cent were either in the process of establishing them or planning to do so.

Panel discussion report: The digital twin – what, why and how?

This proliferation of digital twin technology is tremendously exciting, with potentially game-changing applications in industries as diverse as automotive, construction and utilities. Yet, it also raises important questions about interoperability. As their use grows, one asset’s digital twin is likely to need to be connected to that of another, for their full benefits to be realised.

This is particularly significant if we assume that the natural evolution of digital twins – especially those relating to public infrastructure, such as power or transport networks – will include a role in larger connected ecosystems (a smart city, for example).

The challenge is that current research is primarily focused on the technology development of digital twins, rather than the broader environment they operate within, namely the ‘digital context’.

The risk is that, as separate enterprises and industries pursue their own digital twin strategies, the approaches they take will diverge to the point that they hinder or prevent future use cases which rely on data being exchanged between different twins.

For example, if digital twins were to be used as part of initiatives to tackle inner city pollution, it is conceivable that a wide range of different artefacts would need to be considered – from transport networks, to built environment assets. Each of these artefacts will themselves be made up of a combination of different systems (in the case of transport networks this would include road, rail and potentially air traffic). To take a holistic approach to tackling pollution, these twins could be used to model whether changes made in one system are beneficial of themselves and what effect they might have on another – but only if the twins can interface readily with each other. For this to happen, common taxonomies, naming conventions and descriptions become important and therefore crucially so does governance.

As their use grows, one asset’s digital twin is likely to need to be connected to that of another

The solution is for a common framework or design standard to be developed which will guide the development of digital twins. This will need to be flexible enough so as not to encumber innovation within private enterprise or discrete sectors, but with enough commonality to ensure future compatibility.

The question of how this can be achieved requires more debate. Given that the public sector has a long term stake in the successful interoperability of digital twins as an enabler of smart infrastructure, it has the impetus to play a role.

The progress made with rolling out BIM across the built environment sector, demonstrates there is a means and precedent for establishing a common purpose across the public and private sectors. And in initiatives such as the Centre for Digital Built Britain and the Nuclear Virtual Engineering Capability (of which VEC is a partner) there are already examples of digital collaboration within sectors.

Establishing a coordinating body such as a Digital Twin Infrastructure Advisory Board could provide a cross sector vehicle to combine the expertise of regulators, government departments and industry to curate a common framework for the development of digital twins.

The VEC has published a new white paper examining the evolution of digital twins to date, the myriad factors impacting their development and the challenges of interoperability that we in the industry need to overcome, collectively.

It is a debate that needs to be had to ensure the opportunities of interoperability are not lost to time.