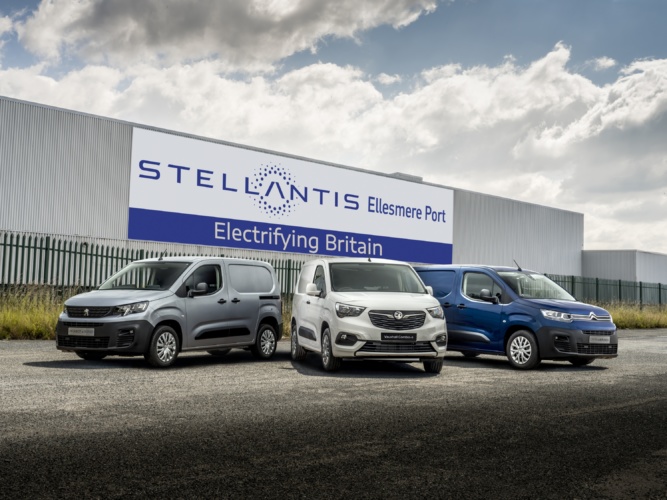 The future of the plant had been in doubt after Stellantis dropped plans to build the new Vauxhall Astra there, but the fresh investment – which will see the site adapted to produce battery-electric light commercial vehicles (LCV) and passenger vehicles for Vauxhall, Opel, Peugeot and Citroën – is expected to safeguard more than 1000 jobs at the factory and within the wider supply chain.

Commenting on the announcement Stellantis CEO Carlos Tavares said: “Performance is always the trigger for sustainability and this £100million investment demonstrates our commitment to the UK and to Ellesmere Port.,”

UK government Business secretary Kwasi Kwarteng added: “Ellesmere Port’s proud tradition in auto manufacturing will continue for many years to come thanks to today’s investment. Stellantis’ decision to double down on their commitment to this site is a clear vote of confidence in the UK as one of the best locations globally for competitive, high-quality automotive production.”

The electric vehicles produced at the facility will all be powered by a 100kW (136hp) motor with a 50kWh lithium-ion battery.  They are able to be charged at up to 100kW and take just 30 minutes to charge from 0% to 80%.  Under WLTP conditions, they are capable of up to 174 miles of range.

The shift to ev production will see the site equipped with a new body shop, upgraded general assembly, and on-site battery pack assembly facility. In a statement Stellantis said that it aims for the plant to be 100% self-sufficient for electricity and that work will commence imminently on potential wind and solar farms.

Comment: The case for a standardised approach to digital twins