The winning starts back at base

Teamwork, preparation and a right first time mentality. F1 is one of the most demanding competitions in the world. With split second decision making and millisecond responses, it is these sorts of judgement factors, from both team and driver, that can be the critical difference between a race won and a race lost.

To enable any chance of victory, and, on a consistent basis, you must have a ‘right first time culture’, with little margin for error. In F1, everything is done to the grain, with a difference of .001 seconds representing a few centimetres of tarmac on the track. But making these gains, which enable any chance of victory, can’t just happen on race day, it must begin earlier.

In the world of F1, about 15-20 engineers, each with specific roles, will be ready, working and responsive on race day, yet there are hundreds of dedicated engineers that work off site, in factory environments, conceiving, designing and engineering a winning car. When we analysed our own business and for many others, the split actually works differently on site. We’ll have around 60-70% of our workforce placed in client locations, with the rest back at our dedicated facilities, operating as a vital support mechanism to the industries we serve. It is in these facilities that the ingredients for success are being conjured, and while the physical split may be different, the analogy remains the same with F1: winning is done by building on the core back at base, with excellence being delivered at site.

A central line of communication

Come race day, while there will be a variety of engineers delivering their input on performance, outcomes and improvements, just one key engineer will be the single point of contact between the driver and the team.

On site, a project manager is responsible for a wider team too, with each member, whether it is an electrical, mechanical or other specialist engineer, communicating centrally to create a cohesive set of efforts. The principle also works from a supplier perspective, with a single point of contact across one or multiple projects.

But this just doesn’t happen by chance. At adi, we’ve spent years working to incrementally add to our skillsets, neatly welding together over 30 specialist engineering disciplines to fuel project success. Comparing to F1, we know that each team will have to fine tune their car each year to compete against new rules and regulations. And so too, have we had to introduce new disciplines to respond to an ever-changing marketplace. From the growing emergence of automation to electric vehicle ascendency, an ‘ears to the ground’ approach is needed to formulate year-on-year growth.

In society, we’ve often been taught that small leaps can make big strides, and in the world of engineering and F1, nothing has ever been truer. Whether it is performance engineers pouring over telemetry and simulation data or a 2.5 second pit stop, winning is done by the millisecond or millimetre. 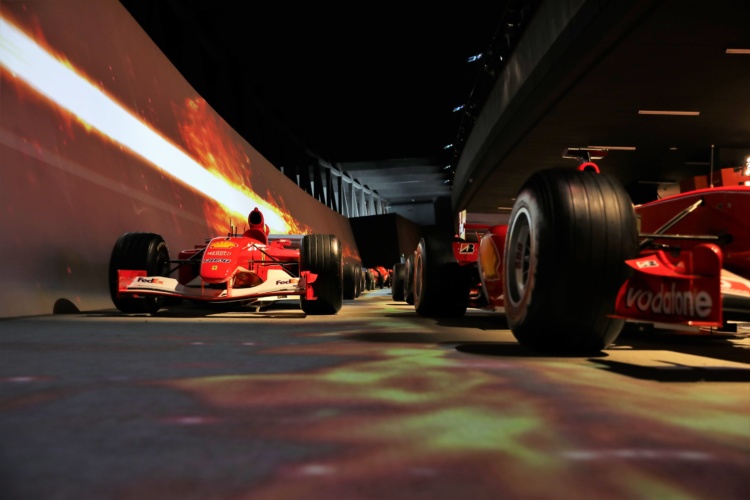 This dials down into a number of areas, from training and setup to preparation and performance on the day, and at adi, we like to foster a continuous improvement culture whereby we say, ‘let’s go better by just one mile an hour’. Even some of the basics like ensuring your tools are ready at the start of the day, or your company van is looking its best ahead of an important client meeting, make incremental changes to benefit mindset and performance.

F1 has long been seen as a rich and lavish sport, and a lot of this can be associated to its branding. From the distinctive look of the red Ferrari to the company logos it adorns, F1 has an eye-catching familiarity, something that has enabled its commercial potential to reach stratospheric heights.

One team that has proved to be very visible whilst it makes inroads on the track is Racing Point. Its unique pink colour design, while admittedly something of a marmite concept, certainly turns heads on race day, and with Aston Martin now onboard for the 2021 season, certainly seems to have paid dividends from a commercial standpoint too.

At adi, our familiarity with F1 also extends to our branding, with smart, sleek overalls reminding people that the sector is about planning, precision and improvement, with a visibly professional approach that bolsters our reputation in the industry.

As an engineering representation, F1 is the best in the world. From a technical and operational standpoint, as well as a lesson in business branding, those in STEM sectors would do well to learn from the cohesion, speed and efficiency with which F1 has become so closely associated with. As a bonus, it’s also not bad to watch too.