A company that proposes storing and releasing energy with winches and weights in mineshafts is set to build its first demonstrator project in Scotland.

Edinburgh start-up Gravitricity has signed an agreement with Forth Ports to build their first demonstrator on land within the Port of Leith. Work will begin on the £1m project in October with plans to be operational by late December.

The 16m high rig will use the port’s electrical network and grid connections and will be used to demonstrate the speed of response of their energy storage system.

Gravitricity’s energy battery works by raising multiple heavy weights – totalling up to 12,000 tonnes – in a deep shaft and releasing them when energy is required. They plan to roll out their technology in disused mine shafts globally.

The demonstrator at the Port of Leith will allow the technology to be trialled on a smaller scale, utilising an above ground structure.

In a statement, Gravitricity’s lead engineer Miles Franklin said: “This grid-connected demonstrator will use two 25-tonnes weights suspended by steel cables. In our first test we’ll drop the weights together to generate full power and verify our speed of response. We calculate we can go from zero to full power in less than a second – which can be extremely valuable in the frequency response and back-up power markets. 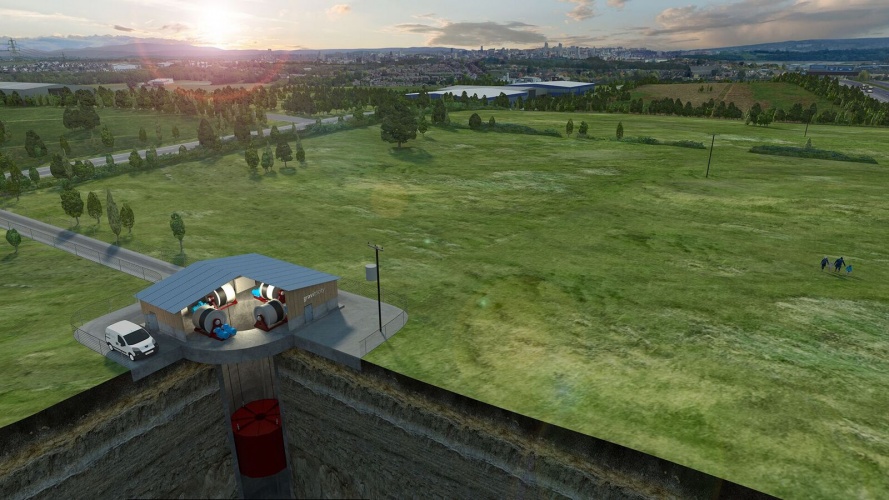 “We will then run tests with the two single weights, dropping one after the other to verify smooth energy output over a longer period. Together, this two-month test programme will confirm our modelling and give us valuable data for our first full-scale 4MW project which will commence in 2021.”

The lattice tower is being delivered to Gravitricity by Leicester firm Kelvin Power, with the winches and control system supplied by Dutch winch specialists Huisman. The company is also in discussion with Scottish businesses regarding the supply of other key components including the weights.

The Gravitricity project is supported by a £640,000 grant from UK government funder Innovate UK.