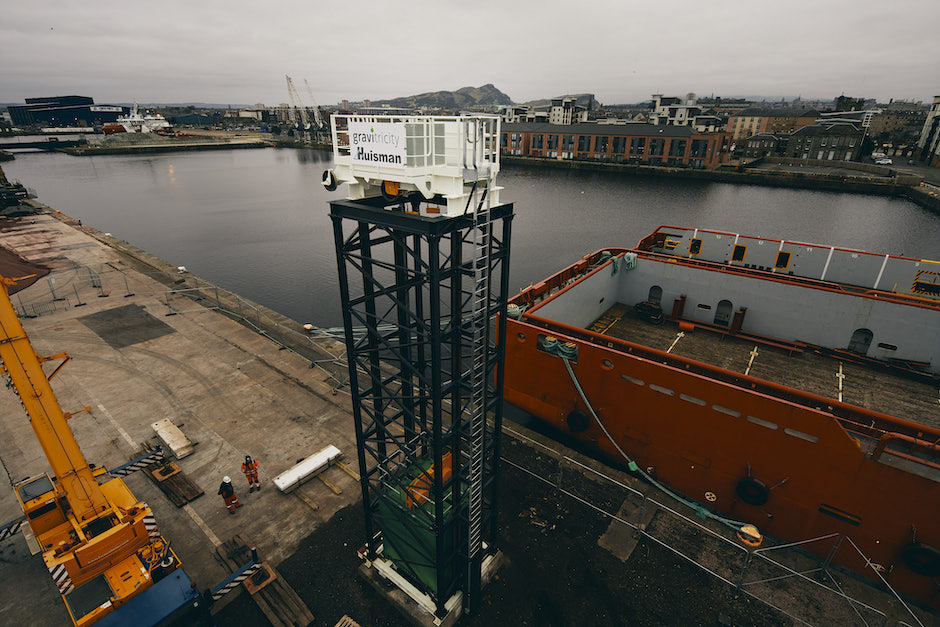 The Edinburgh-based company describes its mission as to accelerate the global transition to 100 per cent renewable energy, and to get the technology out into the world to do so on a global scale.

Its patented power storage technology uses a multi-weight system to store and release energy. This is done by suspending the weights by cables within a deep shaft, with electrical power able to be absorbed or generated by raising and lowering the weights.

Managing director Charlie Blair said the long shelf and cycle life of the technology is core to the company’s proposition. “The USP for the power storage is definitely longevity, and longevity is something that’s not going away — we’re building something that lasts for 25 to 50 years,” Blair said.

“The power storage is a very solid business model on its own — we’ve got an R&D programme and we’ve just built our 250kW concept demonstrator here in Edinburgh. We’re moving from a large-scale concept demonstrator, 50 tonne weight, to funding and developing a full-scale underground system.”

In response to the accelerating demand for renewable energy solutions and the need for safe, economic storage of hydrogen, Gravitricity has now submitted a global patent to turn purpose-built shafts into pressurised energy stores for this added purpose.

Company founder Martin Wright said: “We envision building single or multiple shafts which, when co-located with a green hydrogen electrolysis plant, would have a very clear dual function: to store excess electricity for use by the electrolysers when needed, and to store the plant’s output as a buffer into the gas grid.”

This would aim to smooth the input and output of the green hydrogen plant and improve the economics, bringing down the cost of green H2, he added.

“Storing explosive gas is a big challenge, so we’ve realised that we can actually use our underground infrastructure — which is pressurised because the geology of the Earth is holding it in and maintaining the pressure, and no oxygen can get down there so it’ll be non-explosive once it’s in as long as we do our engineering job right,” said Blair.

The company is also looking at building inter-seasonal heat storage into the system on a long-term basis, increasing its versatility and economic value by maximising utilisation of the infrastructure. 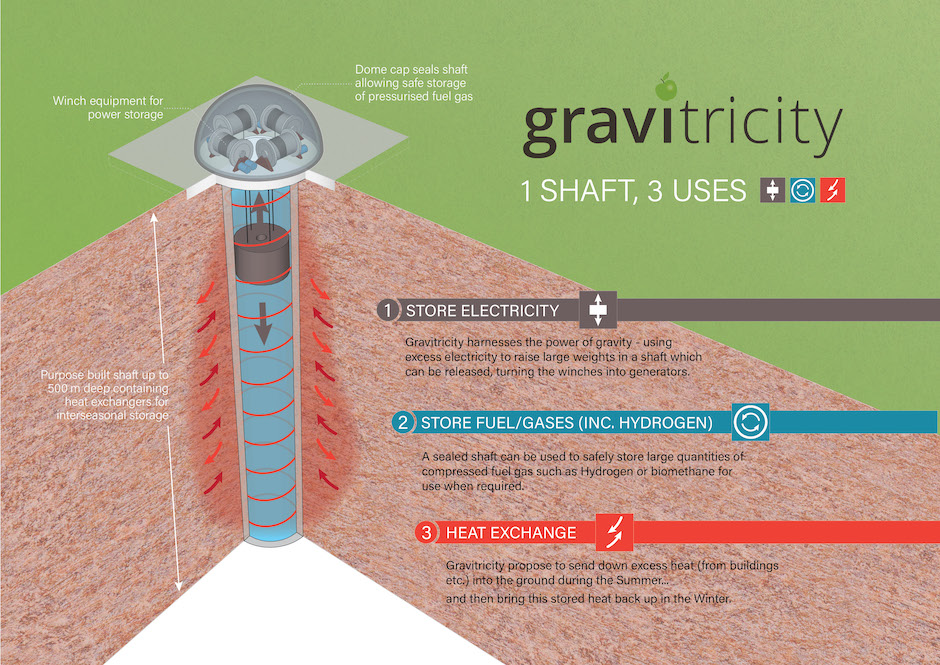 “In the decade ahead, we believe that the capacity to sink single or multiple shafts exactly where required could result in the rapid scale-up of our technology, not just in the UK but around the world,” said Blair. “Building below-ground hydrogen storage into our system will become another extremely valuable revenue stream for Gravitricity projects.”

Gravitricity believes a pilot hydrogen storage system could be in place within three to five years, and could also be used as a fuelling point to provide low carbon hydrogen fuel for HGVs, ships or trains, according to Wright.

Whilst the first project will be costly at the outset, Blair said, Gravitricity believes that in the medium and longer-term it will allow for a significant decrease in cost per energy unit stored due to the technology being utilised across the three different scales.

Video of the week: THeMIS UGVs in live fire exercise