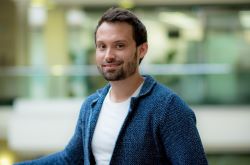 The ability to leverage huge amounts of existing development data will mean the difference between winners and losers in the automotive industry going forwards, says Dr Richard Ahlfeld, CEO and Founder of Monolith AI.

Longstanding automotive companies are quietly facing a dilemma, one which according to Akio Toyoda, chief executive, Toyota is a matter of “dying or surviving”. The likes of Volkswagen and Daimler are shifting their R&D focus to developing smarter technologies and enhancing predictive capabilities in-house with 40 per cent of their R&D investment going towards software development alone, with another 25 per cent set for electrical architecture this year.

The potential for AI-assisted technology to supercharge the development processes of these companies is so vast it’s still hard to grasp in full. Much focus in the media is given to how AI is being woven into the fabric of autonomous driving technology. Behind the scenes however, AI is quietly and significantly supercharging the engineering capabilities of leading manufacturers, such as Honda and BMW.

Many of the world’s largest automotive companies are already reaping rewards of machine learning power technologies such as digital twins. With the ability to create a virtual replica of a car fuelled by real driving data, engineers are better able to visualise and assess the impact of their design choices on real performance. This technology has been shown to reduce the number of driving tests done during the final development stages by up to 70 per cent, whilst also reducing repetitive tasks associated with this kind of development by 40 per cent . AI is already saving engineers valuable time and money, with OEMs claiming that 90 per cent of innovation today comes via software like this.

These capabilities come down to one common element – the ability to leverage existing data lakes. Engineering is an incredibly creative, dexterous way of thinking. For a machine to even begin to assist with this kind of problem – solving in an intelligent way, it needs a variety of data points to start from and this is where younger, smaller automotive companies often need to play catch up.

Although the size of your data pool doesn’t have to always limit your machine learning capabilities, for the BMW’s, Honda’s and Kistler’s of the world, their datasets create an incredible bank of knowledge to utilise. Training models with this data enables these companies to make new predictions, explain design, perform optimisation or find patterns that could not have been identified without machine learning in the first place. However, these vast data lakes do have their own issues associated with them, primarily –  is the data right for ML – and – will the model be intelligent enough to understand how all these data points interact with one another?

If data wasn’t generated with ML in mind, it needs to be explored as carefully as possible as the original design space sampling may not be optimal. When it comes to large automotive companies, generally speaking there is enough data to find which works best for building predictive models, but finding a model intelligent enough can be an obstacle – one which generally comes down to in-house capabilities.

Large automotive companies are facing similar challenges – a programming skills shortage. There’s no quick fix to marrying the experience of automotive engineers and capabilities of computer programming, as there’s a remaining disparity between the two fields.

Many of the manufacturers have thousands of engineers but only a few hundred programmers between them. Bridging the skills gap by training engineers to become data scientists, or training data scientists to become engineers, will either take too long, or strain the already tentative relationship engineers have with AI technology.

The discrepancy between data scientists and engineers exists because generic ML models simply don’t work for engineers – instead, the industry will (and in some cases, already is) deliver AI models, derived for and in engineering purposes, making AI capabilities yet another tool in an engineer’s repertoire of problem-solving skills. As Vincent Higgins, global director digital transformation at Honeywell summarises, advancing AI capabilities in-house comes down to adopting these tools for the benefit of the in-house experts:

“The most common mistake people make is that they hire data scientists without bringing the subject matter experts along. Successful application of AI is a marriage of data and expertise right down to the granular level.”

Adopting AI for engineers comes down to the right tools

The ability to leverage huge amounts of existing development data will mean the difference between winners and losers in the automotive industry going forwards. Engineers need AI tools designed with their needs and specifications in mind, to adopt data science capabilities and the design benefits these technologies can bring. It’s down to industry leaders to champion these advancements, and to promote the benefits of collaboration.

This is no overnight process and requires fine tuning and proper adjustments in your engineering workflow, including the setup of repeatable processes to generate and capture data from your simulations or tests. Monolith AI helps remove the need for simulation iterations, allowing companies to be more responsive to change in requirements, and therefore benefit from better alignment with other teams.