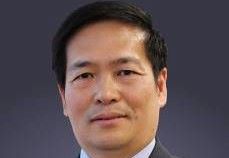 There is no denying that pioneering technologies such as HVDC will rapidly revolutionise our approach to achieving net-zero by 2030, says Professor Xiao-Ping Zhang, IEEE Fellow, IET Fellow.

It is evident that more efficient and reliable direct current grid technologies are needed throughout the UK. With the help of revolutionary energy infrastructure developments and technologies such as high-voltage, direct current (HVDC) and smart wind turbines, the UK will become a step closer to its net-zero target. Recent findings have indicated that adopting an integrated approach for all offshore projects delivered by 2025 could save consumers approximately £6bn. This represents 18 per cent of the total capital and operating expenditure between now and 2050.

This newly integrated approach will use HCDC technologies to achieve flexibility and efficiency for offshore wind energy delivery and connections. There are currently two different types of HVDC converter technologies being used, these are voltage source converter-based HVDC and line commutated converted-based HVDC.

The former of the two has benefits, such as less vulnerability to alternating current faults and no commutation failure at inverter sides. As a result, it provides reactive voltage control of converter stations, as well as fast dynamic reactive power and alternating current voltage control. That being said, it also has a variety of disadvantages, such as higher power loss, lower power capacity, is vulnerable to direct current faults, and has higher investment costs.

Although both technologies provide a range of advantages and disadvantages, a common factor is that they both have reliability issues. To solve this, direct current circuit breakers are needed to increase the cost of investment. With both technologies supporting the offshore wind energy integration and interconnections with neighbouring countries, these advancements can lead to exciting opportunities to carry out research and development works which will result in more reliable and cost-efficient technologies. Based on recent years’ developments, more reliable and more efficient next generation of high voltage dc transmission technologies are emerging driven by the high demand of offshore renewable energy integration and interconnections between countries. The research and development in this area will simulate work in power electronic devices, such as Insulated Gate Bipolar Transistor and Integrated Gate Commutated Thyristor, which will attract further investment opportunities.

The most recent severe power cut in August 2019 caused blackouts across the Midlands, South East, South West, North West and North East of England, and Wales. The incident was triggered by two almost simultaneous unexpected power losses at Hornsea and Little Barford due to lightning strikes, which indicated the challenge of operating the future low inertia electricity system.

It is well known that, going forward, it will become more important to find effective ways to use turbine systems to provide and maintain effective frequency regulation and stability. Current methods of using wind turbines to regulate electricity struggle to provide consistent support because of variable wind speeds and other system conditions. As more wind turbines are integrated into the system, it becomes increasingly difficult to balance supply and demand, while keeping the system stable. Frequency dips in the power grid occur more quickly and more severely than when wind generation became such a significant element of electricity generation.

Recent research progress has indicated that a ‘smart’ system control strategy that controls the storage and release of energy from wind turbines, where blades of wind turbines are considered to be big flywheel storage systems, will reduce the risk of power cuts and support the increase of wind energy use world-wide. It is expected that more research and development work is needed to demonstrate the emerging smart wind turbines control systems and develop new solutions in order to make the future electricity grid secure, efficient, and flexible.

Overall, it is evident that these new, efficient and reliable technologies will pave the way for infrastructure throughout the UK. Although there are advantages and disadvantages, differing and innovative methods will provide consistent support to the development as a whole. There is no denying that pioneering technologies such as HVDC will rapidly revolutionise our approach to achieving net-zero by 2030.

ChromaDose to improve chemotherapy for children