Hydrogen is set to have biggest impact in the transportation sector, say readers of The Engineer

In its recently published  hydrogen strategy the UK government took the first steps towards delivering on a promise to put hydrogen at the heart of the UK’s net zero plans.

As previously reported, hydrogen is thought to represent a particularly promising component of the net zero push because of its potential application in so many different sectors.  And in a recent poll we asked readers of The Engineer where they thought it would have the most significant impact: transportation, heavy industry, or heating.

The poll attracted 455 votes, with transportation receiving the largest share of the vote (39 per cent), closely followed by heating (37 per cent). 19 per cent of respondents felt that heavy industry – already the biggest user of hydrogen – would be the most significant beneficiary, whilst the remaining five five per cent voted for “other”.

Commenters on the original story were largely sceptical about the decarbonising credentials of hydrogen, and were particularly critical of the UK government’s support for so-called blue hydrogen (which is produced using natural gas) and is being heavily touted by the oil and gas industry. 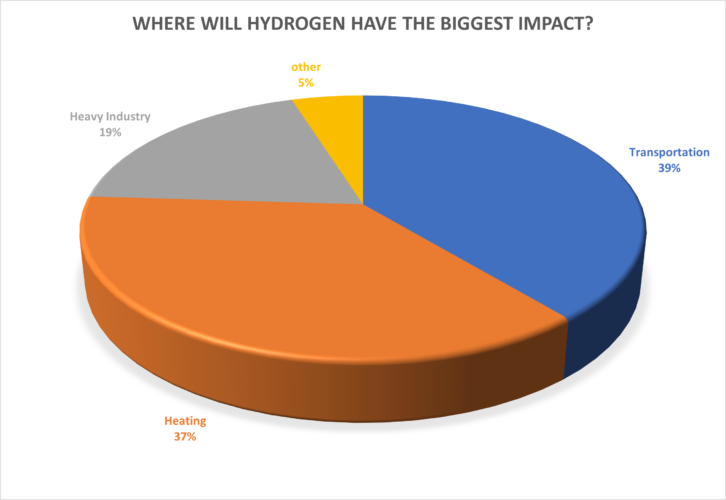