The term ‘digital disruption’ has become something of a cliché in recent years, a catch all term used to describe the impact of technologies ranging from artificial intelligence to new communications technologies. What is the reality of digital disruption however, and what can manufacturing and engineering focused businesses do to mitigate the associated risks?

Roundtable report: Why collaboration will be key to embracing technology

The quintessential example of digital disruption is that which impacted the music and entertainment industries in the early 2000s. When illegal streaming services such as Pirate Bay emerged, they took advantage of new technologies that allowed for the digital consumption of movies and music, and they also took advantage of the fact that the industry was unprepared for this transition and was still focused on analogue products such as DVDs and CDs.

After much legal wrangling as companies attempted to stop the pirates, new, legitimate streaming services emerged and now dominate the industry (bar the vinyl revival!)

This story might seem far removed from manufacturers which are rolling cars off production lines or installing new energy infrastructure. A similar threat does exist however – as explored in our White Paper – and manufacturing companies should act now to get ahead of it.

This particular threat comes from 3D printing. This technology, otherwise known as additive manufacturing, is revolutionising industries which produce and distribute goods. By allowing for decentralised and distributed manufacture, and by allowing consumers to potentially download items directly into their homes or businesses, 3D printing is a game changer. The technology also opens the door to the creation of complex geometries that were previously unattainable using conventional manufacturing methods, allowing for the fabrication of new parts that are stronger, lighter or more efficient than those previously employed. 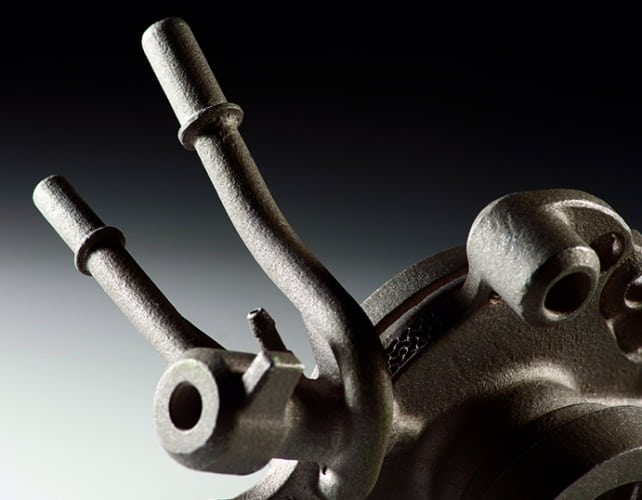 Already, manufacturers such as BMW are investing huge sums into this technology, keenly aware of the edge it will give them in a competitive market. And they are not alone, the European Patent Office reports that, since 2010, the number of patents filed on 3D printing innovation have increased from 828 to 4072 in 2018 (the last year for which full data is available). This reflects not just into the scale of investment in this technology, but also the sheer range of industries which are investing.

Just as with music streaming, 3D printing relies upon the creation of digital versions of currently analogue products. For example, a manufacturer in Japan sending parts to a distributer in the US would need to create a design file of a given part, which could then be sent to the US for instant download and manufacture. The creation of the design file however – the digital version of the original product – opens the doors to a streaming scenario not entirely dissimilar to that which so impacted the music industry.

This problem is confounded by the fact that the law is necessarily playing catch up with this technological innovation. As such, it could be that existing intellectual property protection covering a physical product doesn’t protect the product’s ‘digital twin’ (e.g. a digital design file). This could leave a manufacturer with limited recourse to stop counterfeiters.

3D printing counterfeiting is a risk that applies to all products

By way of an example, intellectual property filing strategies have previously tended to focus on a select few countries including important manufacturing hubs. Given the ability of 3DP technology to rapidly send design files to multiple locations for local manufacture, this strategy will need to adapt to ensure effective protection is provided in the territories in which infringement is likely to occur, not just in the territories where traditional mass-scale manufacture is planned.

Matthew Jefferies MPhys is a Senior Associate at Marks&Clerk