Mats Rahmström, CEO of compressor giant Atlas Copco, talks to Andrew Wade about how electrification, connectivity and digitalisation are driving innovation at the company

Even against the backdrop of London’s Square Mile skyline, Mats Rahmström looms large. As CEO of industrial giant Atlas Copco, the big Swede is hosting an event at The Shard to mark the UK centenary of the company, which was founded in Rahmström’s homeland in 1873. Its early days in rail construction seem an age away, and today Atlas Copco is one of the world’s leading producers of air compressors. According to the CEO, change has always been part of the company’s DNA.

“One thing we always speak about is the tradition of always being ready for change,” said Rahmström. “It’s also aligned with one of our main owners, the investor group of the Wallenberg family. And thus the move to separate the mining from industrial.”

Atlas Copco: past, present and future

Sweden’s prominent Wallenberg family has stakes in many of the country’s most recognisable industrial firms, including Atlas Copco, Ericsson, Saab and ABB Group. In 2018, Atlas Copco’s mining equipment division was spun out of the main business into a new independent company called Epiroc, a change it seems at least partially driven by the Wallenbergs seeking to divest from less sustainable sectors such as mining. It’s a move that also fits with Atlas Copco’s trajectory towards more electrification across its business lines.

“The most obvious example is the auto sector where we – maybe six or seven years ago – realised that we were heading this way and this was an opportunity,” Rahmström explained.

Up until that point, Atlas Copco’s primary role in the automotive sector had been powering equipment for final assembly, such as compressors and pneumatic tools for robots and manual workers.

“Then we realised that if you’re going to have more battery cars, more environmentally friendly cars in general, then you’re going to be dealing with frames made from lighter materials,” said Rahmström. “So now if you come to us and you’re an assembly company or want to build a new car – it’s probably mixed materials today, with composites and aluminium – we have all the technologies to do that assembly. So that’s one of the biggest changes, and I think the auto industry at this time is the most interesting to be part of in all the ways that it’s changing quite rapidly.

We’ve decided that analytics should be a core competence for the future, so we’ve hired these types of engineers

“If you look at tools in the automotive industry, when I started – which was 30 years ago – all the tools were pneumatic. And of course we sell compressors. But for today’s car industry, 95 per cent of what we sell is electric tools, smart electric tools, transducerised tools.”

Today the company is divided into four business lines, or ‘Techniques’. Compressors are still very much at its heart, making up roughly half of revenues. The other half is split between the remaining three Techniques, namely Vacuum, Industrial and Power. The transition from diesel equipment to more electrically driven machinery across all the business lines is one of the key challenges Atlas Copco is facing.

“It’s a big engineering challenge,” said Rahmström, “but it’s also a competence and people challenge, because you start out with more mechanical engineers, now you have more electrical engineers, and today, half of the people working in Industrial Technique are software engineers. And then you get to digitalisation and analytics – we’ve decided that analytics should be a core competence for the future, so we’ve hired these types of engineers. So the competence journey is as important as the engineering journey.”

Though at its core the company is still very much a nuts and bolts engineering firm, digitalisation is playing an increasingly important role. Rahmström understands some of the frustrations engineers have around the hype of IoT and Industry 4.0, often failing to deliver on oversold promises. Nonetheless, the right digital tools in the right hands can be a powerful thing.

“It can be very abstract, but in some areas it’s very tangible for us,” he said. “If you think of the Ford car factory, they could only build black Model Ts on one line. The way they sorted that out was by building in batches of cars or using different lines. But with modern day digitalisation, we can actually build six or seven different models on the same line. 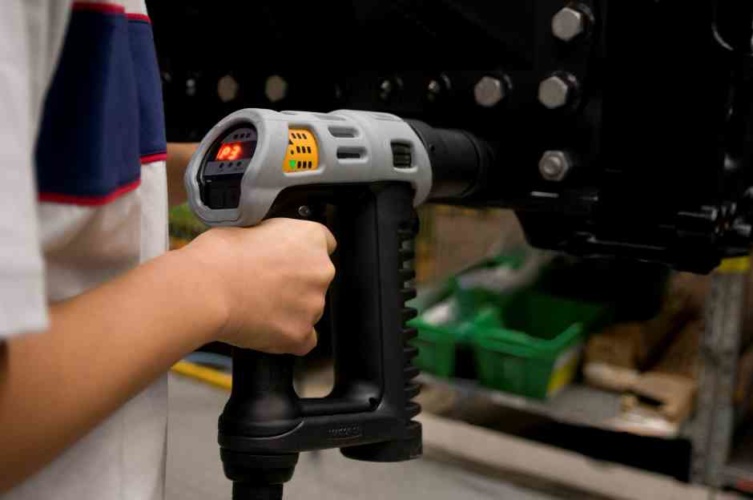 “And with our smart tools, every time you enter into station, you just scan the operation, you know exactly what parts to pick, we have the human-machine interface to guide where to tighten bolts, for example. So that’s a really tangible impact of digitalisation actually working.”

That impact is fundamental to Atlas Copco’s digital strategy. Adopting technology for its own sake where the benefits are unclear simply adds complexity and can lead to customer frustration. But industrial companies should not be afraid to make the leap when the rewards are obvious. Predictive maintenance is one such area where Rahmström believes digitalisation is clearly working.

“We’ve got 130,000 connected compressors,” he said. “But you need to know what to do with the data. I’d say we’re in the midst of being able to predict what will happen. Since we’ve designed the asset, we know the asset and we can learn quicker than anyone else what will fail. We now have five digital centres for compressors around the world where people with service contracts have this service with us where we can start to make more proactive calls if something is vibrating or there’s heat or whatever.

“We cannot predict which part it is yet, we are not quite on that level, but predictive is getting more and more tangible for us. We’ve taken it down to what is valuable instead of what is cool or what is possible. When you work with the semi-conductor industry and the auto industry, they are very demanding, so that keeps us on our toes makes sure what we bring to them is valuable.”

VR and AR tools are more niche, said the CEO, but should by no means be ruled out simply on that basis. VR can have a role to play in the design process, while AR could assist in field maintenance of industrial equipment, as demonstrated by software providers such as PTC in recent years.

“It’s still a niche tool and I think the ones who are leading it is service, for example on portable compressors,” said Rahmström. “If you are out in the field somewhere you can use your camera and get guidance from an operator or an engineer that can look at the same thing and have see-through drawings. I don’t think it will be for everyone, but it’s something that could be extremely valuable with time.”

That type of innovation is important for Atlas Copco to continue attracting young engineers. By Rahmström’s own admission, the company may not initially be as appealing as other employers it competes with for engineering talent. But when people see the variety of technology that underpins its operations, Atlas Copco becomes a more enticing prospect.

“Many young engineers don’t realise all the cool technologies being implemented in this big industrial company,” Rahmström said. “Normally we are not so attractive, looking from the outside. But when we’ve had people come to us and learn what we’re doing and the opportunities, then they stay.”