In a wide-ranging interview Frazer-Nash Consultancy managing director Neil McDougall reflects on the business challenges presented by COVID-19 and how the pandemic may provide an opportunity to build a more resilient industrial future for the UK. Jon Excell reports.

As recent events have reminded us there’s plenty to be said for bringing an engineer’s mindset to bear on the big problems of the day.  And few types of engineering organisation are better at applying intellectual horsepower to apparently intractable issues than consultancies: firms adept at embracing unfamiliar challenges and cutting through complexity.

Little surprise then that one of the UK’s most respected engineering and technology consultancies – Frazer-Nash – has adapted so swiftly to what its Managing Director, Neil McDougall, describes as “the new different.” 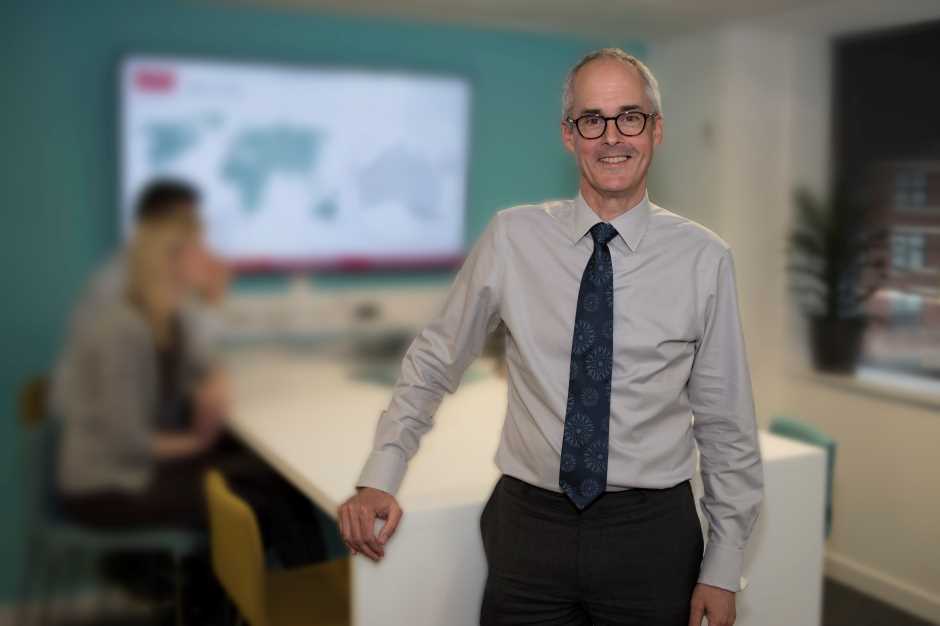 Like many organisations, before the pandemic struck Frazer-Nash was pretty much wedded to office working: an environment seen as a key enabler to the kind of collaboration and ideas-sharing that runs through the veins of an effective consultancy.  And yet, with lockdown looming – and with barely a hiccup – the company moved almost its entire workforce to remote working within a week.

The old adage that your staff are your number one asset is particularly true for consultancies, for whom brainpower is the main product. And for McDougall the number one priority was obvious: protect the staff.  “The major threat for us was twenty per cent of our workforce being ill,” he told The Engineer, “we worked out if that happened we would have a real problem delivering to our customers.”

He puts the relative smoothness of this transition down to the way in which the company has actively built for resilience over the years, a process that began – he said – when it was formed out of the bankruptcy of the original Frazer-Nash Group in 1990 and found itself overly exposed to a single customer, the MoD.

One of the keys to this transformation has been a scenario planning process that helps ensure the company is prepared for an uncertain future. This process – originally pioneered by Shell in the 1970s – involves looking beyond typical five-year planning cycles and imagining how a variety of potential future scenarios might affect the climate in which you operate.  “You map out future scenarios that you can describe in straightforward terms,” he explained, “and amidst all of the positive and negative scenarios you look for ‘no regret’ decisions: decisions that you can make which are okay irrespective of what happens. And that helps your resilience.”

An example of this is the way in which the firm has anticipated the growing importance of the digital world, both in terms of positioning itself for future business opportunities and also how it affects the day to day operations. It’s largely thanks to this constant horizon-scanning, he said, that the company was able to transition so smoothly to home working, as the cloud-based tool sets and VPN connections required to make this happen were already in place.

The other critical component here was the “can-do” spirit of the workforce – a quality McDougall believes harks back to company’s origins as a much smaller organisation (today it employs over 800 people globally). “A lot of it is about people digging in, taking on extra responsibility and finding a way around things. This goes back to the small company early day mentality where when the photo copier runs out of paper someone has to go and buy some, and I’m nearest the door so I’ll go. That’s a trait you can forget you’ve got, but it’s still there. And I think most companies and organisations have that.”

If you look at the challenges we face, it feels like there’s an opportunity to repurpose, redevelop, and reinvigorate manufacturing

Looking beyond Frazer-Nash, McDougall believes industry in general has discovered untapped reserves of resilience that will be key to helping the country navigate its way out of the economic ravages of the pandemic.

In the immediate term, he said, a key priority is addressing some of the frailties that have been exposed by the pandemic, and working to build up domestic supply chains and expertise to help ensure that the UK isn’t overly reliant on imports for critical equipment.

Beyond that though, he believes that the current situation represents an opportunity for a more fundamental reassessment of our industrial ambitions – citing the opportunities around developing the low carbon energy that will help the UK achieve its 2050 net zero targets as a particular area of priority.  “If you look at the challenges we face, it feels like there’s an opportunity to repurpose, redevelop, and reinvigorate manufacturing,” he said.  “I think the challenge for us post COVID is working out what we need as a country.”

Reassuringly, McDougall does think that the UK is in as strong a position to manage this situation as many other countries, and that is has some specific strengths that will help it to do so: in particular a strong culture of innovation, and collaboration (something celebrated in The Engineer’s annual C2I Awards, for which Frazer-Nash is the headline sponsor).  “Our country has a phenomenal history of technical innovation,” he said, “and that’s about our education and how we approach problem solving. One of the reasons Frazer-Nash has been successful is that we’re full of people who are prepared to think outside the box, to innovate to try and solve customers’ problems.”

And whilst industry-wide concerns over an engineering skills shortage persist, McDougall’s own experience gives him cause to be optimistic that this culture of innovation will endure. “I look at the capability of people coming through and think ‘we don’t have a problem here’, what we need to make sure is that those people don’t do what happened in the 80s and go off into merchant banking, but go into working on things that can make a real difference to society.”

He suggests that the key to achieving this will be to think differently about the way engineering skills are deployed and developed in the UK, and perhaps adopting a more joined-up approach to ensuring that we’re developing the capabilities that the country actually requires.

There could be lessons here, he said, from the way that his own organisation approaches things. “Because we’re a general consultancy one of our major challenges is matching the capability we’ve got to what the market wants – we spend an awful lot of time thinking about that, about how we develop people to make best use of the capability we’ve got and broaden them out into being multiskilled or adaptable to a different circumstance – if you look at what’s happening in the country at the moment, maybe that’s something that needs to happen more broadly.”

McDougall also wonders whether we need to start thinking creatively about dealing with the impact of the pandemic on the education system  “Does Covid mean that a whole load of students will defer entry to university and that in four years’ time there will be no graduates?” he asked, adding that Frazer-Nash has been thinking about how it might respond to this changing skills landscape.

“If universities have put their courses online does that give us an opportunity? Could we take people who are not traditionally where we would recruit from – someone who’s perhaps not done a full engineering degree but has done enough to do the things that you need to solve your customers’ problems.”

If applied across industry such an approach could, he said, help address concerns over diversity and inclusion by enabling access to the profession to those who might not have considered it as a career.

Fundamentally it’s not about making money, it’s about helping our customers solve problems. And if we do that we make money anyway.

Like other industry leaders The Engineer has spoken to in recent months, McDougall has a strong sense that UK engineering stands at an important crossroads; that big opportunities await in the emerging technology areas that will define our low carbon future, but that decisive action is required.

And whilst delivering the technology to tap into these opportunities is first and foremost an engineering challenge, it’s one that McDougall believes can’t be overcome without courageous political decisions.

To this end, he would like to see a clearer voice for engineering in central government.  “Do we expect Boris Johnson to make courageous decisions about the engineering industry in the UK off his own back? Probably not. But what I have seen with pandemic is the PM stood with technical people either side. And you would hope that maybe bridging the gap between policy makers and a technical understanding of what’s going on might actually help us get to a carbon neutral 2050. How do we make that happen? How do we get to a point where we’ve got the engineer playing a properly fully engaged role in the future of society? If you could answer that question I think the five-, ten- and fifteen-year scenarios might show us moving to an increasingly resilient industrial future.”

McDougall – who joined Frazer-Nash in 2005 – has worked across a range of sectors and organisations – but, as he told The Engineer, his passion is for consultancy. “The appeal is the diversity and breadth of it and also the challenges you get: you’re not being asked to do the ‘same old’ every day and you’re not limited to one area of expertise. You’re asked questions about all sorts of stuff: you’re not expected to have seen it before, you’re expected to use your intellect to solve it.”

And although he has worked for a number of consultancies, he believes the culture of Frazer-Nash tops the lot. “Fundamentally it’s not about making money, it’s about helping our customers solve problems. And if we do that we make money anyway. It’s a company run by engineers for engineers. Engineering in so many businesses is a support service, but our revenue comes from selling engineering and that’s a lovely place to be.  It is without question the best company I’ve ever worked for. And I have to say it’s got nothing to do with me, because it was like this when I turned up!

Driving a new era of collaboration in engineering skills outreach

CBM welcomes Treasury support but warns against ‘no deal’ Brexit