A breathable vital signs sensor holds promise for the development of noninvasive e-skin devices that can monitor a person’s health continuously over a long period. 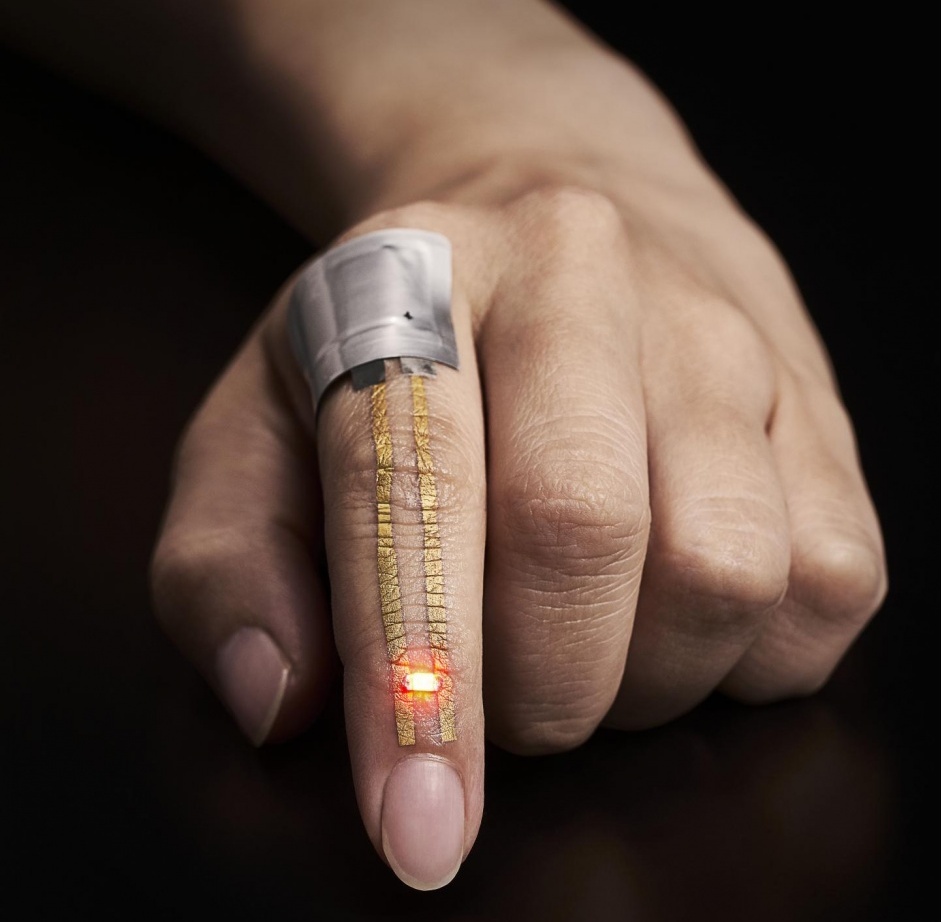 Developed by researchers at the University of Tokyo, Japan, the new electrode is constructed from nanoscale meshes containing a water-soluble polymer, polyvinyl alcohol (PVA), and a gold layer: all materials that are considered safe and biocompatible. The device can be applied by spraying a tiny amount of water, which dissolves the PVA nanofibers and allows it to stick easily to the skin.

Wearable electronics that monitor heart rate and other vital health signals have made headway in recent years. However, although the ultrathin films and rubber sheets used in these devices adhere and conform well to the skin, their lack of breathability is deemed unsafe for long-term use: dermatological tests show the fine, stretchable materials prevent sweating and block airflow around the skin, causing irritation and inflammation. 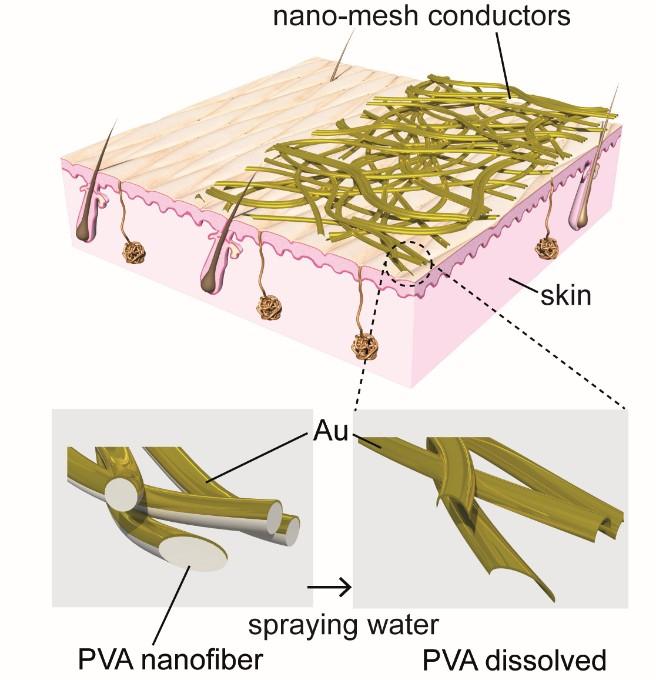 During trials of the new sensor, which are reported in the journal Nature Nanotechnology the researchers conducted a skin patch test on 20 subjects and detected no inflammation on the participants’ skin after they had worn the device for a week.

The group also evaluated the permeability of the nanomesh conductor, and found that its porous mesh structure exhibited superior gas permeability compared to that of the other materials.

Commenting on the future implications of the team’s research, project leader Prof Takao Someya said: “It will become possible to monitor patients’ vital signs without causing any stress or discomfort.”