The pioneering scientists and engineers behind the development of LED lighting have been awarded the 2021 Queen Elizabeth Prize for Engineering.

Isamu Akasaki, Shuji Nakamura, Nick Holonyak Jr, M. George Craford and Russell Dupuis have been recognised for the immense impact the technology has had, revolutionising one of humanity’s most fundamental requirements. LED lighting is 75 per cent more energy efficient than traditional incandescent and compact fluorescent bulbs, with LED bulbs lasting 25 times longer than their incandescent predecessors.

“The impact of this innovation is not to be understated,” said Professor Sir Christopher Snowden, chair of the QEPrize Judging Panel.

“It makes lighting a lot cheaper and more accessible for emerging economies. For example, LEDs are being used on fishing boats where previously the only option would have been paraffin lamps. They are much cheaper and safer. It is not only an extreme engineering achievement, but a societal one that has a significant impact on the environment.”

First awarded in 2013, the QEPrize celebrates ground-breaking innovation in engineering. The 2021 winners were announced by Lord Browne of Madingley, chairman of the Queen Elizabeth Prize for Engineering Foundation.

“This year’s Prize winners have not only helped humanity to achieve a greater degree of mastery over the environment, they have enabled us to do so in a sustainable way,” said Lord Browne.

“They have created a product which we now take for granted, but which will play a major role in ensuring that humanity can live in harmony with nature for many more centuries to come.” 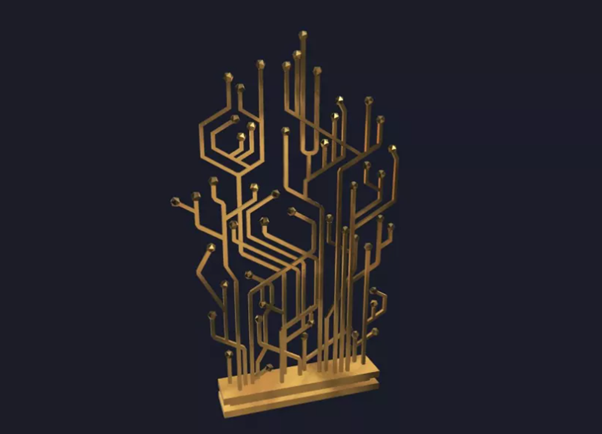 The LED lighting pioneers will be formally honoured at a ceremony later this year, receiving the £1m prize and a trophy designed by competition winner Hannah Goldsmith, a 20-year-old design student from the UK. Lord Browne also revealed that the QEPrize will now be awarded annually, rather than biennially, to reflect the rapid pace of engineering innovation.

“At the Queen Elizabeth Prize for Engineering, we recognise that a new age of innovation demands a new approach,” he said. “As engineering and its place in society keep evolving, so too must the Prize. We want to expand our horizons, and do more to recognise the diversity of contemporary engineering.”

UK missing out on robots in manufacturing