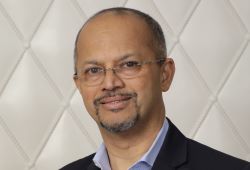 As the age-old adage goes: waste not, want not. For over a century, that philosophy has been at odds with mass-scale manufacturing, which made it cheaper and easier for consumers and businesses to replace almost anything from a car to a computer than to repair or upgrade them. But there are signs that waste not, want not is gaining mainstream momentum.

There is growing consumer concern about e-waste and other pollution that are by-products of mass-scale manufacturing. Enterprises also are increasingly concerned about the environmental — and bottom-line — impact of replacing servers, computers and other hardware every few years.

The more consumer, enterprise and investor concerns grow, the more pressure it piles on consumer electronic (CE) vendors, Original Equipment Manufacturers (OEMs) and businesses as a whole to fundamentally rethink their approach to product design and product strategies. One approach gaining traction involves extending the usable life of products by continually refining and updating them. Call it “Make to Think”.

Advances in technology has heralded the “Make to Think” era . For example, 3D printing, edge computing and cloud storage are getting cheaper, more ubiquitous and sophisticated. With generative design and advances in Computer Aided Engineering, once the manufacturer provides the parameters, the software designs the product. CI/CD, lean software and agile processes reflect the ‘Make to Think’ philosophy in the software world.

Put simply, the operative, real-world data from users feeds into the manufacturing data and this in turn feeds into the design data. And all of this enables companies to update and hyper-personalise products, making it easier than ever to upgrade, repair, remanufacture or even relaunch products and services.

When a product that lasts a few years can be designed to last a decade, doesn’t that mean a lot less revenue and profit for its manufacturer? Not necessarily.

Some major smartphone makers are known for providing software updates for four years or longer. This extends the life of hardware beyond rival devices that are abandoned after as little as 18 months. That longevity alone can be appealing to both consumers and CIOs, which helps boost sales not only of devices, but also of the services they’re wrapped with.

Longevity also delays the time when hardware owners feel the need to start shopping for a replacement. That point is when they’re most likely to churn to a rival, which also can lead to them switching to services wrapped around their new device.

The automotive industry too is now releasing regular software updates to a rather large piece of hardware, the electronic vehicle. Drivers attest to how their cars keep getting better with each over-the-air (OTA) update. Updates can include driver safety modules, boosted performance and new technical specs.

An intelligent future for industries

There’s no shortage of examples to understand how hyper-customization enables new business opportunities — including in industries that are centuries old. For instance, manufacturers of printing presses have offered remanufacturing and upgrade services. These not only replace worn mechanical parts; they also add computer controls and other features that weren’t available when the presses were originally designed and manufactured. The rapid development of technologies such as cloud, AI, digital twins and edge computing means almost every industry will digitally transform itself, with data at the heart of it, to be more ‘intelligent’ over the coming years.

Thanks to the fusion of data with all things digital, this transformation can happen end-to-end, for example from a customer interface right through to the software running the robot on a factory floor. The many synergies that can be leveraged between the digital and engineering worlds can empower businesses to hyper-customize their products for almost anything – from sustainability to launching “As- a-service” models to finding new long-term revenue streams.

than just looking after their self-interests. Consumers in turn will be discerning about the companies they use. Companies that heed this call will thrive. Businesses that can’t or won’t may quickly lose market share and risk going out of business. There has never been a more pressing time to ‘make to think’.