A new report from the National Audit Office says the Department for Transport and HS2 Ltd underestimated the complexity and risk of HS2 from the start. 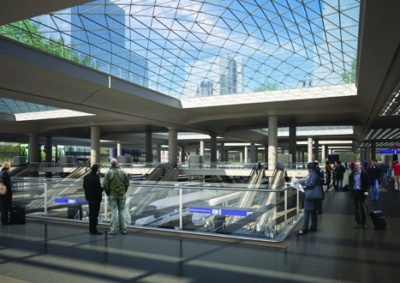 The DfT’s latest estimates put the cost of the project at up to £88bn, 58 per cent higher than the funding currently available. However, estimates from other sources put the overall cost at more than £100bn, with services on Phase 2 lines to Leeds and Manchester not complete until the 2040s. Although work is already underway on some parts of HS2, main construction is yet to begin and a final decision on the project’s future is due in the coming weeks.

According to the NAO, the original timeline for Phase 1 of the project from London to Birmingham was overly ambitious and based on previous infrastructure programmes that did not have the same scale and complexity as HS2. The NAO issued warnings about the timeline in both 2013 and 2016, but HS2 Ltd and the DfT failed to heed them and only revised its schedule for the opening dates in April 2019, by which point estimated costs for Phase 1 had risen from £31bn to £40bn.

“There are important lessons to be learned from HS2, not only for the Department for Transport and HS2 Ltd, but for other major infrastructure programmes,” said Gareth Davies, head of the NAO.

“To ensure public trust, the Department and HS2 Ltd must be transparent and provide realistic assessments of costs and completion dates as the programme develops, recognising the many risks to the successful delivery of the railway that remain.”

The NAO reports states that HS2 Ltd did not account for the level of uncertainty and risk in the programme when estimating the costs of Phase 1 in April 2017. It used an inappropriate method for calculating contingency funding at such an early stage of development, setting aside just £7bn.

Commitments made to parliament regarding increasing tunnel lengths and installing noise barriers along sections of the track have further added to the overall cost. The NAO says that HS2 Ltd now has greater confidence in its figures after revising its estimate for Phase 1, but also points out that significant challenges remain in completing the project and delivering value for the taxpayer.

Michael Gross, former owner of the Euston Estate which was sold to HS2 Ltd under compulsory purchase, said that even though the NAO’s report was critical of the project, it did not paint a complete picture. He claims land purchases between London and Birmingham were underestimated by a factor of five.

“Whilst the NAO report makes grim reading for HS2, it was out of date even before it was released,” said Gross. “This week’s leak from the Oakervee Review predicts that a total spend of £107bn is far more realistic. This would put the project closer to 95 per cent over available funding. A high speed rail link between London and the north remains a fantastic concept. However, the current management team has made HS2 unaffordable.

“They continue to deceive the taxpayer that an increase from £33bn to £107bn is somehow the cost of doing business. Untrue. HS2 Ltd repeatedly deceived Parliament and the taxpayer. They undervalued thousands of properties denying landowners up-and-down the line fair and reasonable compensation. HS2 Ltd were well aware that their £4bn fund to purchase all the land between London and Birmingham was short by fivefold.”

Why automotive engineers are struggling with thermal simulation