Scientists at the University of Chicago have developed an adaptive material inspired by bone that strengthens when exposed to vibration. 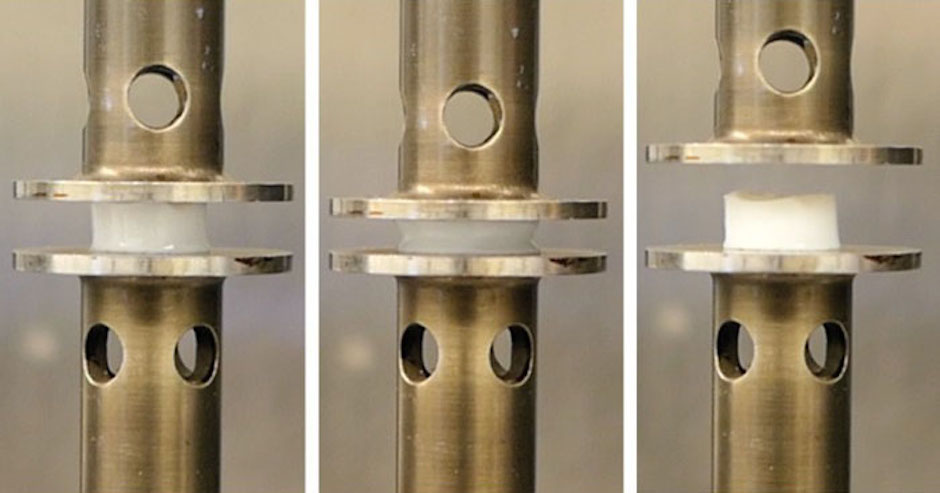 Researchers at the University’s Pritzker School of Molecular Engineering (PME) said that they were able to make the gel material 66 times stronger through vibrations in addition to being able to strengthen only the areas exposed to movement. The team believes it could lead to new adhesives and better ways of integrating implants within the body.

“Every other material becomes weaker when vibrated,” said associate professor Aaron Esser-Kahn, who led the research. “This is the first time we have reversed that process, showing that a material can strengthen itself with mechanical vibration.”

Published in Nature Materials, the study utilised the piezoelectric effect, which gives certain materials the ability to generate an electric charge in response to mechanical stress.

The researchers proposed that such a charge could instigate a reaction within a material and strengthen it, and reportedly tested ‘dozens’ of different chemistries before discovering that a polymer gel mixed with thiol-ene reactors and zinc oxide piezoelectric particles was effective.

According to the team, the particles transduce energy and create a thiol-ene reaction when the material is vibrated, causing the components in the material to cross link. The cross-linking then forms a second network inside the material, strengthening it.

Though the material started as a soft, collagenous material, the scientists said the material was strengthened further and further as vibration increased resulting in a material with similar stiffness to the interior parts of bone.

Researchers hope that the selective strengthening could lead to materials that selectively stiffen, and advances in designing structures – such buildings that could get stronger as they age, or for joining materials in aircraft.

The group is also said to be examining use of the adaptive material in the integration of artificial materials into the human body, for example in hip implants. “No two humans are alike, and a material like this is how we start making materials that behave the same way as those found in biology,” said Esser-Kahn.