Swedish startup Candela has announced it is building an all-electric 30-person hydrofoiling passenger boat to serve the Stockholm archipelago. 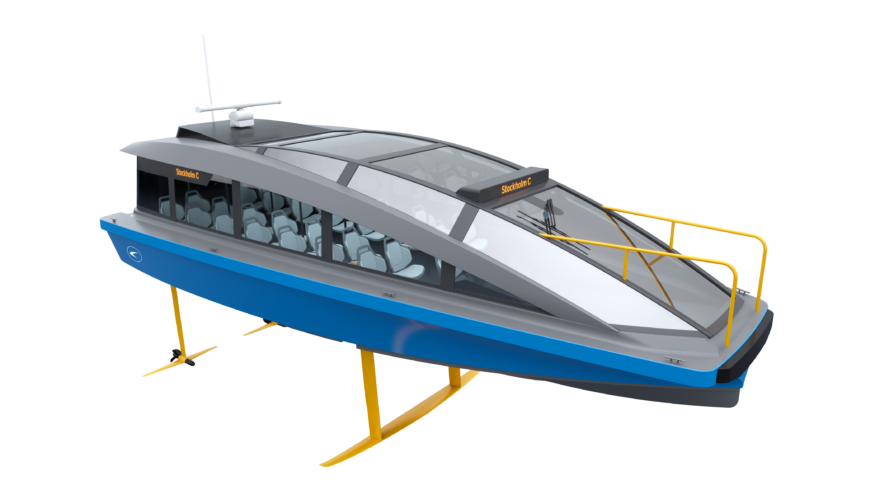 Part-funded by the Swedish transport authority, the Candela P-30 is set to launch in 2022 and begin service in 2023. It will be capable of travelling at its 20-knot cruising speed for more than three hours before recharging. According to Candela, the P-30 will consume about 3 kWh per nautical mile, which is 80-90 per cent less than a conventional ship and comparable to the energy consumption of a modern electric-hybrid bus.

On its launch, the P-30 is set to become the world’s longest-range electric passenger ship, as well as the most energy-efficient fast vessel ever built. A recent report by the municipality of Stockholm estimated the overall cost of operating the P-30 will be half that of the conventional diesel ferries currently serving the 30,000-island Stockholm archipelago. 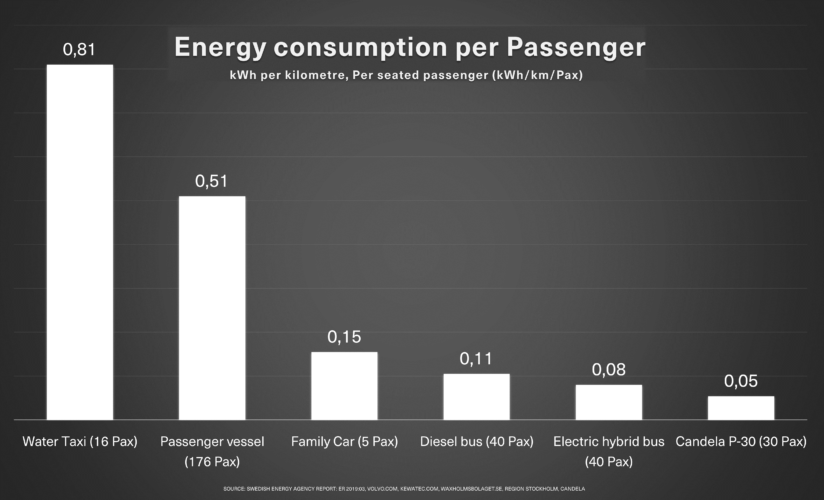 “Today, most of our waterways are unused for mass transit, even though most highways are congested during rush-hour traffic,” said Gustav Hasselskog, founder and CEO of Candela.

“Opening up urban waterways for high-speed electric transport can revolutionise commuting in cities such as San Francisco, Seoul or Amsterdam – at a very low cost. There’s no need to build new infrastructure.”

The company has come to prominence in recent years with its Candela Seven speedboat, a carbon fibre-hulled foiling e-boat that flies above the waves almost silently at a cruising speed of 20 knots. Candela is now scaling up that same technology with the P-30, bringing the efficiencies and comfort of foiling to public transport. Hydrofoiling boats also produce little to no wake, something which should enable them to travel at higher speeds than traditional boats in urban waterways. In an interview with The Engineer for its upcoming cover feature on electric boats, Candela’s Mikael Mahlberg explained how the inefficiencies of traditional boats spurred the development of the company’s technology.

“Due to the high drag of planing boat hulls, they consume about 15 times as much energy as a normal family car,” Mahlberg said. “You can’t really electrify them using current batteries. Even the best lithium-ion batteries have about one-fifteenth of the energy density of gasoline.”

Candela’s solution is submerged hydrofoils that lift the vessel’s hull completely out of the water, controlled by an onboard computer that adjusts the struts of the foil 100 times per second to keep the boat steady at cruising speed.

“The secret to balancing this boat is that the wing doesn’t really have flaps or ailerons like an aircraft wing,” said Mahlberg. “Instead, we twist the whole wing using independent struts that move back and forth, bending and twisting the wing, which is flexible in the middle.

“The brain of the boat is the flight controller, which is basically a computer that we developed in-house. There are six different types of sensors. Ultrasonic sensors in the bow measure wave height in front of the boat at 100Hz, or 100 times per second, to angle the foil optimally and counter the waves. But since the boat is unstable, you have to balance it by using the foil at all times.” 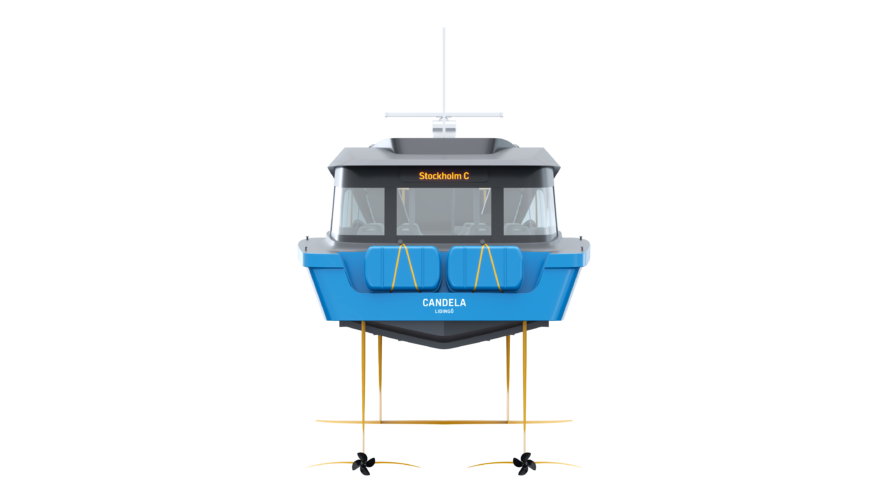 According to Candela, its long term aim for the P-30 is to eventually replace the ageing fleet of 60 diesel boats that serve commuters and visitors across the Stockholm archipelago.

BEEA ’21: ChargePod and the C34 Evolution, Allett crowned Electronic and Mechanical Products of the Year