Parliament has been ‘misled’ over the cost of HS2 and rail improvements can be delivered without building it, claims a new report that puts the cost of the project at £107bn. 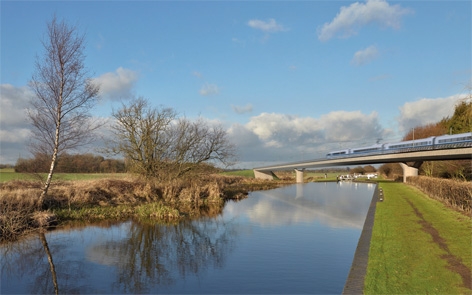 In his report, Lord Berkeley, formerly deputy chair of the Oakervee Review commissioned by the government to evaluate the future of HS2, states that rail services in the Midlands and North can be improved with alternative solutions that are quicker, more economical and would provide commuters in these areas with better daily services. Improvements to the lines to and from London can be delivered without building HS2, which Lord Berkeley said would disrupt and damage businesses, residents and the environment.

This week’s poll: the post-election future of HS2

First proposed by Lord Adonis during the last Labour administration and brought into being by the Conservative-Liberal Democrat coalition government in 2010, HS2 had an initial price tag of £56bn.

According to Lord Berkeley, HS2’s Benefit Cost Ratio (BCR) has fallen below the break-even point of 1:1 and could fall to less than 0.6:1, returning 60p to taxpayers for every £1 spent on the project and falling short of the 2.3:1 BCR used by HS2 Ltd to get the project through various parliamentary stages (Phase One and 2a).

In a statement, Lord Berkeley said: “It is my belief that there is overwhelming evidence that the costs of the HS2 project are out of control, the benefits are overstated and that it potentially will not be delivered to Leeds and Manchester for another 20 years.

“There is also substantial evidence of poor project management and governance, and no sign that this problem will be resolved by the public bodies responsible for its delivery to give stakeholders and government comfort that it is wise to spend over £100bn on one railway project.”

Consequently, Lord Berkeley believes government ministers should acknowledge that the project is over three times over budget and look to approve a new budget estimated at £107bn, with or without a reduced specification and accept that the benefit cost ratio will be substantially decreased.

Ministers should consider also building small parts of HS2 within the Northern Powerhouse and cancel the other parts of it; commit to upgrading existing Network Rail lines in the NPH and Midlands Connect areas. This would deliver earlier benefits to local and regional services and save around £50bn.

“From the evidence I have seen, I believe that Parliament was misled on the question of HS2 costs and that it is highly unlikely that, if it had been given the real cost figures by the Department for Transport, it would have passed the legislation to allow this project to proceed,” Lord Berkeley said. “The inaccuracy of the figures given to Parliament are such that the project HS2 Ltd. is currently pursuing does not reflect the endeavour approved by Parliament.”

Commenting on Lord Berkeley’s report, Darren Caplan, chief executive of the Railway Industry Association, said: “Let us be clear: HS2 is vital for the UK as it seeks to boost its transport infrastructure for the whole country in the coming decades. It will provide much greater capacity by taking traffic off the current rail network, and transform connectivity between economic centres, cities, towns and communities.

“It is already generating thousands of jobs, and billions of pounds and GVA in investment and economic growth across the country and will do even more in the coming months and years as the project gets delivered. What’s more, as studies into HS2 have found, its benefits have been significantly undervalued, with forecasts of 500,000 extra jobs and 90,000 homes created around HS2 stations in the years ahead.

“We urge the Oakervee Review to publish swiftly and the government to proceed with the project as soon as possible.”