Last week, Met police chief Cressida Dick defended the force’s use of facial recognition in London. We asked our readers what they thought about the technology in its current state. 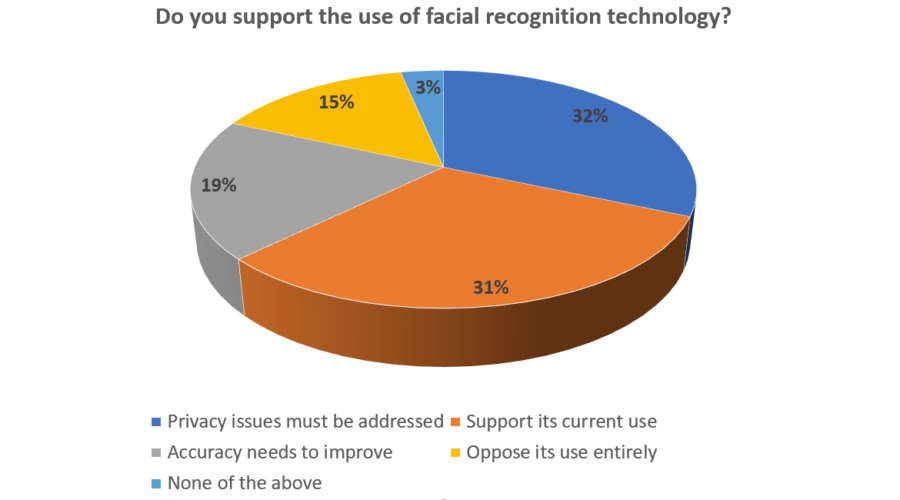 Dick was seeking to dispel what she perceives as several myths regarding the facial recognition techniques used by the Met. The commissioner claimed the LFR (live facial recognition) system does not store biometric data from the public faces it scans, instead only seeking to match faces to those of serious criminals on a watchlist. When a match is flagged by LFR, it is always up to human officers whether to intervene. Dick also claimed that the technology was proven to not have an ethnic bias.

But critics of the technology point to a number of issues. Its current accuracy is under question, with civil liberties group Big Brother Watch claiming that 93 per cent of all those stopped under the Met’s trials were wrongly identified. A recent study from surveillance expert Prof Pete Fussey of Essex University found that the Met’s technology was verifiably accurate just 19 per cent of the time.

The results of our poll indicate just how divisive the issue is, with 31 per cent supporting its current use, but 32 per cent saying privacy must be addressed. Almost one in five (19 per cent) believe the accuracy of the technology needs to improve, while a substantial 15 per cent of respondents oppose the use of facial recognition systems completely. Just 3 per cent chose the ‘none of the above’ option. Needless to say, there was also a panoply of opinions below the line.

“Like so many technical innovations, what is a force for good has also significant capability of being a force for bad,” wrote Nick Cole. “It will be far too easy to misuse and we would not even be aware of its use and incapable of monitoring what it is being used for.”

Les commented: “The police should not deploy this system without government authority and independent scrutiny. The pros & cons must be discussed in Parliament and deployment made dependant upon agreed robust safeguards.”

Others were less concerned about misuse of the technology and viewed it as a natural step in the fight against crime.

“The paranoid amongst us are at it again,” said Steve. “We have speed cameras to catch those speeding – we don’t track and record those not breaking the limits. In the same way, Facial Recognition is a tool to aid catching a limited range of suspected criminals, not to log everyone everywhere.”

Some readers claimed that in comparison to big tech firms and their knowledge of us, LFR was no big deal.

“Compared to what Facebook, Amazon and Google know about us, where we are and have been, about what we are likely to do and about our plans, this is trivial from a ‘big brother’ point of view,” wrote Barry J. “CCTV has helped with crime solving, if this helps then I am all for it. I would sooner a crime fighting organisation e.g. the police, have information about me than a private company which is only in it for profits.”

It’s a debate that will no doubt continue for a long time to come, and our comments section will remain open for Engineer readers to air their views. As ever, all comments will be moderated.