The challenges of juggling parenthood and being a professional engineer are being tested to the maximum right now with home working the norm and the kids being home schooled. 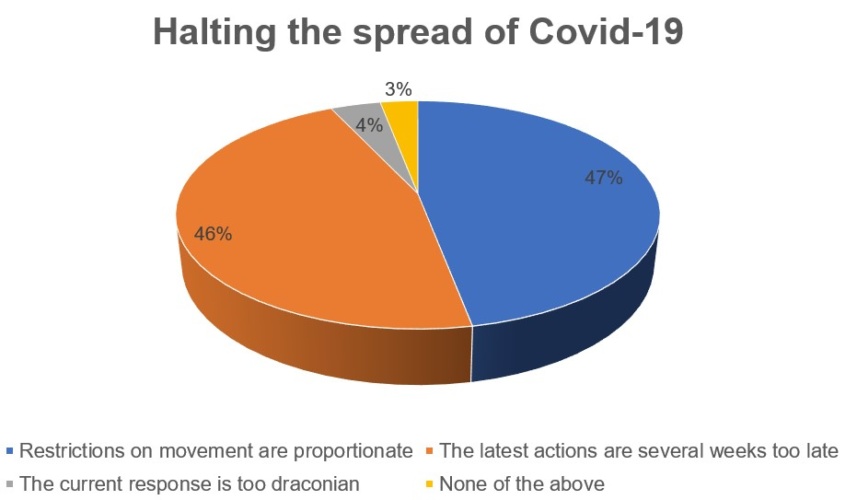 As a nation, we are collectively heeding the call from Boris Johnson to ‘stay at home’ and following the guidelines about restricting our movements and practicing social distancing. This is all being done in a bid to reduce the spread of Covid-19 and therefore ease the strain on the NHS, which is seeing around 1,000 coronavirus-related admissions per day.

There have been well-publicised incidents of people flouting the new rules and suggestions that No.10 might impose even stricter restrictions on our movements as a result. There have also been reports suggesting an over-enthusiastic response from the police in enforcing the PM’s wishes, particularly in Derbyshire where the local force has sent drones into the sky to identify walkers deemed to be participating in non-essential exercise, and adding dye to the Blue Lagoon beauty spot to deter swimmers.

Nobody wants to see situations similar to those that emerged in Italy and Spain, so last week we asked if restrictions on movement are fair and likely to help slow down the transmission of Covid-19.

“As usual too little too late, those that flew in unchecked from the ‘hot spots’ will have already spread the virus, and its exponential transfer rate will hasten the point at which overload will be driving treatment decisions,” said Norman Wilson.

“What annoys me is not that the measures have been imposed, but that they are imposed immediately without prior warning and with insufficient explanation and clarification,” added SJ. “It would help if we had 24h warning so people had a chance to get their life in order a little.”

“It was an inevitable move, but more could have been done sooner. Instead of vague and confusing messages such as be prepared to self-isolate for 14 days for example, stay away from work and so on,” said Nick Cole. “There should have been contingency plans in place to deal with the inevitable consequences of those suggestions. Told to be able to self-isolate, the first thing that people will do is stock up! As supermarkets only hold around 1 weeks’ worth of stock, of course they would run out.”

What do you think? Let us know in the comments below, which are moderated in line with our Guidelines for Readers.