The failure of some of the Project Birch talks has highlighted the fact that greening the manufacturing industry is anything but straightforward, says RSK’s Warren Percival.

Every company now wants to say it’s working towards carbon net zero. But for the manufacturing sector that can seem an almost impossible challenge, despite the fact that private and public funding is increasingly being tied to sustainability targets.

The UK government has been in high-profile talks with some manufacturers about COVID-19-related bail outs which have net zero carbon strings attached. While the Project Birch scheme has resulted in some manufacturers – including Celsa Steel – obtaining government funding, others have found it difficult to contemplate decarbonising operations while simultaneously safeguarding jobs in a recession.

For example, Welsh MP Stephen Kinnock spoke out about the prospect of job losses if Tata were forced to shut its Port Talbot blast furnaces and replace them with electric arc furnaces. However, climate change is advancing so fast that we can’t afford to put decarbonisation into the ‘too difficult pile’ for the duration of the health crisis.

Risks will only increase as the impact of climate change intensifies

The failure of some of the Project Birch talks has highlighted the fact that greening the manufacturing industry is anything but straightforward. A bar as high as net zero can seem unachievable for an industry that requires so much energy. Manufacturers have already spent considerable time and effort to achieve some of the challenges over emissions that they control directly. To reduce such emissions further they might have to make major changes with significant Cap-Ex implications, and replace machinery with alternatives that would probably need new or retrained operators.

For this reason, it can seem as though the only way for manufacturers to reach net zero is to pay large amounts of money to offset their emissions by participating in, for example, a reforestation project on the other side of the world. Such projects are of course extremely important. But funding them while leaving the business activity which is being offset unchanged is, ultimately, a form of greenwashing.

Yet it’s within the supply chain that further emissions reductions can be most easily made. For too long, manufacturers have been making decisions about their supply chain based on cost and ‘just in time’ requirements, with some of the more difficult challenges on carbon intensity within the supply chain being harder to negotiate. But not only are there sometimes relatively cheap wins once you get into the detail of the supply chain, there are added benefits for the business. 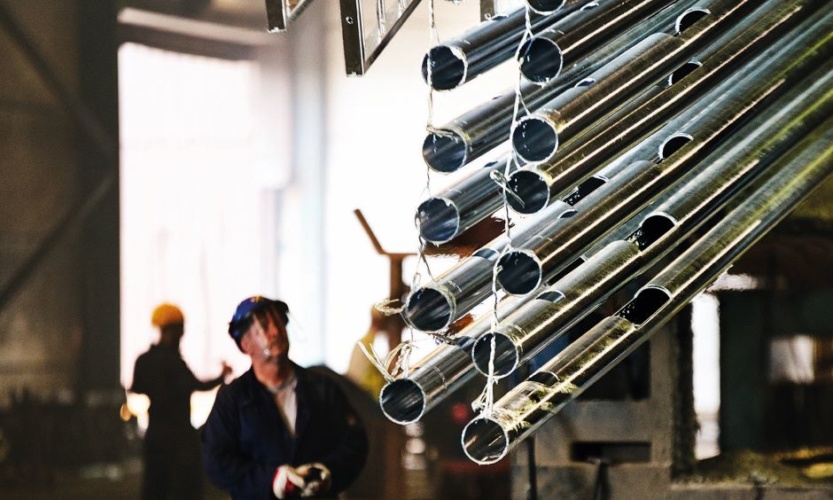 Many manufacturers don’t know exactly where their raw materials come from. This means they also don’t know about the risks that their supply chain is facing and when and how raw materials might dry up. Doing the hard work to green your supply chain means that you actually get to address the unquantified risks that exist there. These risks will only increase as the impact of climate change intensifies and manufacturers are exposed to fast and unpredictable change and economic uncertainty.

You don’t want to find yourself in a situation where you can’t get hold of raw materials, or are forced to change them for other reasons. For example, food manufacturers may struggle to secure enough of a particular ingredient after a bad harvest. Or beauty product manufacturers may be faced with the reputational risk associated with the impact of palm oil production on habitat loss and endangered orangutans.

Identifying and reducing supply chain emissions can therefore help build resilience within the business by identifying risk, as well as helping you make steps towards achieving net zero. And a resulting reduction in overall emissions will give you increased scope and time to address how other more capital intensive programmes aimed at reducing your direct emissions can be implemented at a site level. Finally, the greening of supply chains has the wider environmental social governance benefit of improving local justice and remedies for the people who supply your raw materials.

Warren Percival is a director at environmental consultancy RSK