Engineers in China have developed a highly flexible, low-cost robotic gripper that mimics how sea anemones capture their prey. 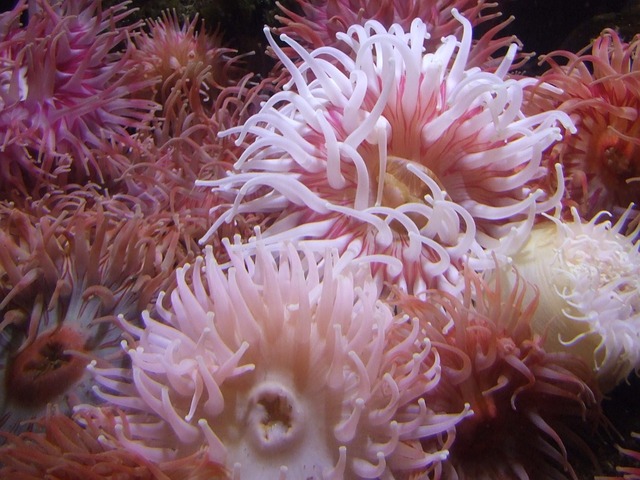 The doughnut-shaped gripper captures and releases objects by crimping its thermoplastic skin, controlled by liquid pressure in the ring. By adjusting factors such as the length of the skin and the direction in which it rolls, the researchers were able to control whether objects were grabbed, fully engulfed, or released. The team, made up of scientists from China’s Tsinghua University and Southwest University of Science and Technology, said the robotic torus is highly adaptable and can be used to exert different types of grip across a wide range of objects.

“We found that sea anemones can capture sea creatures with different shapes and sizes, so we decided to investigate the mechanism of the predation strategy, and we believed that the study would be helpful to the design of adaptive soft graspers,” said Weifeng Yuan, author of the study, which appears in Applied Physics Letters.

“Our grasper can grasp a steel bar from a table one minute and an egg from a basket the next without resetting control parameters.”

During the study, the team tested the device by latching onto objects ranging from a piece of cloth to a phone and a glass beaker filled with liquid. According to Yuan, the gripper’s biggest strengths are its simplicity and versatility. It has the potential to grasp fragile objects in confined spaces, as well as operate in extreme environments such as the deep sea, collecting organisms or assisting with pipe maintenance. What’s more, the rudimentary nature of the grabbing mechanism gives it a potential advantage over more complex grippers that mimic the human hand.

“In industries, multi-fingered dexterous hands are widely used to perform grabbing tasks, said Yuan. “However, these end-effectors consist of a large number of components, like joints and sensors, which are difficult to control.”

According to the team, future improvements could involve increasing the strength-to-weight ratio by using pneumatics rather than hydraulics as the actuating force.