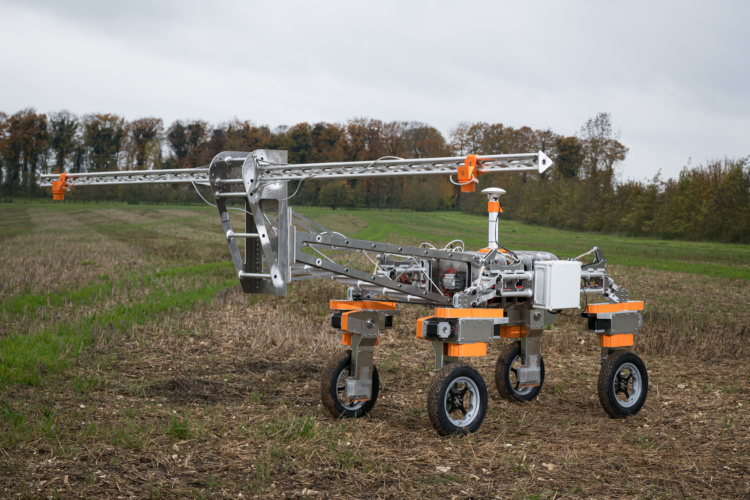 The autonomous farmbot features a double camera system that captures precise plant data and enables farmers to monitor crops on an individual level. According to SRC, Tom can cover around 20 hectares per day, feeding about six terabytes of data back to an artificial intelligence system known as Wilma, which helps farmers interpret the information. Alongside Tom, SRC has plans for two other robots, called Dick and Harry, which will focus on weed control and planting, respectively.

Tharsus, which builds Ocado’s warehouse robots for sale overseas, will work with SRC to finesse Tom’s design before producing an initial run of 10 robots. The first of these should be ready in October 2020, with a planned 2,000 hectares being serviced by the fleet come January 2021. Early customers include Waitrose and the National trust, both of which are already part of SRC’s ongoing field trials across 20 UK farms.

“The global opportunity is immense,” Small Robot’s co-founder Sam Watson-Jones, told The Engineer. “We have ambitious plans to tackle the international market: this partnership with Tharsus is critical to reliable delivery at scale. Our intention is that this would be a strategic and longer-term partnership to support all of the robot manufacture for our initial commercial delivery.” 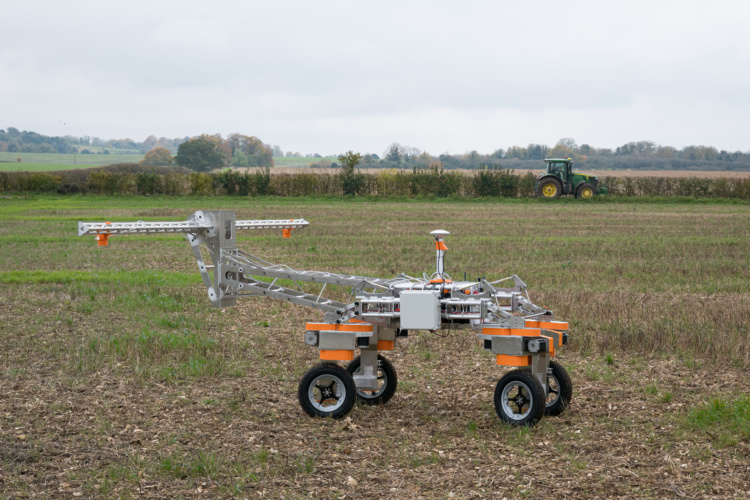 By 2023, SRC plans to be managing 20,000 hectares of UK farmland under a farming as a service (FaaS) model, where all three of the robots work in tandem with Wilma to maximise yield with minimal inputs and waste. Part of that strategy will see the introduction of non-chemical weeding, with the Dick robot delivering high voltage to weed roots to boil them from the inside, reducing the environmental toll of pesticides on farmland. The weed zapping service is not expected to go live until autumn 2021, but Watson-Jones sees plenty of opportunities for the company in the meantime.

“We’re already actively working to monetise other opportunities for our existing technology,” he explained. “This means we won’t need to wait for non-chemical weeding to be developed before we start growing our revenues. There are routes to market for Tom and Wilma into other parts of the agri industry, including machinery companies, seed companies and chemical companies.”