Space Power is collaborating with Surrey University on a project to develop the first in-orbit laser-based power beaming demonstration outside of a governmental organisation.

Funded by the £7.4m SPRINT (Space Research and Innovation Network for Technology) programme, the project will support the company’s plans to build a wireless power beaming prototype for space satellites by 2023, with full commercialisation by 2025.

The project follows on from an initial innovation voucher-funded feasibility study on laser transmission with Surrey University, and will investigate and verify the efficiency benefits that can be gained compared to sunlight.

Its objectives are to develop the Technology Readiness Level (TRL) of the new technology, measure the advantages of laser and sunlight and provide data to enable Space Power to design its prototype for small satellites.

Power demands are outstripping supplies as humanity finds more ambitious tasks for CubeSats, driving operational efficiency below five per cent of the total flight time and necessitating constellations of 100 satellites or more to keep up with data demand.

The team described an ‘impending ecological disaster’ caused by this energy scarcity in-orbit and on the ground, recognising wireless power beaming as a critical technology for the space infrastructure that will provide auxiliary power to increase small LEO (low earth orbit) satellites’ baseline efficiency.

MORE AEROSPACE NEWS FROM THE ENGINEER

Space Power said its first product will be designed as a ‘plug-and-play’ system for satellite manufacturers to include in their offering to LEO constellation customers.

Professor Stephen Sweeney’s group at Surrey University’s Department of Physics and Advanced Technology has developed highly specialised laser laboratories and optical systems that will be used to pursue the project’s technical aspects.

“By focusing on light optics and power beaming, we are looking to increase small satellite operating efficiencies by a factor of between 2X-5X,” said Keval Dattani, director of Space Power.

“There’s a desperate need for more power to deliver the data we need to help tackle climate change, ocean pollution and erosion and telecommunications – currently this is being done at the expense of putting up more, larger satellites than necessary and adding more and more layers of rare earth materials to their photovoltaics, only to seek out an extra five per cent of power.” 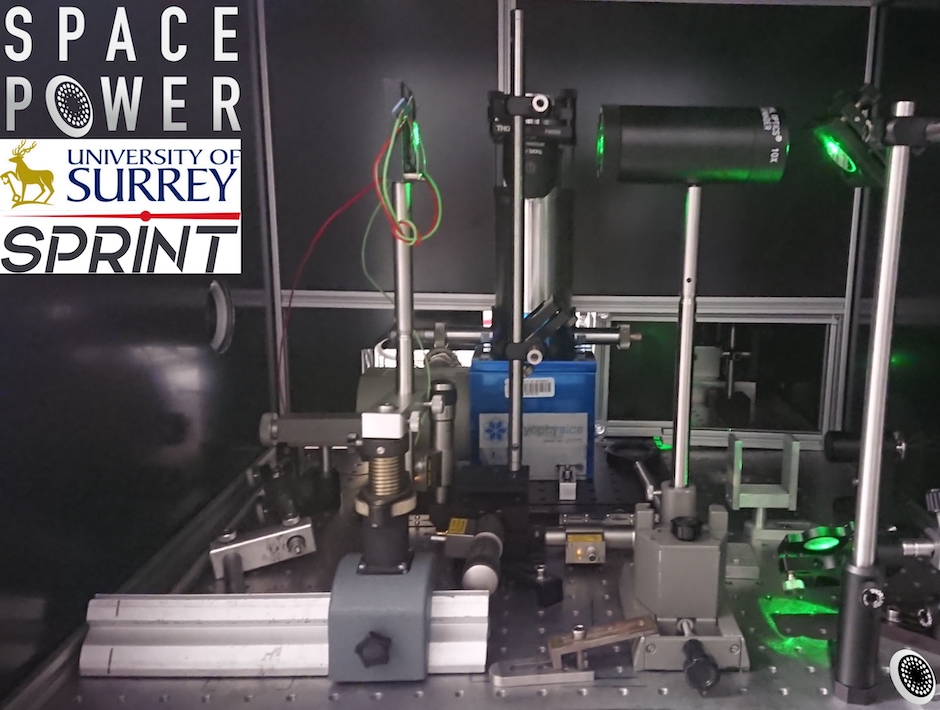 This strategy is unsustainable, Dattani added, demanding more of the Earth’s limited resources against the backdrop of CubeSats’ ‘exploding’ popularity where he said we’ll see problems with orbital over-population and debris.

“We have seen the benefits of powering satellites using lasers which enables smaller satellites, simpler systems and fewer resources – whilst performing more work to help us understand our planet better. For us, this is a neat solution with long term benefits, not least for lunar outposts and asteroid mining but back here on earth too.”

Sweeney, a professor of physics at Surrey University added: “The University of Surrey has a long track record in photonics and space research and brings unique expertise in both high power lasers and photovoltaics. We have many years of experience in optical wireless power and are delighted to work with Space Power to help develop such technologies for space-based applications.”

The rise of the conscious aircraft