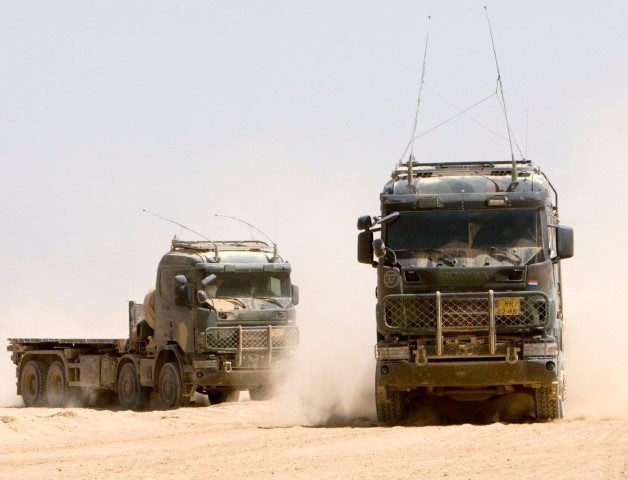 Throughout the long history of warfare, the ability to either acquire enemy intelligence or restrict access to your own has arguably had a greater impact than any other factor on the outcome of conflict.

This is particularly true of today’s fragmented, tense, and increasingly unpredictable world. And today, the requirement to stay one step ahead of the enemy by controlling and impacting the flow of intelligence is arguably the defence sector’s biggest driver of innovation.

At the forefront of this fast-paced field is L3Harris. One of the company’s UK divisions, located in Tewkesbury, Gloucestershire, designs and develops a host of advanced electronic systems for applications ranging from cybersecurity to infrastructure protection. But one of its biggest areas – accounting for around fifty per cent of its activities – is electronic warfare (EW). Here, it develops technologies ranging from electronic surveillance systems able to track, monitor and intercept enemy communications; electronic counter measures systems able to repel attacks by hostile forces; right through to the electronic attack systems that can be used directly impact an adversary’s abilities.

Talking to The Engineer, James Parker, the Engineering Manager for the EW side of the business, explained that technology developed by the Tewkesbury team has helped keep British soldiers safe in Iraq and Afghanistan and is now used by a wide range of customers around the world.

Key products developed by the team include its SMARTSCAN portfolio, which is designed to intercept enemy communications, and Broadshield – a family of electronic counter measures products that can be used to jam the electromagnetic spectrum; either hampering an adversary’s ability to communicate, or preventing it from listening in to critical communications. “All jamming equipment is about confusing the receiving signal,” explained Parker. “It’s like trying to listen to a conversation in a room full of loud music. It basically confuses the receiving device with loud and unexpected signals.”

Another key technology developed by the organisation is its recently launched CORVUS technology platform, a next generation scalable architecture designed to help defence and security agencies build different systems out of common software and hardware blocks. “Like all other industries, there’s a growing appetite for modular, scalable open systems,” noted Parker.

Originally unveiled in 2018, the technology was developed to enable security forces to react more rapidly to emerging threats and to develop systems that combine a range of capabilities. For instance, the first technology to use CORVUS was L3Harris’ personal electronic counter-measures system, a body worn system that combines electronic surveillance, electronic attack and force protection capabilities.

Developing technology for this environment presents a number of unique challenges, said Parker, not least the requirement to develop systems that can withstand the demands of some pretty unforgiving environments. “Design for rugged applications is a lot more challenging than for more consumer type technologies in terms of extreme temperature range, shock and vibration and all those sort of things,” he explained.

But perhaps the biggest challenge is responding to the evolving demands of a rapidly shifting global security climate. “Over the past decade it’s been dominated by non-peer adversaries, but now people are more worried about peer states and adversaries that are more capable,” he said.

For Parker, the requirements of responding to this fast-paced environment is one of the great attractions of working for the business. “If you enjoy working on a project where you can see it through from the beginning to end it’s really attractive,” he said. “It’s not like working on an aircraft carrier or something where it’s 20 years of work. A project can often be done in a relatively small amount of time – i.e. 18 months to two years – so you see the full lifecycle from beginning to end.”

Another attraction is the range of skills that are brought to bear on the problems at hand and the degree to which this drives collaboration between engineers from different disciplines: “It’s multidisciplinary so it covers the full scope in terms of systems engineering, mechanical , electronics – analogue, digital and RF,” said Parker. “We also do a lot of FPGA firmware development and embedded software and user interface development as well so you do get to work on the full scope of an entire product and not just a particular component.”

This multidisciplinary environment is reflected in the company’s current skills requirements: it’s currently on the looking for a range of engineers from systems engineers, through to software engineers and digital hardware and FPGA technology.

For anyone considering a move into the sector, Parker is effusive about the culture and opportunities that they will find at L3Harris. “It’s got a good family atmosphere in terms of having a close working relationship with your colleagues,” he said. “People are well motivated and striving towards a common goal and there’s a wide variety of work. I find it interesting and have been able to work on different things and learn more skills. I still learn something new every day!”

Reshoring UK manufacturing: how, why and who?