The connected and autonomous vehicles (CAV) market could be worth as much as £28bn by 2035, bringing with it 37,300 jobs. Adrian Bedford, Head of Software at StreetDrone, a company that provides vehicle manufacturers and organisations with the technology to connect to autonomous transportation networks, talks about the challenges of filling those roles

From an engineering skills viewpoint, what actions need to be taken now to realise the potential of the CAV market?

A recent report we published with the Centre for Economics Business Research (Cebr) reveals that, although the switch to driverless cars will create 10,000 net new positions in the UK by 2035, the number of jobs being created will outpace the number of young people emerging with the right skills by at least 5 percentage points.

This means there’s more to be done by businesses, educational institutes and facilities to help the next generation of engineers get the right skills. If we’re going get more of the UK’s brightest brains involved in the CAV industry, this will mean more courses and training, and ultimately, the right funding and resources.

Our goal at StreetDrone is to help give organisations access to technology which previously was only available to companies like Tesla, Uber and Google. With more access to testing, more people will be able to build and test applications and software which will improve the quality of self-driving technology.

Membership of the EU has allowed companies to ‘import’ skills with relative ease compared to non-EU employees. What fears – if any – do you have for the wider engineering sector following Brexit in March 2019?

As it stands, the UK isn’t generating enough skilled workers to meet demand in the autonomous vehicle sector, and our report shows this gap is set to widen unless we take action. This could undermine the UK’s ambitions to become a global leader in the field of CAV.

Ultimately, to make sure we have the right skills to fuel the growth of the autonomous vehicle industry, we need the brightest brains tackling the issue, no matter where in the world they come from. The success of StreetDrone relies on hiring talent from both the UK and further afield, including the EU. In fact, several of our most talented software engineers are from the EU and the rest of the world. As building autonomous vehicle technology requires specialist skills – without these specialist skills, as a UK-based start-up, we won’t be able to grow quickly and compete with the rest of the world in this sector. 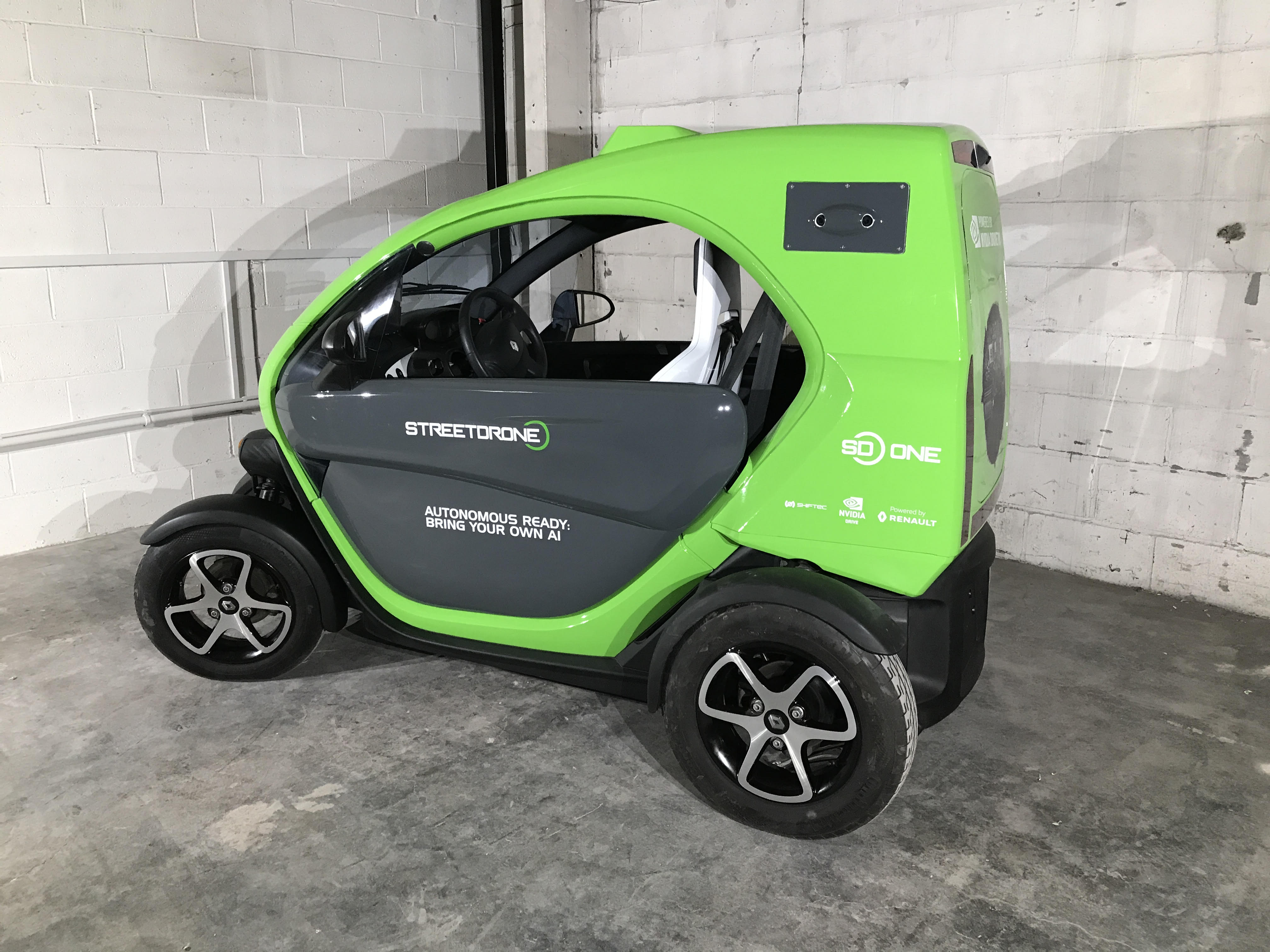 AFVs are slowing gaining market traction and CAVs are expected on our roads by 2021. Formula E has shown that batteries can support a race format with a global reach. In what ways are these shifts in the automotive/mobility industry helping to inspire next generation engineers?

Until recently, the AV industry has been seen as an emerging, and still nascent sector, but in the last couple of years we’ve seen a huge shift. The global driverless car market is now predicted to be worth over $500 billion by 2035, as more and more companies start to develop technologies for the AV industry.

For the next generation of engineers, there has never been a better time to look for a job in the autonomous vehicle industry. As well as jobs in the automotive sector building the cars themselves, as the industry develops further there will be wide and varied skills needed to develop the AI and software that drives the cars as well as the infrastructure that will allow the cars to run on public roads, including many more applications that we haven’t even considered yet. For example, we may see more technology like we’re developing at StreetDrone, which gives organisations the AV platform to develop their own self-driving applications, without having to invest the time and money creating a self-driving vehicle.

Future CAV engineers & technicians will come from a variety of technical disciplines. Should more be made about the portability of skills, so that young engineers don’t see themselves as being ‘pigeon-holed’?

Absolutely – adapting between different skills will play a huge role for future engineers. Currently, there is only one university in the UK offering dedicated courses to the CAV industry, meaning that companies hiring engineers will need to look beyond these direct skills and experiences.

For example our engineers at StreetDrone range from the worlds of motorsport, computer engineering and aerospace engineering, all of whom have had to adapt and transfer their previous skill sets to meet the needs of a bleeding edge technology.

The success of StreetDrone relies on hiring talent from both the UK and further afield, including the EU

Similarly, will automotive companies be able to compete with non-engineering firms in terms of remunerating graduates with good IT/software/programming skills?

This is a real concern for automotive companies. We need to ensure we are doing everything we can to stop engineers with relevant skills heading for more lucrative jobs in Silicon Valley and the like.

To do this we need to ensure young engineers see the potential benefits, aside from the remuneration, that the CAV industry can offer. They have the chance to shape an emerging industry, which still hasn’t reached its full potential, and become a leading expert in this space.

What proportion of UK universities will need to run CAV courses to fill the 2035 target of approx. 37,300 people working in the industry?

In short, we need more UK universities to run CAV courses to fill the target. Our report revealed that whilst jobs in the autonomous vehicle roles is predicted to grow by 9.6% annually from 2020, enrolments onto relevant UK degree courses is growing by just 2%.

Currently there are only three undergraduate degrees specifically designed for the CAV industry, all offered by the University of Salford, and just a handful of other universities offering postgraduate level programmes, including University of Warwick and Cranfield University.  Unless this changes, the UK won’t have the home-grown talent to meet demand.

StreetDrone is taking a proactive approach to autonomous vehicle research by supplying universities with StreetDrone One. How many universities have expressed an interest in acquiring the platform, and what specific skills will students acquire by working on one during their studies?

We’ve initially had a great deal of interest from universities in acquiring our platform and with the industry only forecasted to grow, we only expect more interest.

Students will acquire various skills by working with StreetDrone ONE. For example, they can learn industry focused coding skills, becoming more and more familiar with CAN – the current standard for in-vehicle data transfer. Also, through the integration of physical hardware such as LiDAR and RADAR sensors, which we expect to become a standard feature of future CAV vehicles, students will have access to cross-discipline skills – both embedded and AI-based coding.

However, more broadly, StreetDrone ONE will allow students to see the real world outputs of their coding work, not just simulation. By having a tangible test vehicle, they will receive a better appreciation of the real mechanics of a self-driving car and an appreciation of the safety systems and test protocols used in the industry.

In what ways are competing economies preparing themselves for CAV, and what can the UK take from their examples? And are we doing anything in the UK that the ROTW can learn from?

We are also in a unique position as the UK allows driverless car trials to take place on public roads anywhere, without the need for permission, so long as they are roadworthy and insured. This has enabled tests in Oxford, Cambridge, London and Milton Keynes, and will continue to fuel rapid development.

Alongside this, the UK Government is very proactive in setting up funding competition calls to foster collaboration between domain experts. By working together, their strengths are combined, and the final result will be of a much higher quality.

However, for the UK to be able to stay in the race, we need to make sure we have the right home-grown skills coming from the next generation of engineers, which will require even more investment into the industry.

Q & A Interview: producing a pipeline of industry-ready graduates