Nottingham University is leading a £4.5m trial, exploring the viability of the material biochar for storing CO2 from the atmosphere to fight climate change. 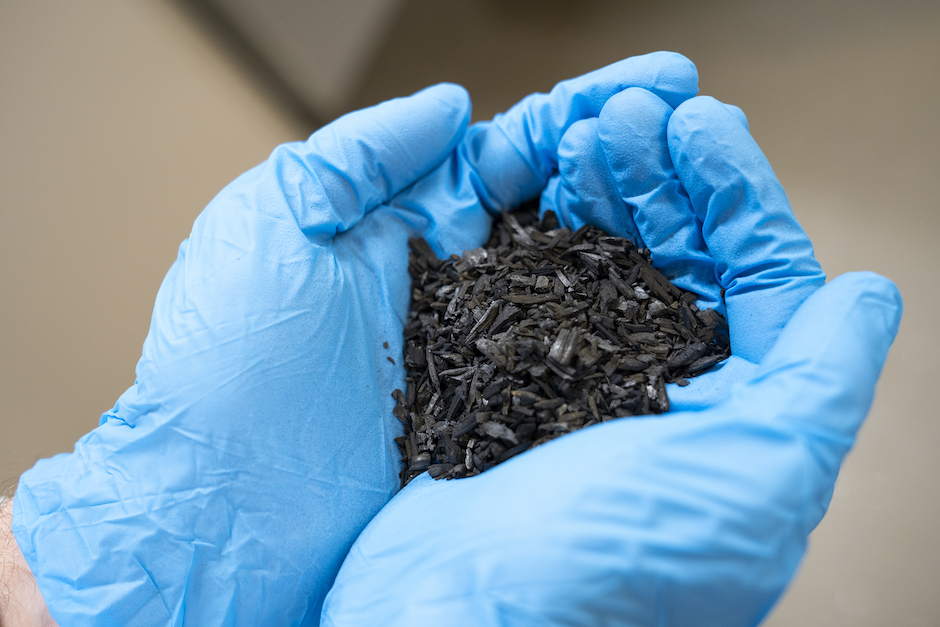 The study is one of five UKRI-funded projects aiming to cut emissions in line with the government’s 2050 net zero target, through the use of Greenhouse Gas Removal (GGR) technologies.

Biochar is produced by heating organic biomass from agriculture and forestry waste in the absence of oxygen (pyrolosis), making it carbon-rich and chemically stable. Currently produced on a small scale in the UK and used as a mulch for horticulture, the substance is similar to commercial-grade charcoal used on BBQs but should be produced at higher temperatures to produce stable carbon.

“The aim is to take carbon from the atmospheric emissions and trap it in the biochar,” said project lead professor Colin Snape, director of the EPSRC Centre of Doctoral Training in Carbon Capture and Storage and Cleaner Fossil Energy.

“That carbon will then be locked in the soil for centuries, if not millennia, so its sustainable production could be a powerful tool in the fight against climate change. However, we need to get a detailed and accurate picture of the longevity and stability of biochar carbon in soils to ensure it has no detrimental impact.”

In order to make a significant contribution to the UK’s net zero targets, Britain would need to invest in multiple large-scale plants, which would produce the biochar in addition to generating renewable heat and power through the gases generated in the charring process.

The team will assess how much biochar can be deployed in the UK without adversely affecting the soil ecosystem, with over 200 tonnes of biochar to be prepared from virgin and recycled wood.

Prior to field application, biochars will be tested at Nottingham University, where assistant professor in Fuel Science and Technology Dr Will Meredith will analyse its characteristics, stability of carbon held and its degradation rate over time.

Work began this month (May 2021) and field trials will be conducted at arable and grassland sites in England and Wales, as well as woodlands, former mines and railway embankments where engineering work has resulted in loss of vegetation. A maximum of a few tonnes of biochar per hectare will be applied to investigate the effect on fertiliser, soil health and plant and microbial responses.

“Chemical analysis will tell us how much of the carbon applied as biochar is actually locked away in the soil long-term, and how much goes back out into the atmosphere as CO2,” said Dr Meredith. “This will show how effective large-scale biochar deployment could be as a method of greenhouse gas removal.”

The biochar will also be used on sites where the land is contaminated with heavy metals from prior industrial use. Biochar acts as an absorbent, binding metal pollutants to its surface which immobilises them and reduces toxicity over time.

Environmental biologist at Nottingham University, Dr Helen West, will monitor land composition for the project, assessing how biochar could be used to improve soil and enhance carbon levels that may have been depleted in soil due to farming practices.

Farmers will be key stakeholders on the project, which will also evaluate non-carbon uses that would elicit agricultural benefits including preventing agricultural run-off of nutrients and pesticides that can degrade water quality, reducing nitrogen losses from composting and preventing ammonia release from poultry farm buildings.

Paul Wilson, professor of Agricultural Economics and co-investigator said that industries such as aviation could consider paying farmers to apply biochar on their fields in order to offset carbon emissions from air travel.