The chancellor Rishi Sunak has set out a ‘Plan for Jobs’ as part of the UK’s economic recovery from the Covid-19 pandemic. 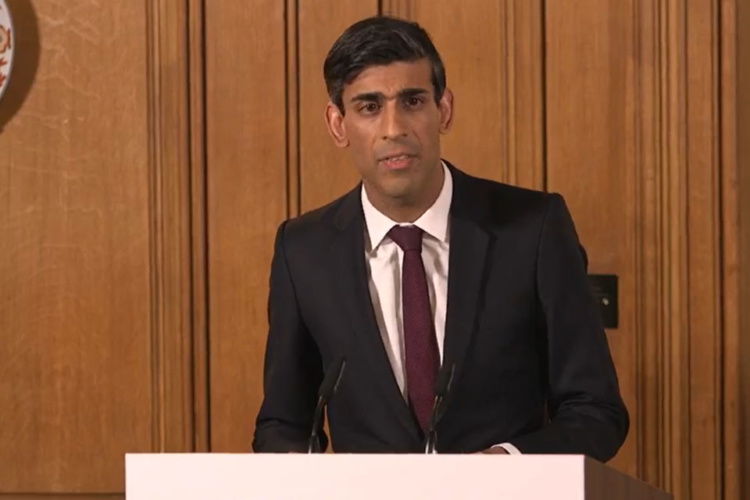 Delivering his Summer Economic Update in Parliament, Sunak announced measures to support jobs and give businesses the confidence to retain and hire staff.

The chancellor’s plan is designed to support jobs by focussing on skills and young people, to create jobs with investment in shovel-ready projects and by decarbonising infrastructure.

Sunak said: “Our plan has a clear goal: to protect, support and create jobs…To create jobs in every part of our country. To give young people a better start. To give people everywhere the opportunity of a fresh start.”

As part of the plan to support jobs, a Job Retention Bonus is being introduced to help firms retain furloughed workers. To this end, UK employers will receive £1,000 for each furloughed employee who is still employed on 31 January 2021.

“I think the furlough scheme closing is a good call as it will encourage companies to make decisions and not prolong the uncertainty,” said Rowan Crozier, CEO of precision manufacturing firm Brandauer. “The retention bonus is a good idea, but not sure it is a big enough bonus to make employers think twice about letting people go.”

A new £2bn Kickstart Scheme will also be launched to create new, fully subsidised jobs for young people. Those aged 16-24 and claiming Universal Credit will be eligible. Funding available for each six-month job placement will cover 100 per cent of the National Minimum Wage for 25 hours a week and employers will be able to top this wage up.

A total of £1.6bn will be invested in scaling up employment support schemes, training and apprenticeships to help people looking for a job.

This includes £2,000 given to businesses for each new apprentice they hire under the age of 25. According to HM Treasury, this is in addition to the existing £1,000 payment the government provides for new 16-18-year-old apprentices and those aged under 25 with an Education, Health and Care Plan.

A £111m investment will be made to triple traineeships in 2020-21, and £17m of funding is expected to triple the number of sector-based work academy placements in 2020-21.

“Today’s initiatives announced by the chancellor should be warmly welcomed by engineering and manufacturing companies,” said Stuart Lawrence, Managing Director of Rhino Doors. “As an SME with bases in both Wales and England and supporting major infrastructure projects across the UK and beyond, the provisions within the announcement for job creation are especially important…the chancellor’s plans such as the “kickstart scheme” and pledge to create 30,000 new traineeships in England will help companies such as ours to create further new jobs and prevent a lost generation.”

Sunak said jobs will be created also by bringing forward work on £8.8bn of new infrastructure, decarbonisation and maintenance projects.

This includes a £3bn investment package that could help support around 140,000 so-called green jobs and upgrade buildings and reduce emissions.

As part of this package homeowners and landlords in England will be able to apply for vouchers from a £2bn Green Homes Grant scheme to pay for improvements including loft, wall and floor insulation that could cut energy bills and create jobs for tradespeople.

“Green grants to homeowners are a good idea, not only to put money in homeowner’s pockets but also to keep focus on our pledges to target the climate crisis,” commented David Barwell, AECOM’s Chief Executive Officer, UK and Ireland. “As the future of work moves away from the reliance on traditional office-based routine to more flexible remote working, it’s vital that we reduce the carbon emissions generated by our homes, making them as efficient and green as many of our traditional office buildings.”

Sounding a note of caution, Crozier said: “The Green investment doesn’t really hit the spot for manufacturers. We need to drive technology adoption and new innovation, not focus on retrofitting.”

Meanwhile, Mike Hawes, chief executive of motor industry trade body SMMT bemoaned a lack of support for the UK’s beleaguered automotive sector which has already seen thousands of job losses due to the pandemic. “It’s bitterly disappointing the Chancellor has stopped short of supporting the restart of one of the UK’s most important employers and a driver of growth,” he said. ”

Hawes called on government to expand its strategy and introduce sector-specific measures to support cash flow such as business rate holidays, tax cuts, and policies that provide broader support for consumer confidence. “Until critical industries such as automotive recover, the UK economic recovery will be stuck in low gear,” he said.

The chancellor’s plans also include £5.8bn to be spent on shovel-ready construction projects to get Britain building as part of the economic recovery, including £1.5bn for hospital maintenance and upgrades, £100m for local road networks, over £1bn to rebuild schools in England, and £1bn for local projects to boost local economic recovery.

“It feels like manufacturing has been forgotten…tax reliefs for innovation, encouragement for consumer spending, industry stimulus packages, where are they?” said Crozier.

Sunak’s announcement follows phase one of the Treasury’s Covid-19 mitigation plan, which included the introduction of the furlough scheme for around 12 million employees.

UK needs national programme to reset and recharge the economy